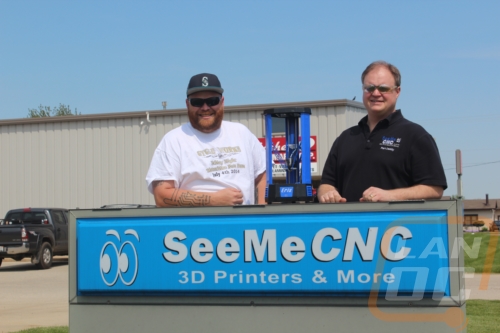 It’s a combination of the kid in me and the maker in me but getting a 3D Printer has been on my short list of things I want to get for years now. I’ve spent a lot of time with things like my plotter designing and making my own stickers as needed. Frankly though 3d printer always felt a little unobtainable both because of the cost and because it seemed like you might need an engineering degree to build and maintain one. Well a few months ago my interest was renewed and I decided that I was going to get one and from then on I spent day and night learning as much as I can, reading anything and everything. I had a few printers in mind but couldn’t decide. One of the companies I was keeping a close eye on was SeeMeCNC, they had been involved with printers for custom PC builds with DarthBeavis, on the Vanilla Ice Project, and even involved with PDXLAN. The problem was for my first printer at least; I wasn’t really looking for a build it yourself kit. I feel capable of doing that, but I just really wanted to dive into it quickly rather than a long build time prior. The other problem was even in the kit form their printers were a bit higher than I was budgeting. Well when looking at them I found out that they are actually within a drive away and I reached out about visiting. It just so happened that they were also introducing their long awaited Eris, a smaller, cheaper, and more portable model that comes factory build. I went and visited their factory and picked up the first Eris and have been getting a feel for it all. Today I’m going to give a quick run through on what 3d printing is all about, go over my visit with SeeMeCNC, then tomorrow I will dive into the Eris and my overall experience with it.

What is 3D Printing

Before we jump into this I do want to be clear. I am in no way an expert in 3d printing. Like I said before this is my first printer and like a lot of you I’ve been learning as I go. I’m going to give a general run through on it but if you are interested I would highly recommend spending more time reading into it.

There is a wide variety of types of 3d printing and the materials they work with are just as wide. For our proposes today we are only focusing on what most people think of when you talk about 3d printing, printing 3d objects in plastic. In that space there are three main technologies. The first is Selective Laser Sintering aka SLS, this process uses a plastic powder and a laser that molts the powder together to make your part. This isn’t really a consumer level technology. Next is stereolithography, aka SLA. SLA is really interesting and is growing in popularity in the consumer market. The way this works is a UV laser or a projector shoots up under a vat of resin. The third and by far the most popular method is fused deposition modeling aka FDM. FDM uses a plastic filament that is fed into an extrusion nozzle and it is heated up and extruded into small lines to form layers. 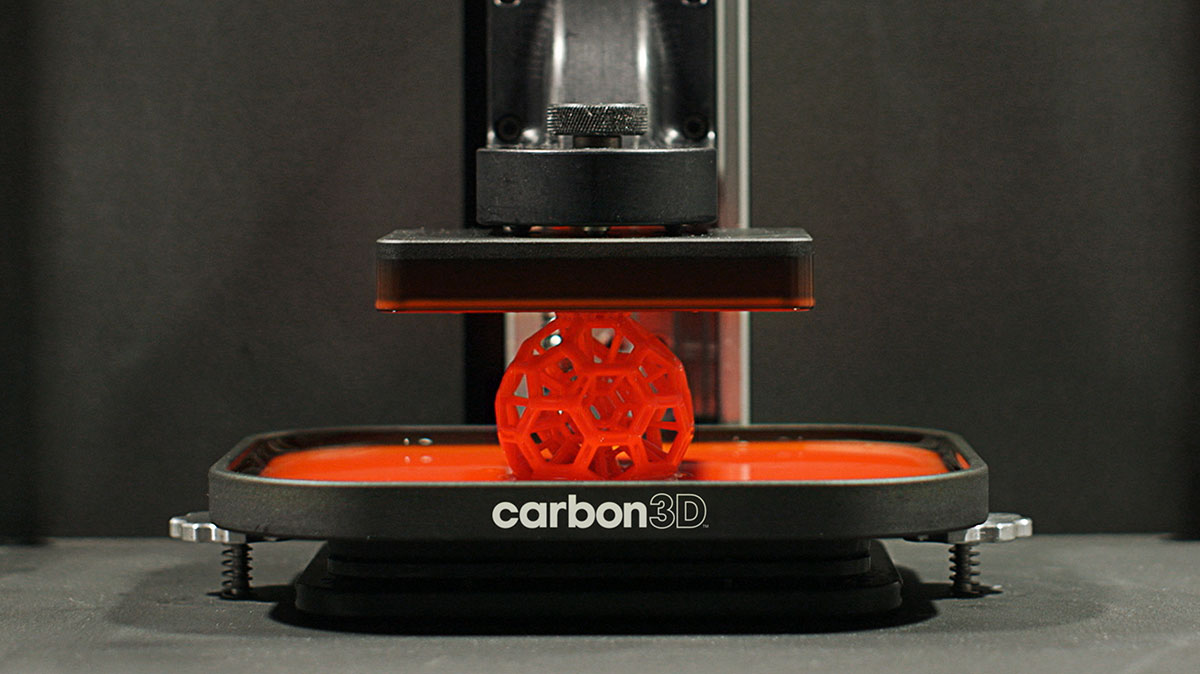 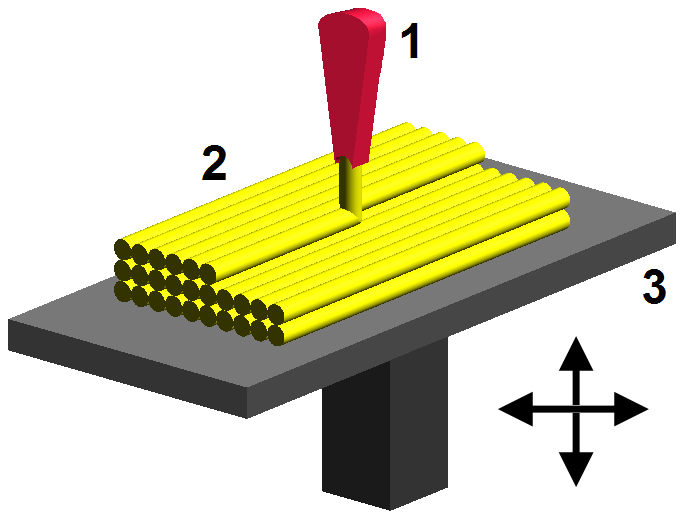 FDM printers are basically what most people think about when you talk about 3d printing and when I set out looking at printers is it the technology that I was focused on. Most of the printers on the marker have revolved around the open source community, specifically the RepRap project. This was originally an initiative to develop a low cost 3d printer that can print most of the materials to replicate itself.

There are a lot of FDM designs but there are two variations that you will run into when looking at consumer printers. At their core every FDM printer needs to be able to move on X, Y, and Z axis. The most popular type is a Cartesian 3d printer. These have a square print bed and for the more post you will find models were the extruder moves in X-axis and Y-axis and then the print bed moves in Z-axis. There are other variations on this design that have the print bed not moving at all, or sometimes in X or Y. The other design is called a Delta 3d printer and this is what SeeMeCNC focuses on. Delta printers have a circular print bed that never moves. This design uses three posts with three sets of arms (one per post) that, each arm moves independently and they are all attached to the hot end. Delta printers started from the Rostock prototype on RepRap and there have been multiple variations on the design from there. 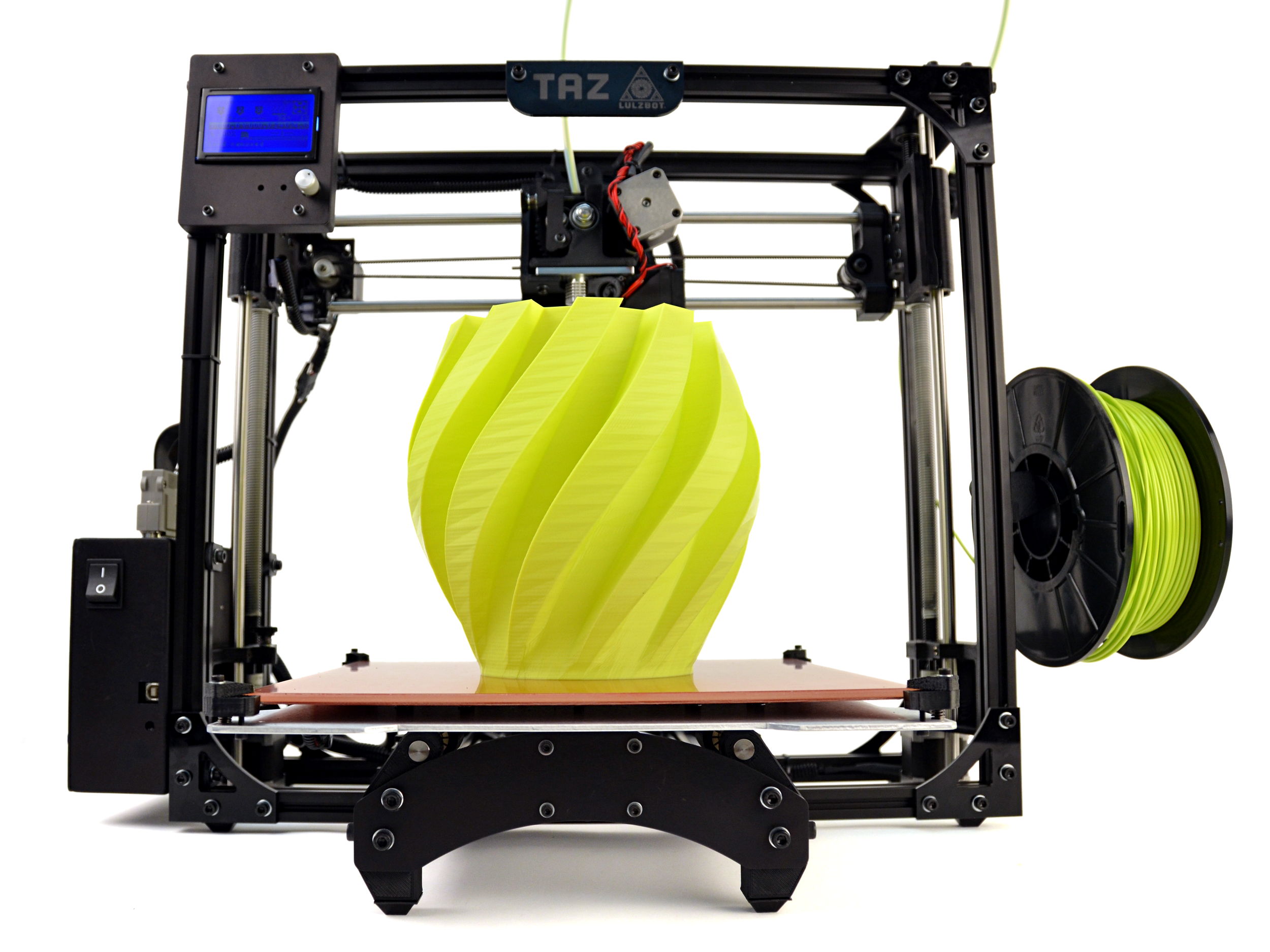 Delta printers are unique even in the 3d printing community and you will find that most manufactures that are selling budget friendly printers stick with simpler four post designs. All of the variations have their own pros and cons. Deltas for example typically have a smaller base area but make up for it in height. They can run faster because there is less weight in the hotend design with the separate extruder and in my personal opinion they are cooler to watch. 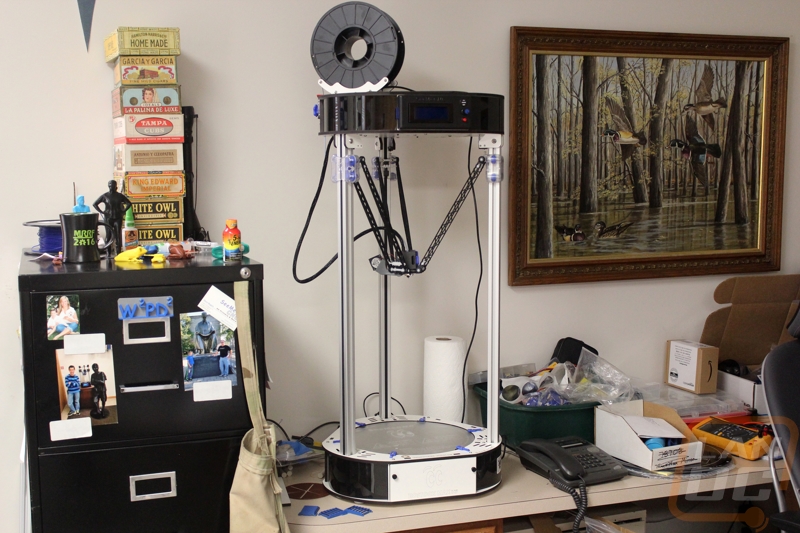 At its simplest form 3d printing is basically like decorating a cake. You have a nozzle and you heat up the plastic in the hot end until it is similar in consistency to icing and the extruder pushes plastic filament into the hotend to force plastic out of the nozzle. All the while your printer is moving in all three axis to lay down the plastic in the design you are looking for.

There are a variety of plastics that you can print with modern printers. The two base plastics you will find are PLA and ABS. PLA is organic, based on renewable resources, such as cornstarch, sugar cane, tapioca roots or even potato starch. PLA is tough but can be brittle, in other words it will hold strong but then break not bend. It prints at a lower temperature and it does not require a heated print bed. This makes it the easiest to print. ABS is petroleum based and non-biodegradable. It prints at a higher temperature and doesn’t hold heat as well as PLA when printing so it typically requires a heated print bed and sometimes an enclosure as well to get the best prints. ABS is more durable than PLA due to its slight flexibility and resistance to heat. There is a wide variety of other materials as well that we can’t really get into here like nylons, flexible filaments, wood, and even carbon.

So what is a printer going to cost you? Well with very few features and questionable quality you can get cheap printers starting at around $200 and the sky is the limit from there. Commercial applications run up into the hundreds of thousands of dollars. Generally, though most consumer designs are in the $350 to $2000 range.

We have 1536 guests and one member online