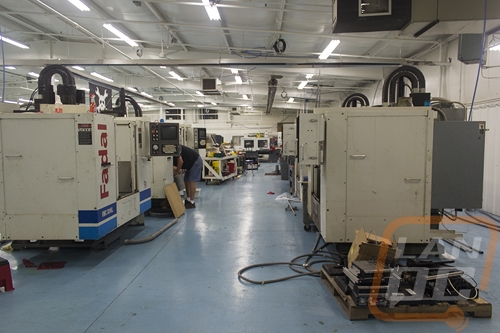 If you have been following my journey through 3d printing you may have seen my visit to SeeMeCNC last year. What you might not have noticed was just how packed they were in their location at the time. In talking to them through a few product launches they had also expressed their interest in moving to a larger location and at one point they even bought the land and were working on plans to build a new building. Well a few months ago I saw the notifications on their personal FB pages about a new building they bought and I scoped it out a little on Google Maps. Well, I waited a little while after their move and checked in to see how the move was going and they invited us to come check it out. Let me just say that the satellite images did not prepare me for just how crazy the new location is. I took a few photos that don’t do it nearly enough justice, so let's do a quick update on my original tour.

So I knew exactly where the new building was. I had seen it on google maps and we had driven by it a number of times. We pass through it going to the original location in Goshen, Indiana. It is located in Ligonier Indiana, a relatively small city of about 4,000 people. Overall the new location cut out about 15 minutes of driving for us from the original trip. Anyhow even knowing where the building was, I ended up driving past the entrance and we thought we turned around on the property next door… Nope as it turns out that property is also part of what I think is better described as a campus or large scale factory. Now keep in mind the old location was about 6,000 square feet and they were packing things on top of each other. The new location, on the other hand, comes in at over 78,000 square feet, making it over 13 times larger. 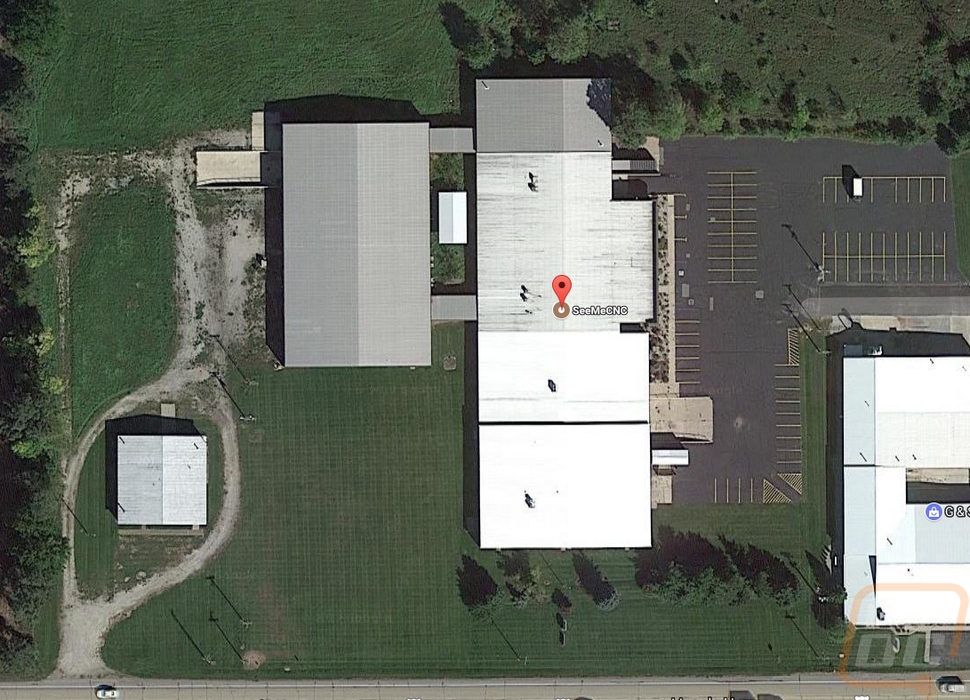 Thanks to Google Earth for the image above

When you come in the front they have an entry way filled with example prints, just like the old place only larger. Sadly though I was so distracted by the size of everything that I didn’t get any picture coming in so we will have to settle for an image from Google Street View. The area on the right half of the building is offices and while SeeMeCNC doesn’t have a new large logo out by the road they do have their smaller logo setup in front of the door. Inside both John and Steve have larger offices and the R&D guys have a lot more space along with a small attached room with a whole row of printers hooked up for testing.

After catching up with everyone and bringing in our own SeeMeCNC Rostock MAX v3 for one of the guys to take a look at (I’ve been too busy to figure out why I was having jams). Steve, my wife, and myself took off around the building to check everything out. The first section we went into, after going through the break room was into shipping and receiving. This one has two loading docks and is much larger than the previous location altogether. They are still getting things setup and where they want them but now with everything spread out they have room to hold a lot more back stock. The filament area is expanded and you can see multiple empty shells where they plan on adding a lot more from Atomic Filament who moved from California to rent space in the new SeeMeCNC building. Having them on site should make keeping things in stock easy and Atomic is well known for their quality. 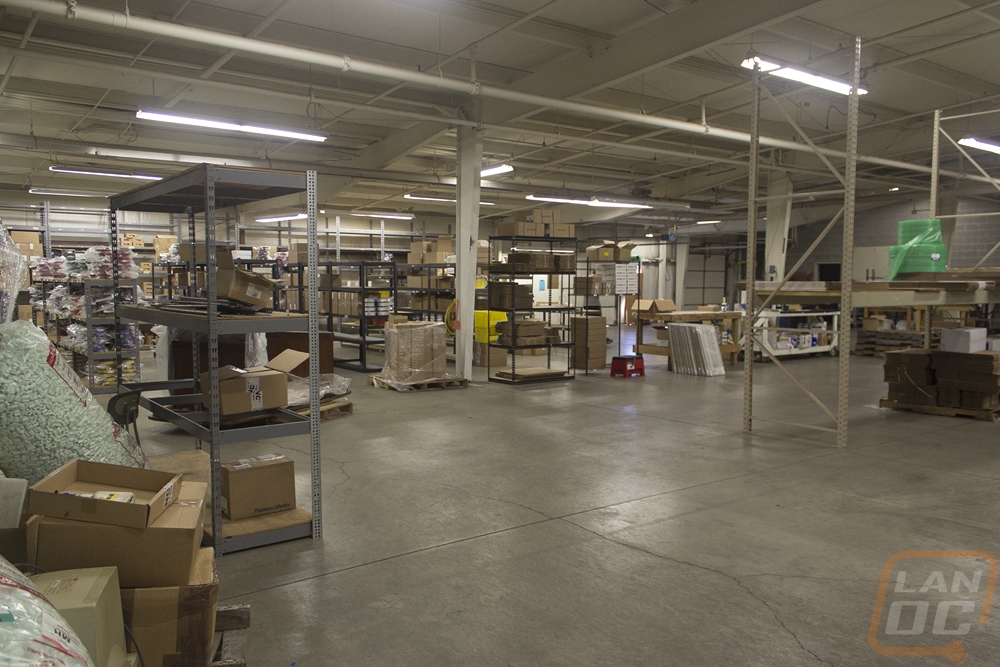 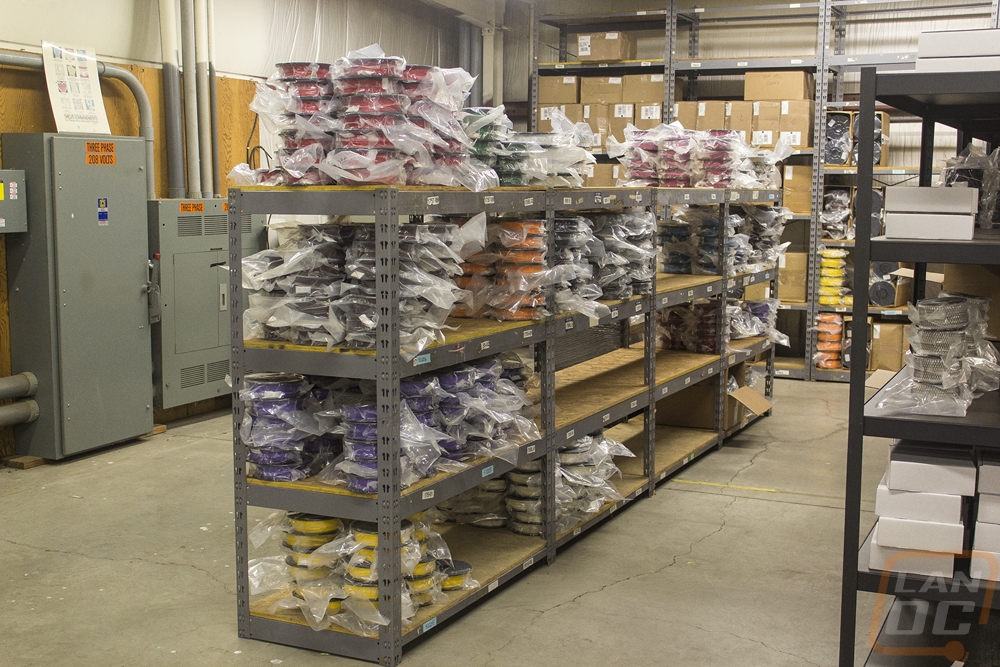 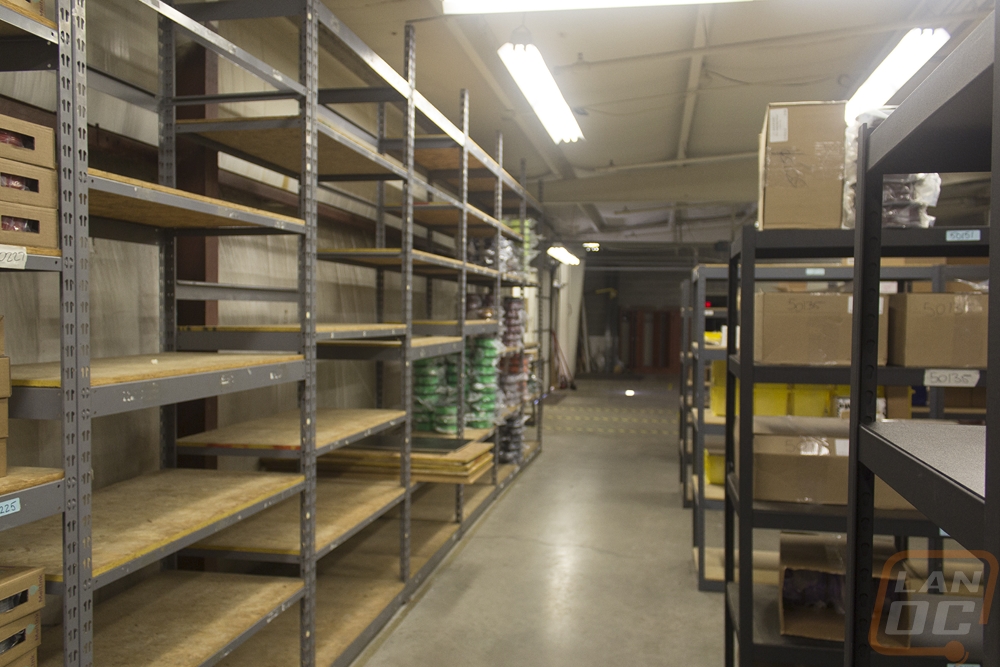 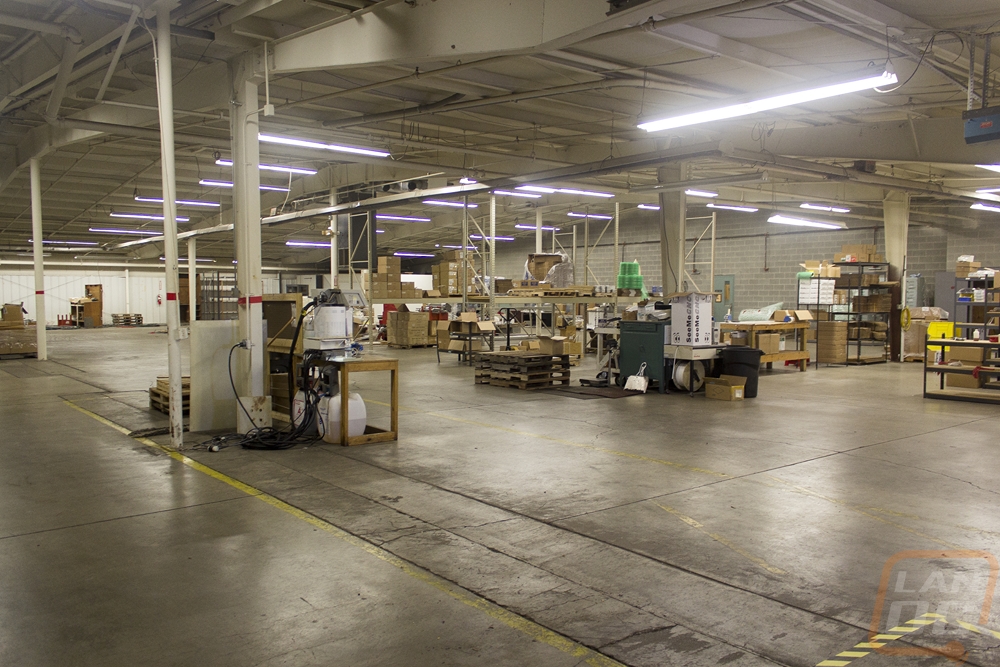 A photo of Steve trying to stay out of my pictures! 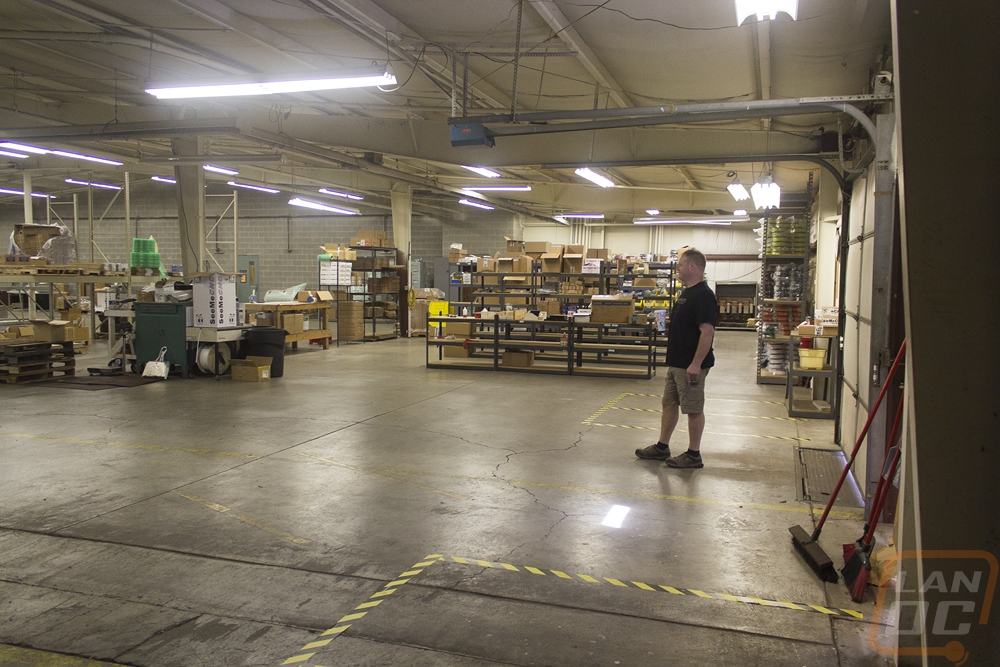 Moving back farther into the place we ended up in a darker room that is being used to stage and position everything that was coming in from the old location. With getting production and shipping back up and running there were a lot of things in here that just aren’t a current priority. In other words, it was a big mess of stuff that still needs put up so I didn’t take many photos from in there. I did snap this picture though. You can see a bunch of the Part Daddy prints that they use at events and the Part Daddy itself is also put together but sitting on its side here. Seriously one of these days I need to get an awesome Part Daddy print. 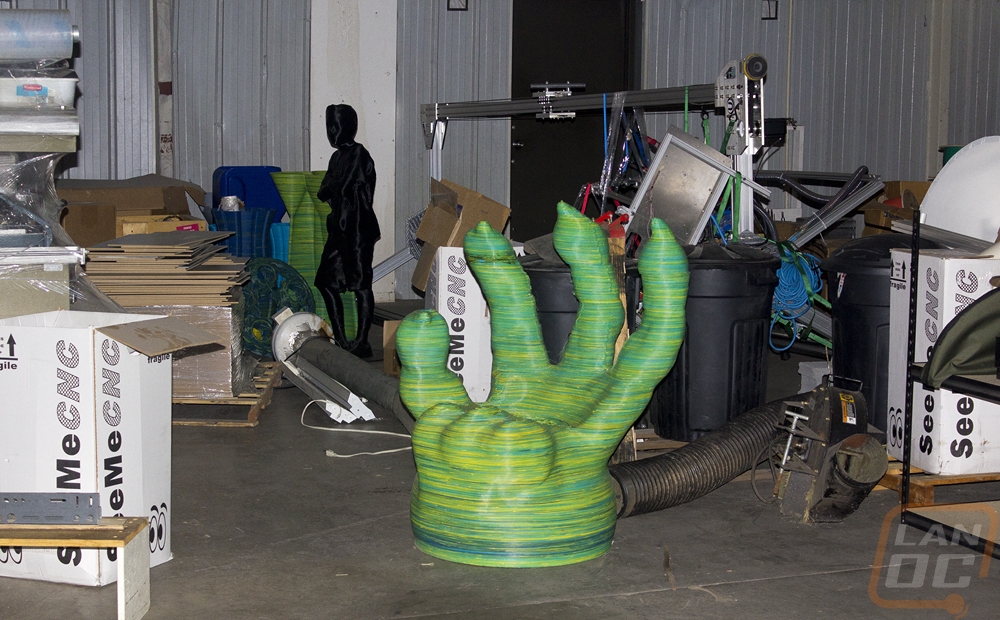 We then poked our heads out the back door of this area and as you can see there is actually another huge 24,000 square foot building behind It. It is attached by two fork lift tunnels and in between those they have a grassed area with a covered shelter with picnic tables. A nice outdoor break area, but I have no idea how they get in there to mow. One of the SeeMeCNC guys mentioned how they wanted to get a goat to surprise Steve with. 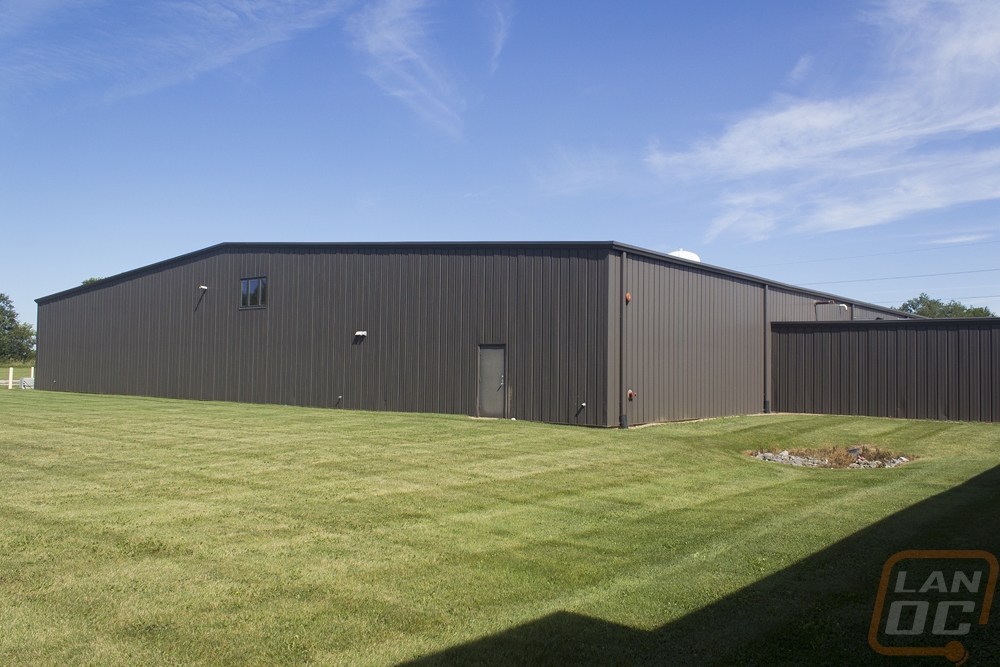 The long hallway that runs across the entire back of the main building was the only place that you could really take in the size of the building but the pictures didn’t really show it. The picture below is when I walked half way down it, not to mention beyond the doors at the end is another 75 feet to the end wall, Atomic’s space is down there. I should also note I didn’t go in their space as they weren’t around when I took my tour. 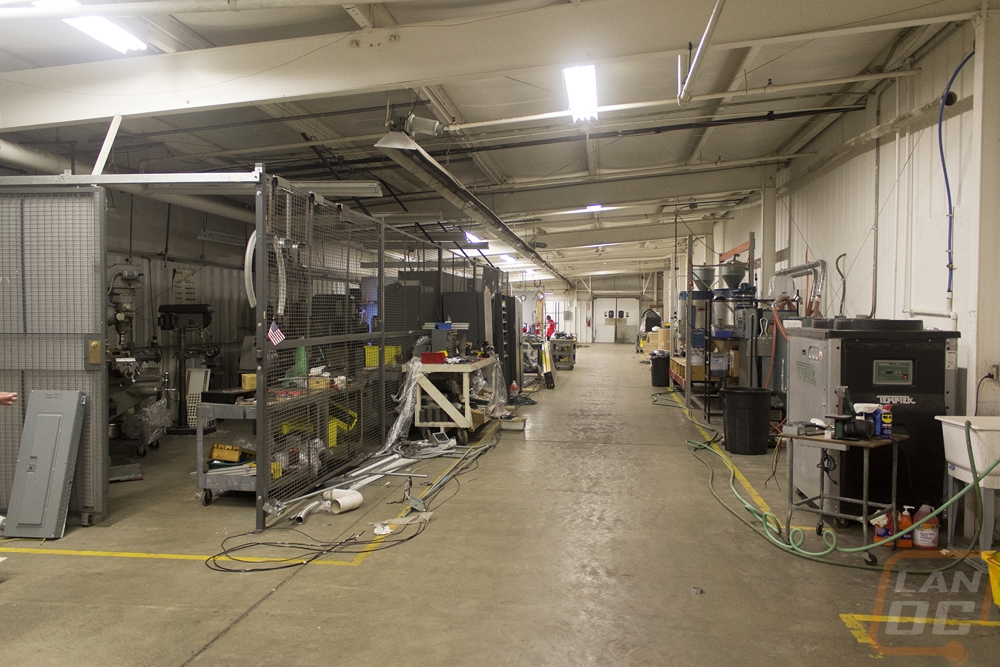 The hallway has some of the machine shop equipment in it in the caged area as well as their four laser cutters that they use to cut the acrylic panels for the corners on the Rostock MAX v3 and the Melamine and wood panels that make up part of the structure. Steve’s son was there helping tape the cut components in place after the cuts. 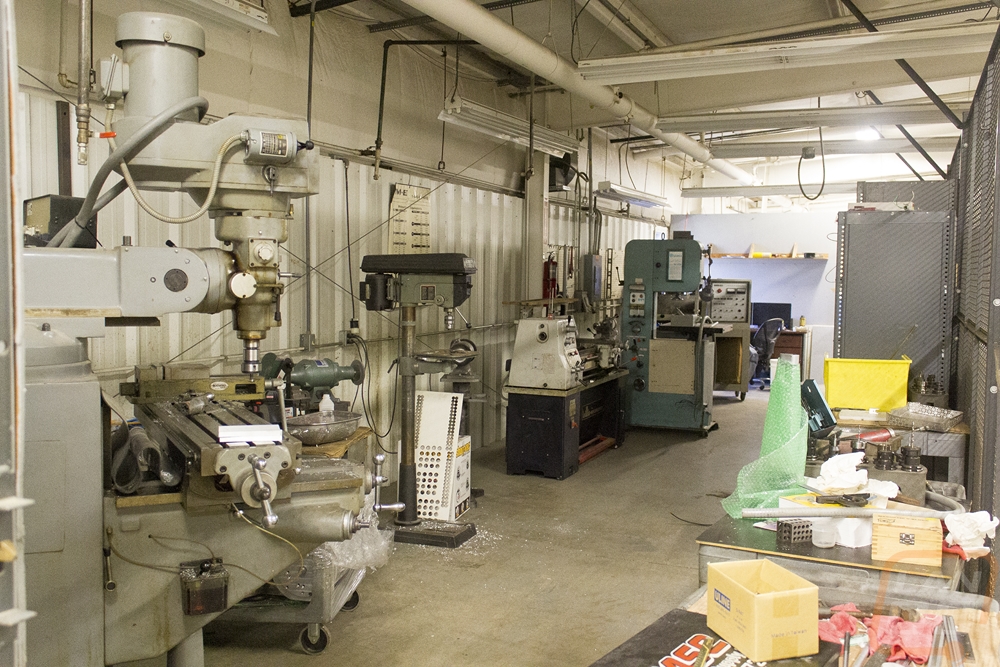 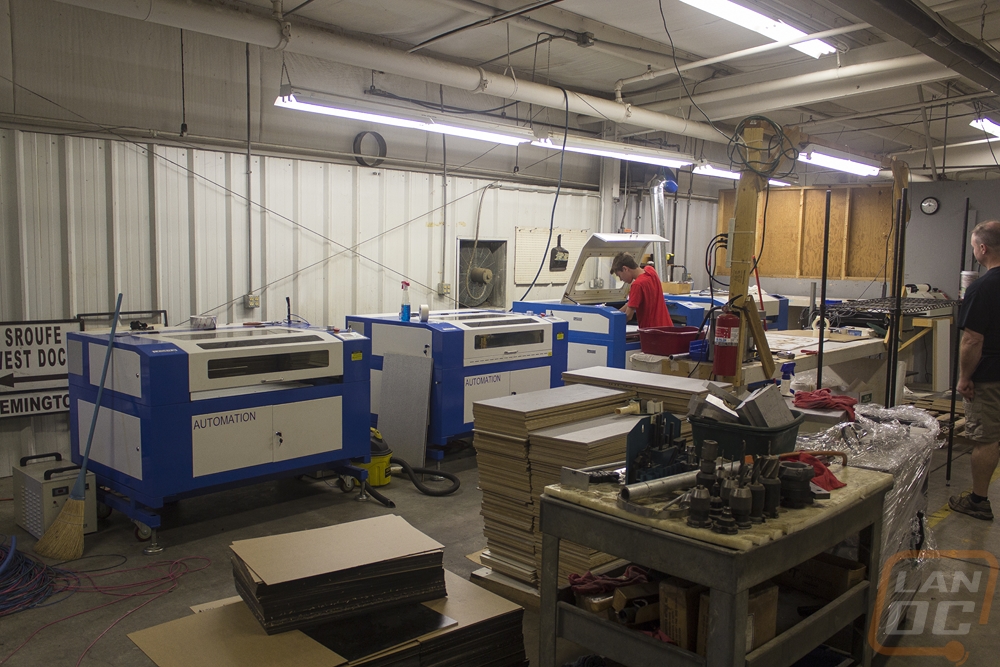 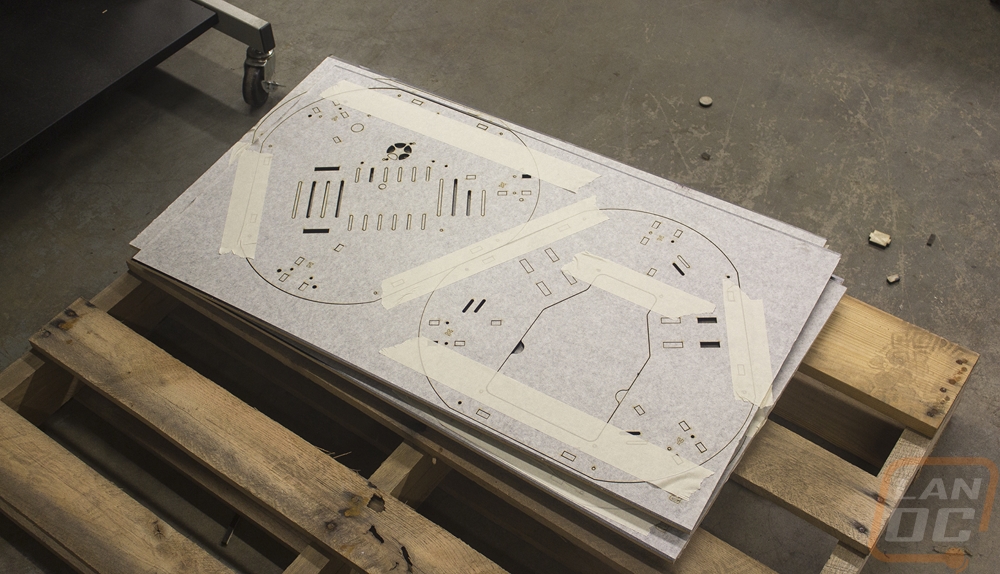 The back building with its 24,0000 square feet and that detached building aren’t being used by SeeMeCNC so the last area we ended up in is also the biggest space they have. The blue room. On one side they have all of their CNC machines setup along with their injection molding machines. They are still working on getting a lot of them up and running, as you can see from all of the cables running around. 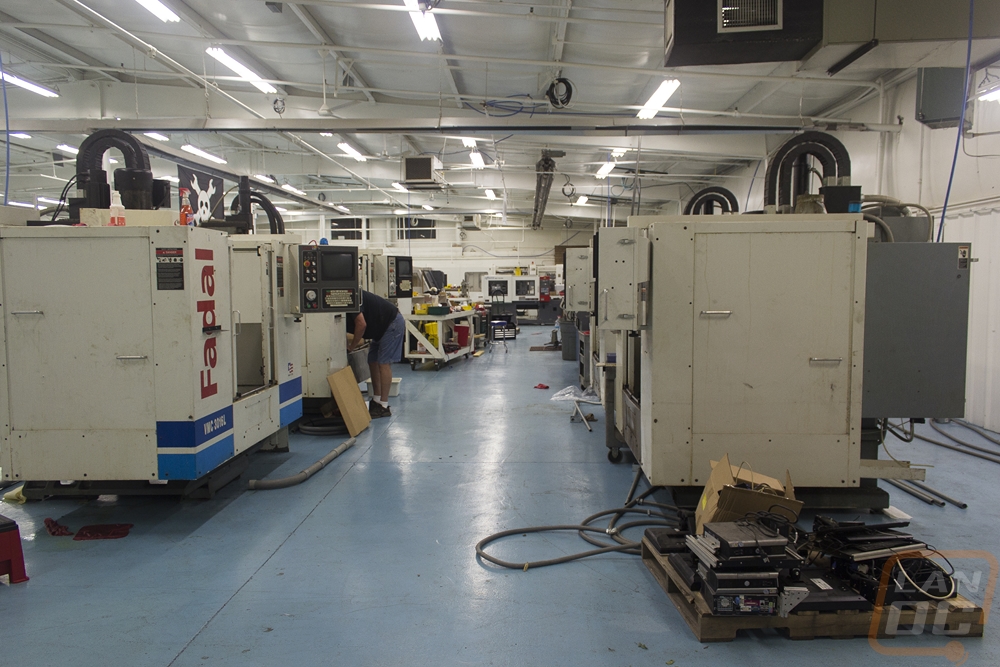 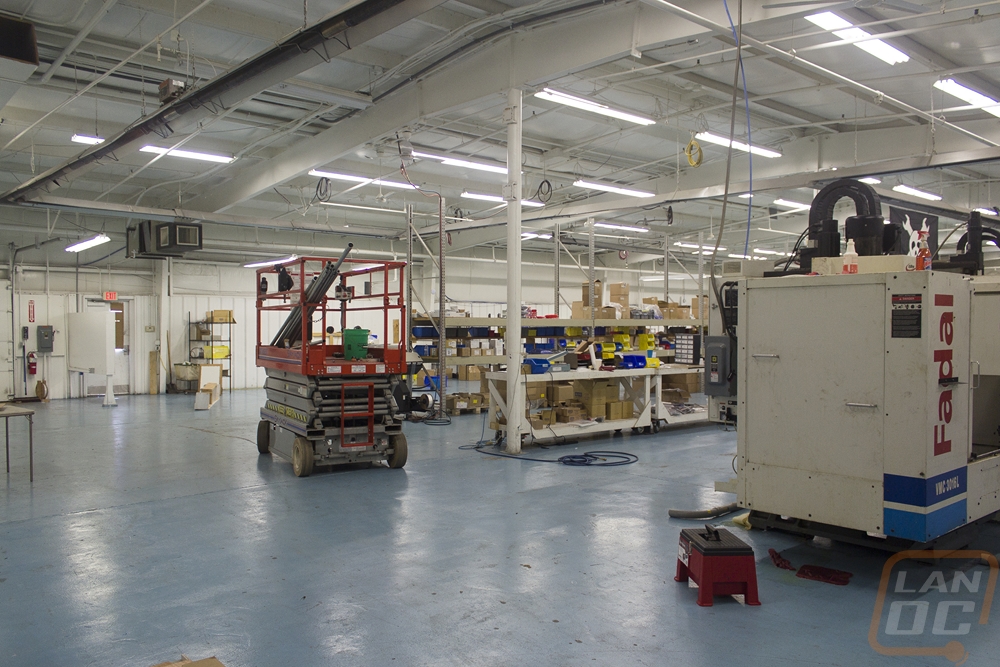 Then on the other half of the room, they have setup their assembly and packaging area. In the old building, these were both packed into a really small upstairs area. The new setup gives them the room to have all of the needed stock in one place where before they could only fit a small amount. Not to mention there is a ton of room to expand. I’m told this area will be moved around in the future, it was setup quickly to prevent a disruption in printers coming out. The best part about having that additional room though is it can allow room for additional assembly lines in the future for other printers ?. 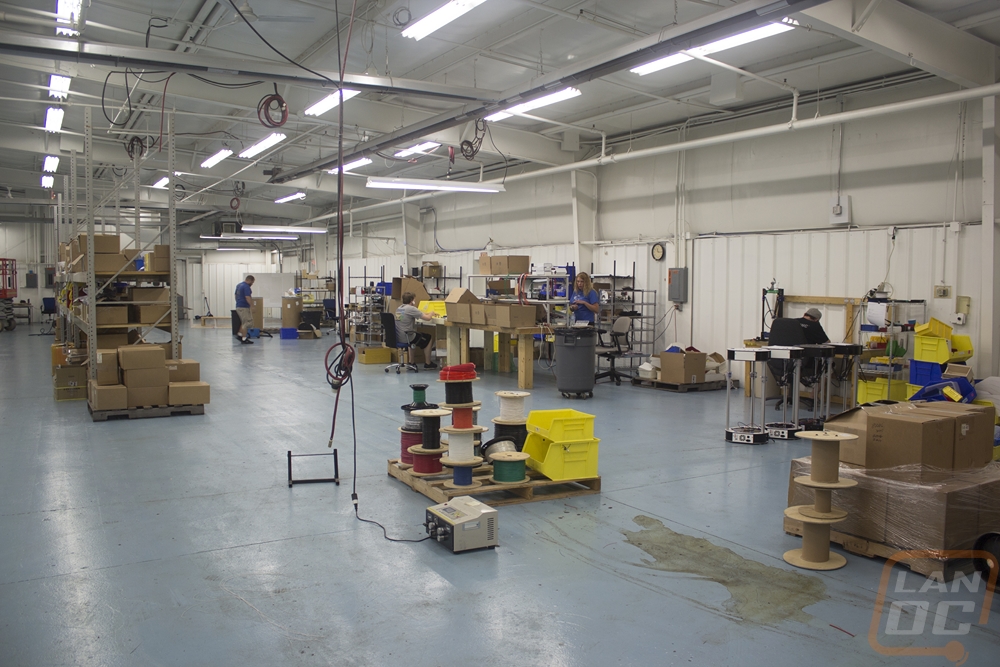 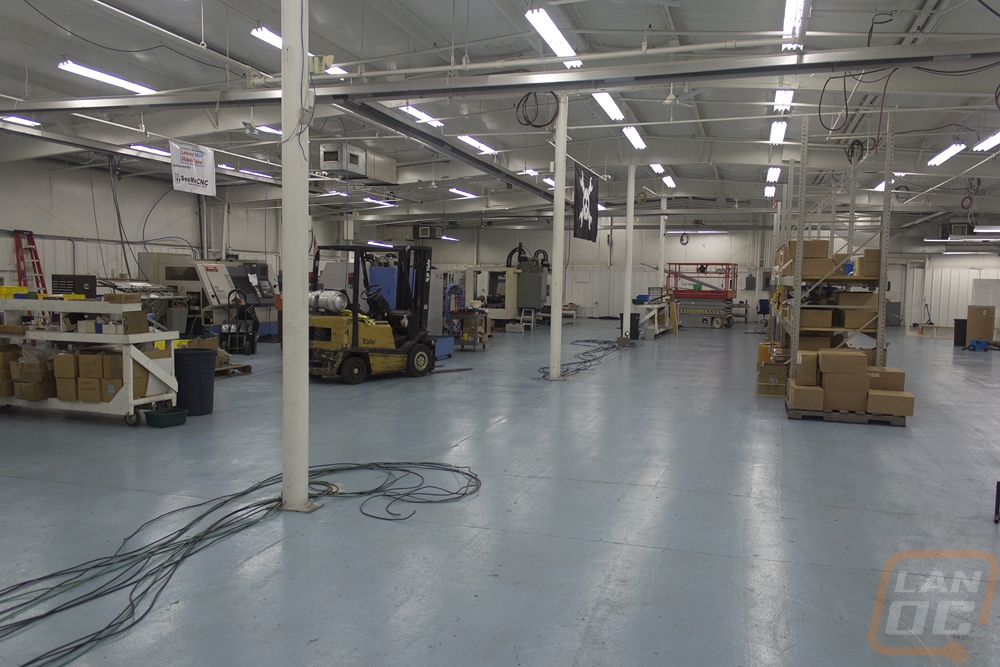 SeeMeCNC also has the HackADay flag flying proud right in the middle of this main room. 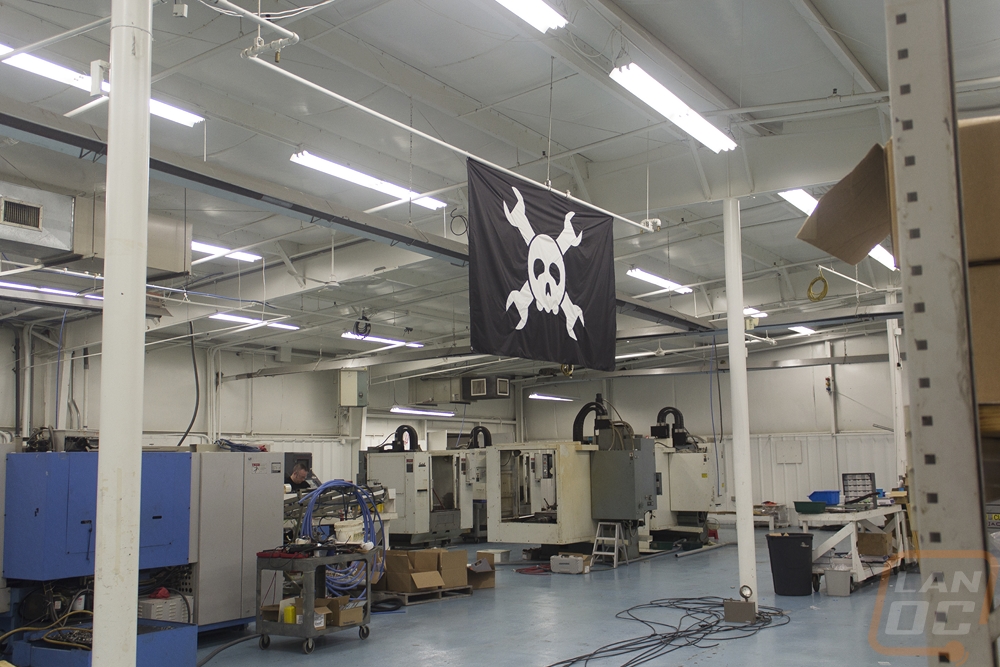 All in all the new location is crazy and while they are far from being all settled in it looks like most things are up and running with the exception of a few key machines. More importantly, I’m really excited to see how the additional space will help them get other things done. I saw and heard a lot and a lot of that I can’t really talk about. What I am allowed to say is that now that they are settled in, you can expect to see a new machine from them this fall. Will it be another Delta? Yeah, but there is a possibility of seeing a Cartesian from them as well ?. It looks like 2017 is going to be a big year for SeeMeCNC and I know I’m not alone in being excited about what they might have coming!

You might call him obsessed or just a hardcore geek. Wes's obsession with gaming hardware and gadgets isn't anything new, he could be found taking things apart even as a child. When not poking around in PC's he can be found playing League of Legends, Awesomenauts, or Civilization 5 or watching a wide variety of TV shows and Movies. A car guy at heart, the same things that draw him into tweaking cars apply when building good looking fast computers. If you are interested in writing for Wes here at LanOC you can reach out to him directly using our contact form.
Discuss this article
Log in to comment
Posts in discussion: Visiting SeeMeCNC's new facility

We have 671 guests and no members online