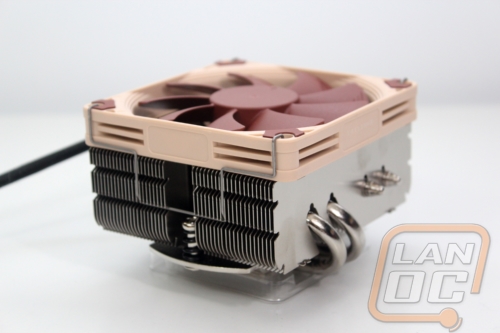 Right out of the box the NH-L9x65 is still clearly a Noctua cooler. Not only is the light brown and dark brown color combination of the coolers fan a dead giveaway, but also the heatsink itself has the same thick fin design that we see with all Noctua coolers. Some companies use a thin gage metal and then up the fin density but Noctua’s coolers always have the same density and gage. This gives the heatsinks a stronger construction and the larger gaps between fins make for good airflow. The NH-L9x65 is taller than the NH-L9i and NH-L9a. The 65 I the name designates its 65mm total height. The design shares the same fan, but otherwise the heatsink itself is completely different from its mounting design all the way to its heatpipes. 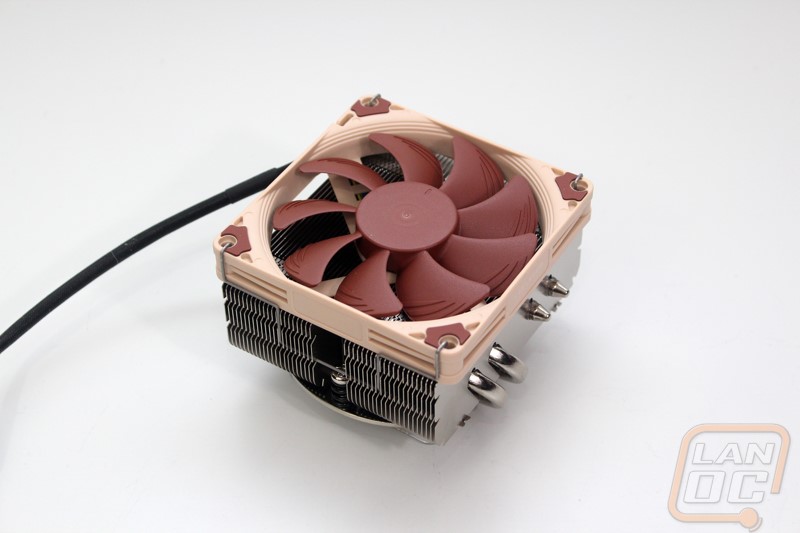 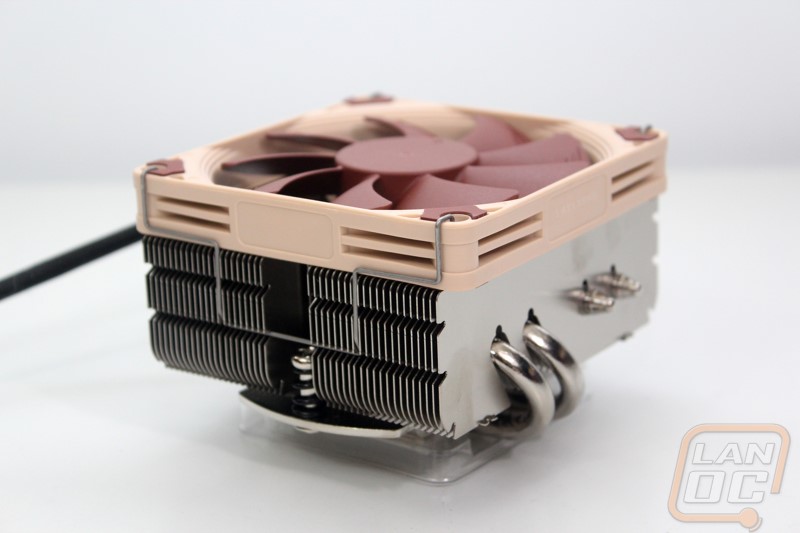 Speaking of the heatpipes, the NH-L9x65 uses a total of four heatpipes to pull heat up into the taller heatsink. The four pipes are sandwiched between the contact surface and the base of the fins. Each side of the cooler has two pipes coming out and up into the top half of the cooler at an angle to spread the heat out. Here we can also see that on one end the heatsink also has the Noctua logo embossed into it. 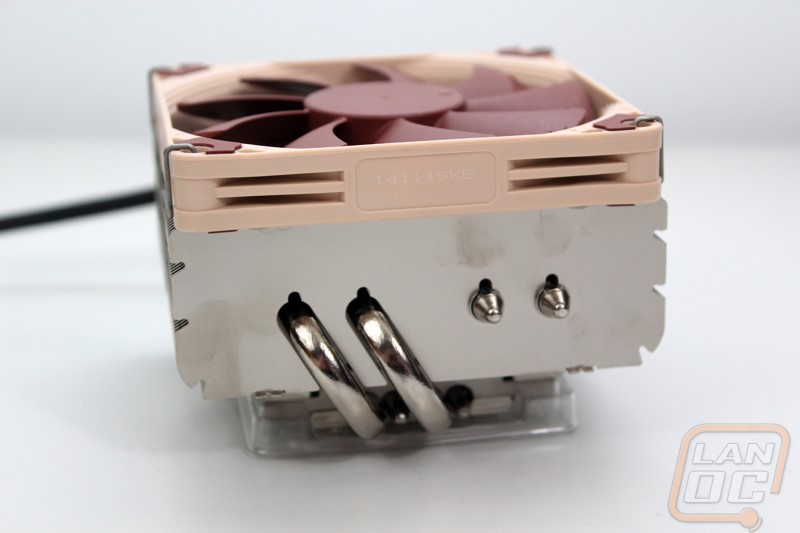 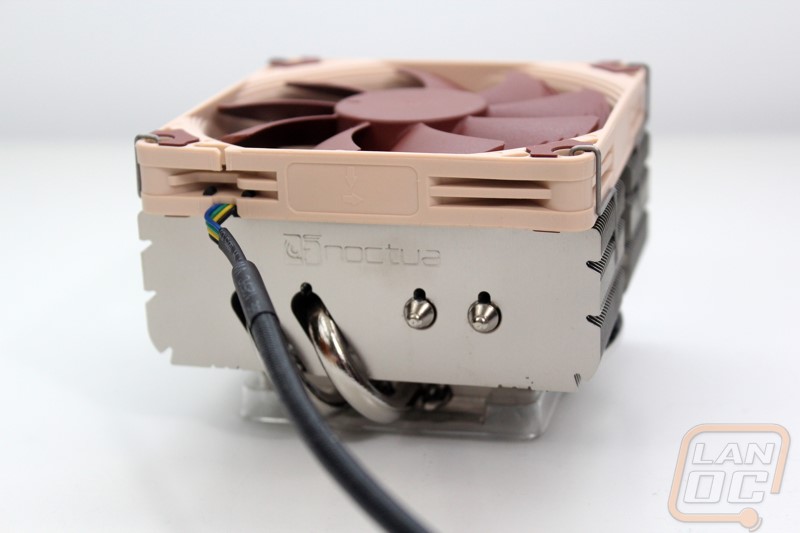 The NH-L9i was unique in the Noctua lineup because its mounting design didn’t require any adapters, in fact it mounted directly to the 115x CPU with just four screws screwed in from the back of the motherboard. The NH-L9x65 however goes back to the traditional Noctua mounting design. This means there doesn’t need to be a different heatsink for AMD and Intel CPUs. It also makes the heatsink much taller because we start with the backplate, spacers, and the mounting adapters that center the spring loaded screws. These screws are tucked into the heatsink and you have to remove the fan to get at them. In some Noctua coolers you can get away with slipping the screwdriver in between fan blades but the fan on the NH-L9x65 doesn’t have that much of a gap. 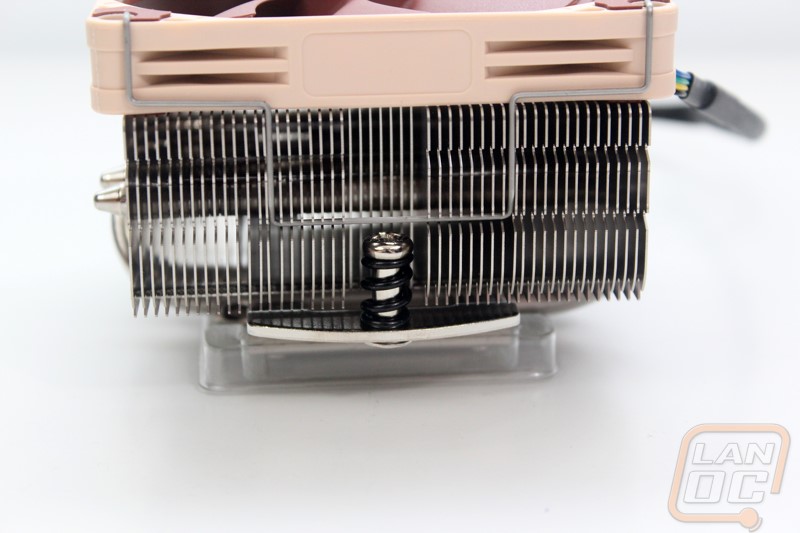 The fan included with the NH-L9x65 is the same NF-A9x14 PWM that was used in the L9i. This fan is unique in the Noctua product line because of its thin design. It is 92x92x14 meaning it is a 92mm fan but 14mm’s thick. For perspective a normal 92mm fan is 25mm’s thick. To make up for its thin design the fan does run slightly faster than Noctua’s other 92mm fans and even then its overall flow rate is 50.5 m³/h compared to the NF-A9 PWM that does 78.9. It is PWM so it will drop down in speed when full fan speed isn’t needed to help keep noise down and it is rated to run at 19.9 decibels. 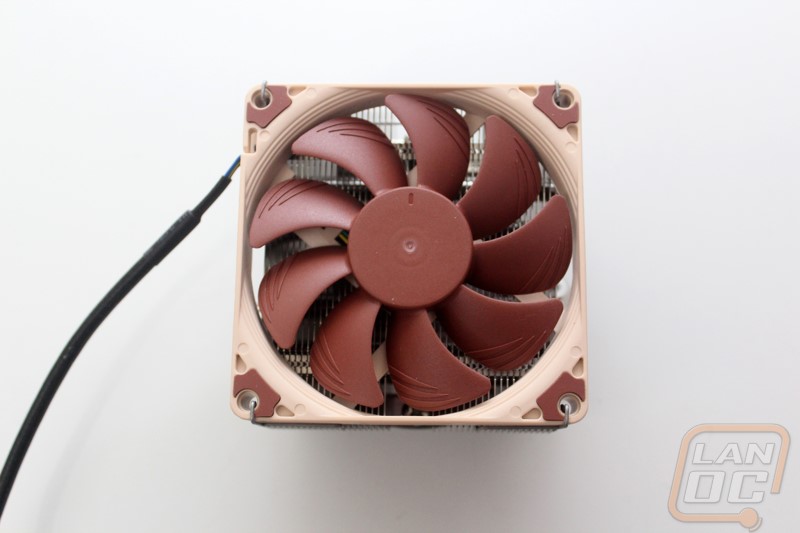 With the cooler flipped over we can get a better look at the mounting system as well as the bottom surface. We can see just how much space the universal mounting design takes up, this ends up being a good portion of the additional height of the L9x65. The bottom contacts surface falls into the middle ground for an ideal setup. As we saw with the Swiftech H220 X2 you can get some coolers with a mirror finish but Noctua has always gone with a less than mirror design with a circular swirl. The finish is slightly machined but still better than a lot of other coolers as well. 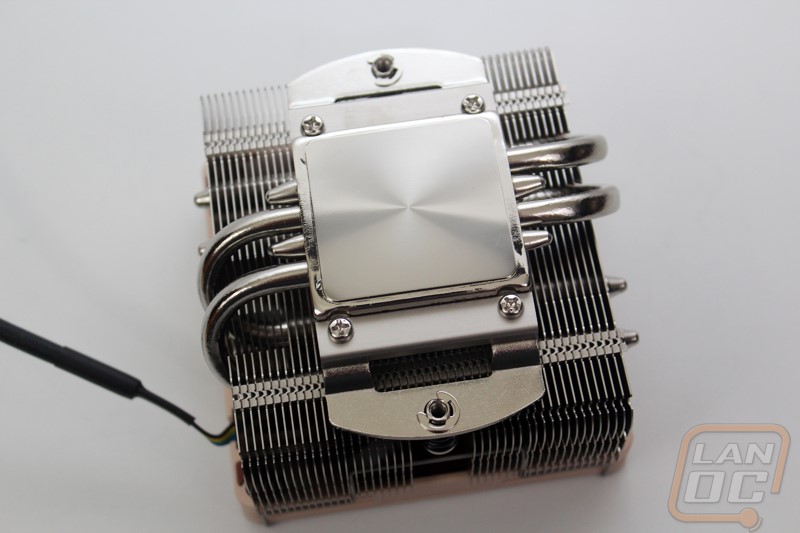 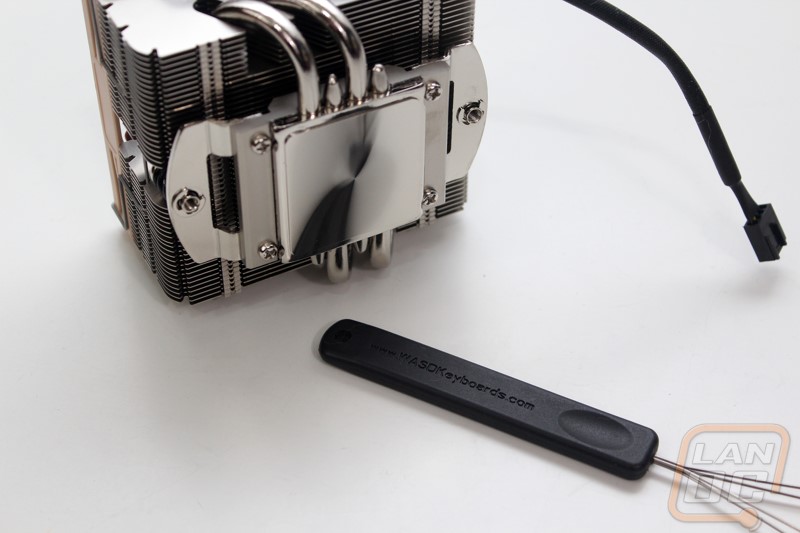 Just for comparison, I did get a couple of shots of the NH-L9i next to the NH-L9x65. Here we can see that they share the same fan. The heatsinks though are lastly different with the NH-L9x65 having about twice the surface area and on top of that the universal mount adds to the height as well. 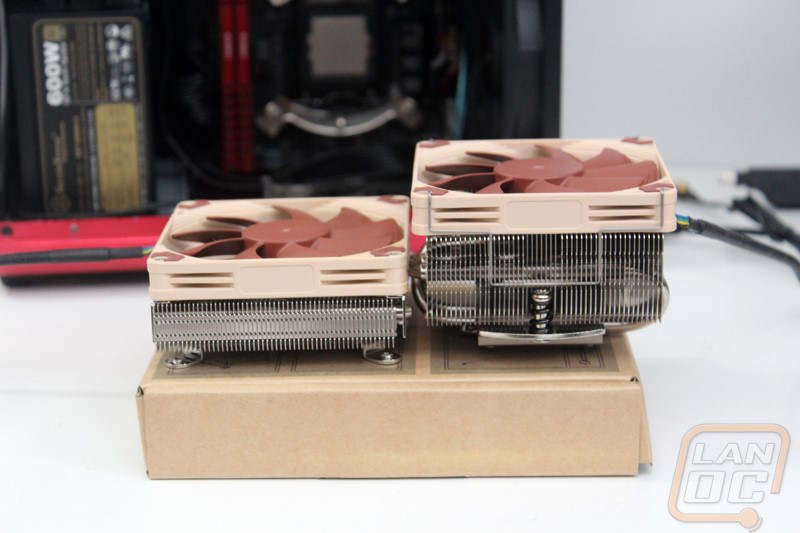 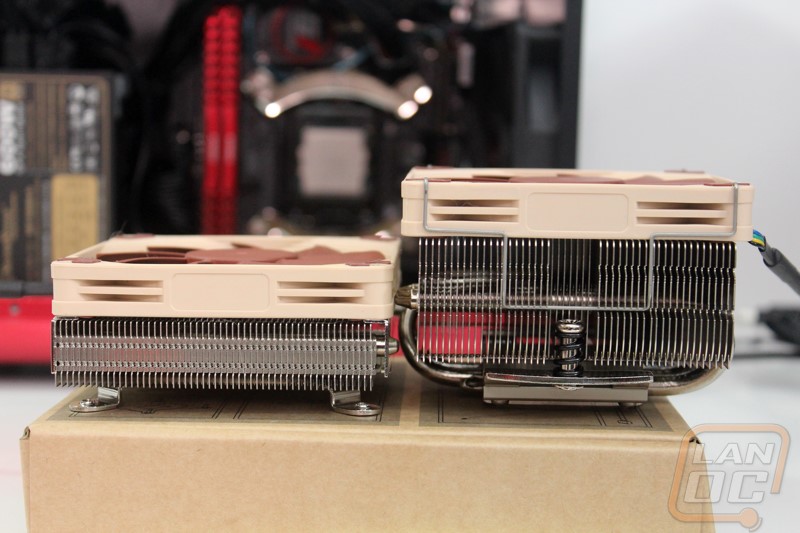 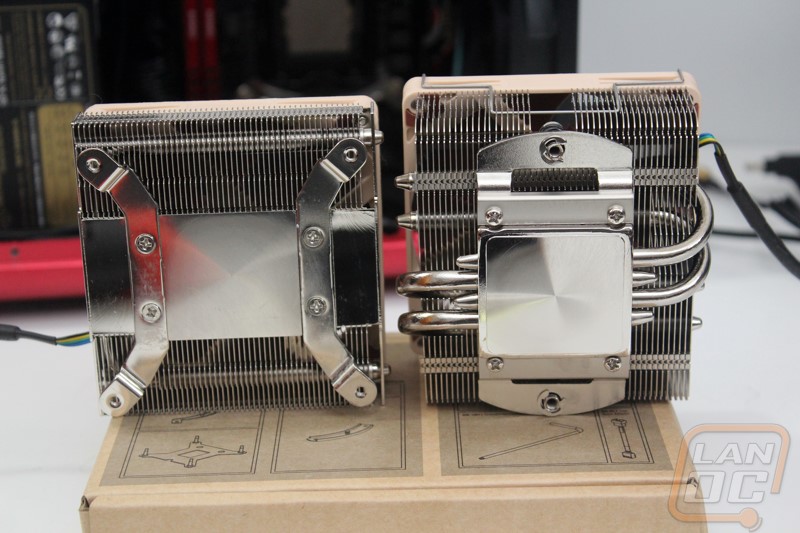 We have 1208 guests and one member online