Innovation is a tough thing in the gaming industry. Not just coming up with something new and exciting that will get fans of all ages to line up to play, but once you have those fans you must innovate to keep them. This is something that the Assassin’s Creed franchise has had great success with. With the original release of Assassin’s Creed, it was something that gamers had never seen before and it was awesome. The gameplay got a bit repetitive and bland at times, but Ubisoft quickly improved on it with the next installment in the series giving gamers more things to do and a more in depth storyline. After that followed multiplayer and countless hours of online fun. I am extremely excited for this review of Assassin’s Creed 3 because it is set around the American Revolution, a time that has not been looked at before in the franchise and an interesting piece of history in my eyes. Sit back and grab your muskets because “The British are coming, the British are coming!”

The fifth installment in the Assassin’s Creed series picks up with Desmond, his father and the rest of his team as they discover an ancient animus in a temple in New York. Desmond faints and is placed into the animus so that work may begin. Desmond is slung back in time to the 1700s where he takes the place of one of his ancestors named Haytham Kenway. Kenway immediately gets to work as he assassinates a target at an opera house and takes a key to a room of the ones who came before. With this key he seeks passage to the new world and sets out on his journey. He gathers a small group of men dedicated to his cause, slaying many along the way. He enlists the help of a Native American woman by the name of Ziio to help him discover this room. 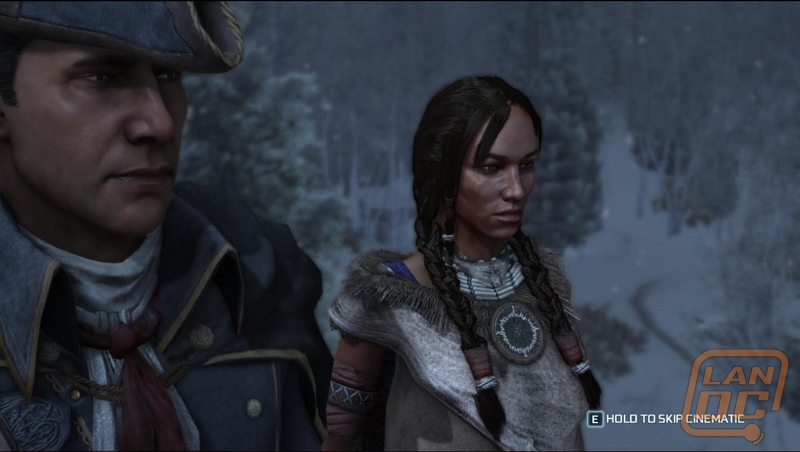 Upon the discovery of the temple, Haytham finds that what he holds is not actually the key to open the door, but something else. He is disappointed but finds solace in the arms of Ziio who bears him a son who later becomes known as Connor. Connor sets out on his journey at the direction of the elder of his village to protect the land they live on and the temple that is beneath it. The majority of the story follows Connor as he learns much of the Templars and the secrets they protect, while trying to protect a secret of his own.

We have 1439 guests and one member online