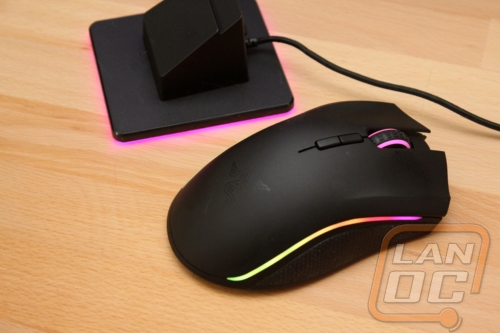 Its funny, as much as things change there are some areas where things stay the same. A great example of this is with a lot of today’s gaming mice. The fact is, with mice like the G5 and the Deathadder, they just got almost everything right. This is why we have seen both reintroduced multiple times with just small changes to keep up with what people are looking for. For the Deathadder, Razer’s biggest change or update was the introduction of the Razer Mamba. I first saw the Mamba back in 2009 at CES in a tiny little booth that wasn’t even on the show floor. Back then Razer was still a very small company. The reason I associate the Mamba with the Deathadder is they share a lot in their shape. Anyhow, here we are six and half years later and I finally have a Mamba in the office. Only this time around it’s not the original, this year Razer reintroduced the Mamba under the same name but with a new design. I’ve been testing it for almost a month and it’s not time to dig into its features and tell you all about it.

We have 1740 guests and one member online