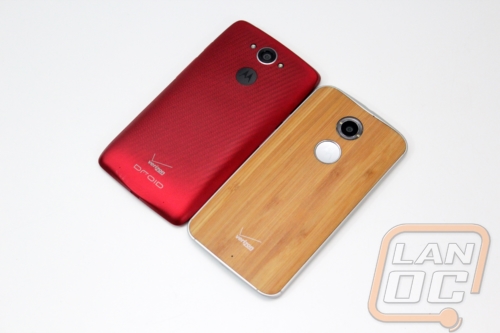 From the front, the MotoX looks a lot like the G3 and S5 that I took a look at before. The white trim helps that as well. What is a little different is how they matched the speakers on the top and bottom of the front, when you are watching movies, playing games, or listening to music this should help give you a better audio experience. The white trim helps every single sensor on the front of the MotoX stand out as well as the front facing camera. Speaking of the MotoX has a 2MP front facing camera, just like the Turbo. The 5.2 inch display stands out on the white as well. 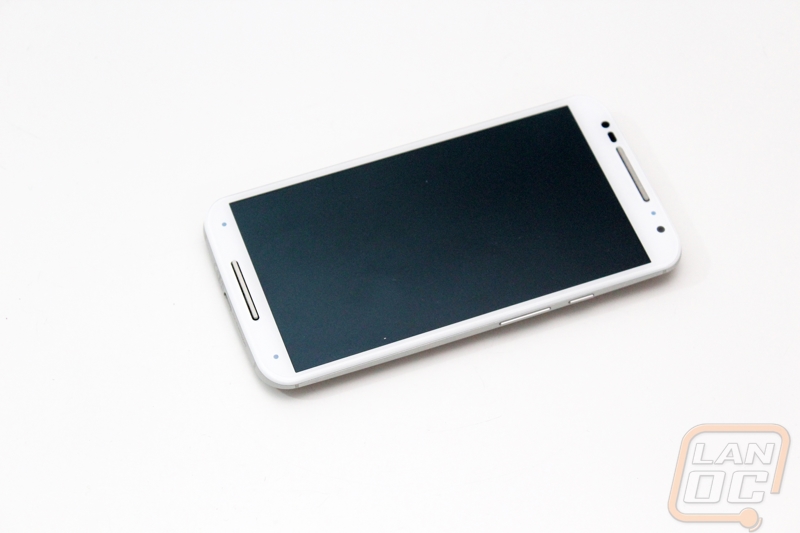 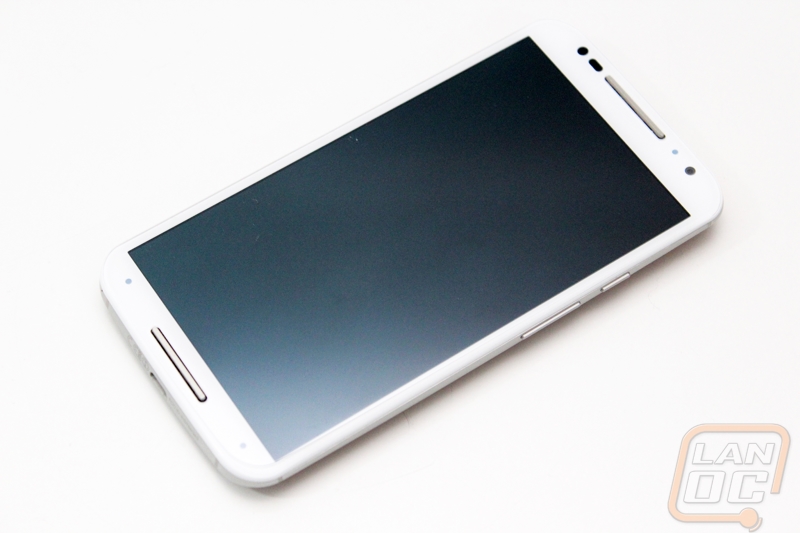 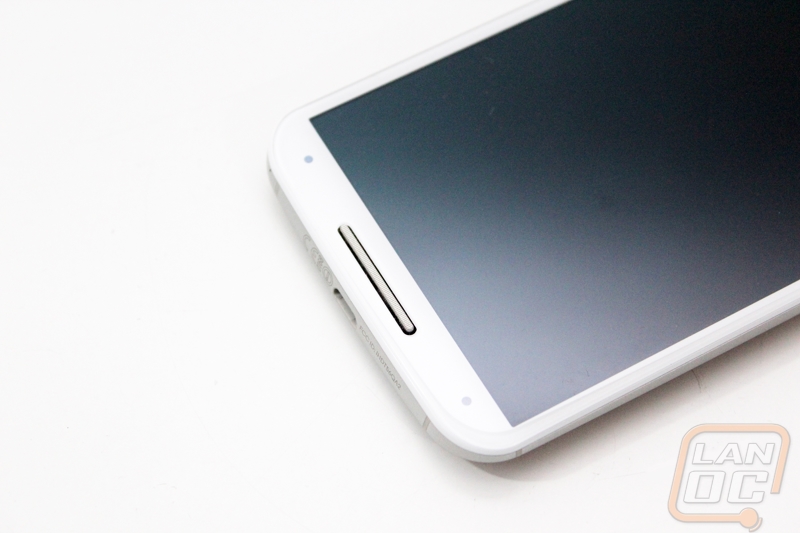 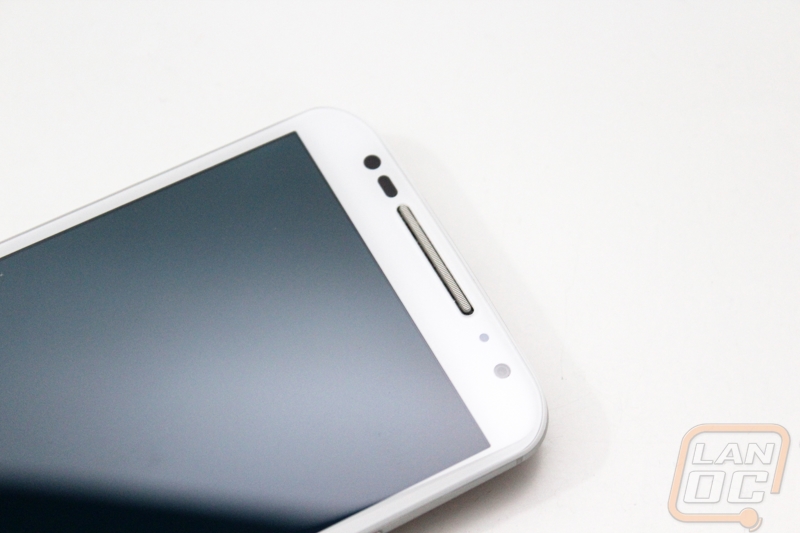 Moving around the edge of the phone we can see that on the right edge the MotoX has the standard volume/power button combination rather than anything crazy. On the bottom the Micro USB charging/data port is in the center but we can also see small gaps in the aluminum frame. I’m sure this helps prevent issues like the antenna issues with the iPhones but also with these spacers on both sides of each corner I have a feeling they also help absorb an immpact if the phone is dropped. Up on the top of the phone the headphone/microphone jack is centered and they also slipped the sim card slot in up there as well. The MotoX is comes in at .39 of an inch thick at its thickest part but if you look closely you can see just how curved the back of the phone is. This gives it a really thin feeling in hand even though it is thicker than the S5 and G3 tested previously. 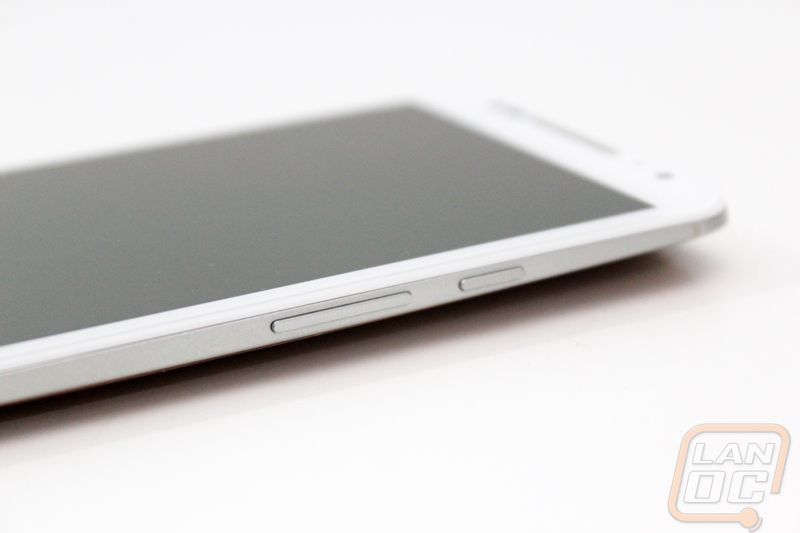 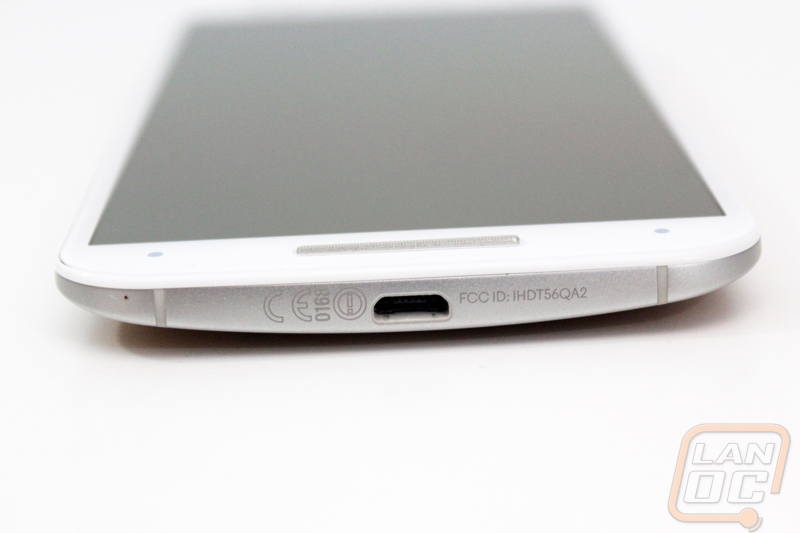 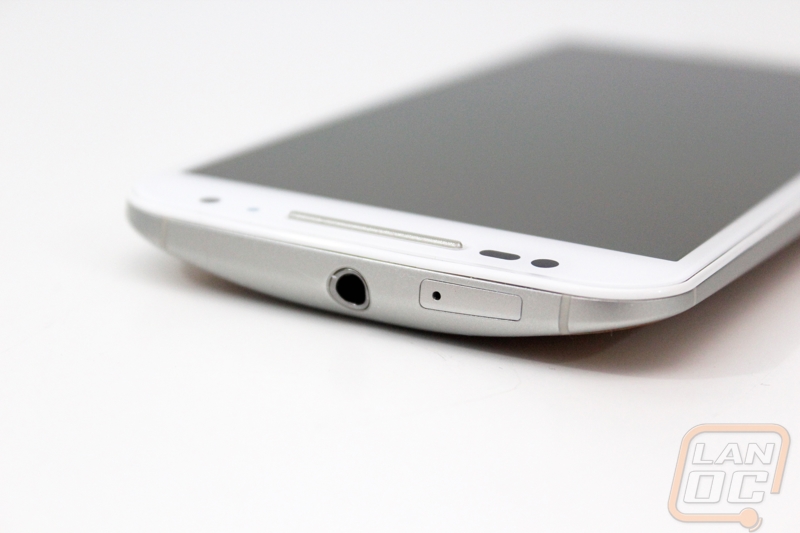 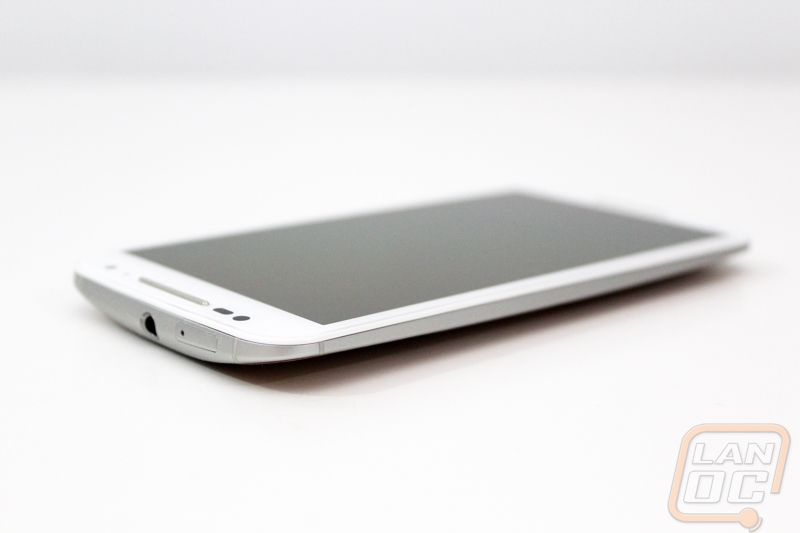 The back of our MotoX looks especially interesting because it has a bright wood finish on it. I should also point out that the wood finish even has a matching texture to it as well, they did a good job with it. One of the biggest features that the MotoX has is the option to go online and completely customize your own phone with a whole list of trim colors and back finish options. Some of the premium finishes are the wood and leather options, you can really make it your own with all of the options. The back of the phone also has the main camera, in this case it is a 13MP model. That is 8MPs less than the Turbo but you do still get the option to record video at 4k. I really like that the dual LED flash is built into a ring around the lens, it gives a clean look and having LEDs on each side of the lens should give a more even light when you use it. Also on the back is a metal Motorola logo, from what I understand this is optional as well just like the wood back of our test model. 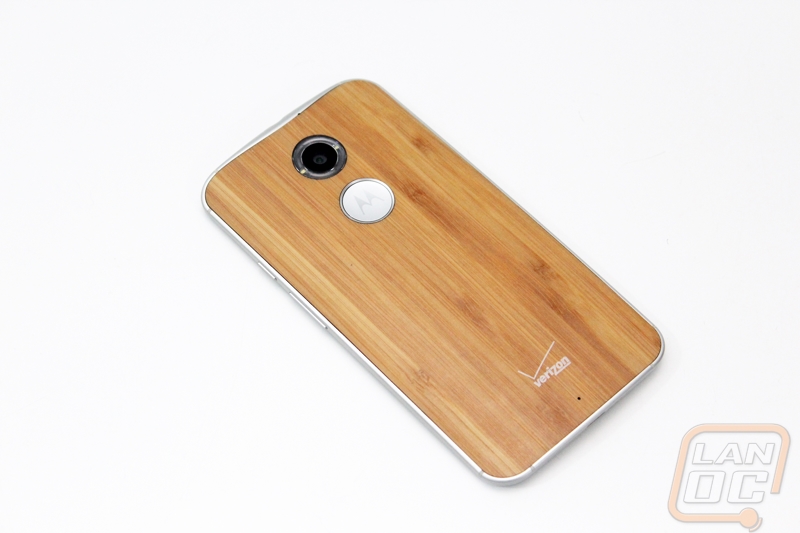 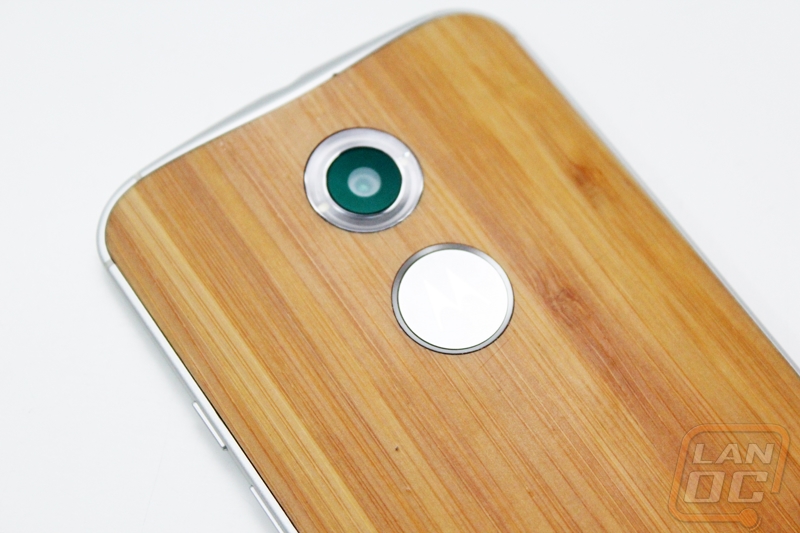 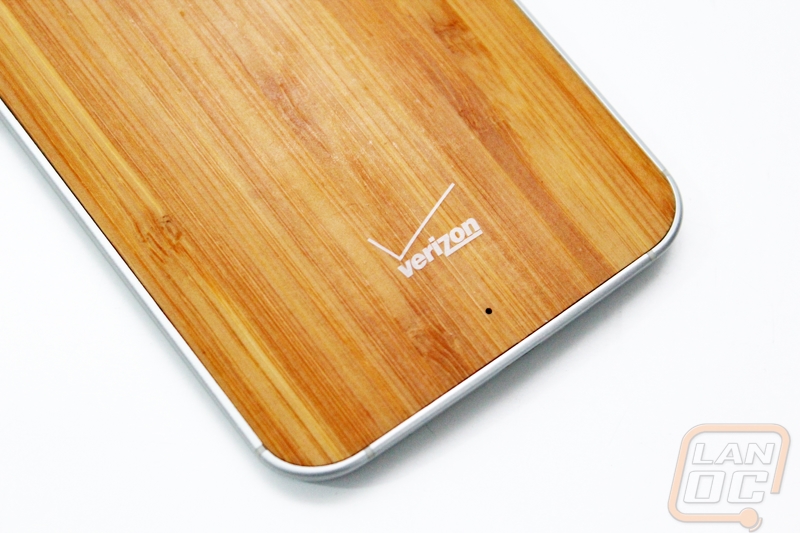 While the screen is the same size as on the Turbo they did opt to go with a lower resolution. The 5.2 inch screen has a still respectable 1080p resolution for watching movies and gaming. 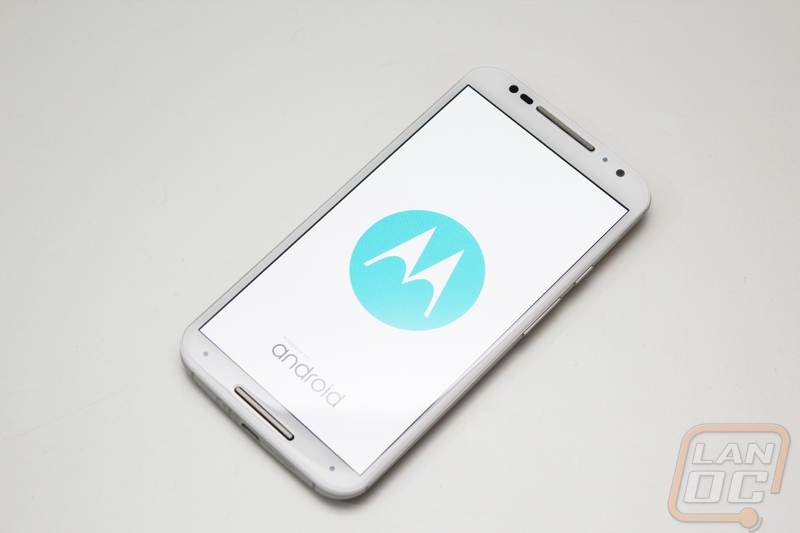 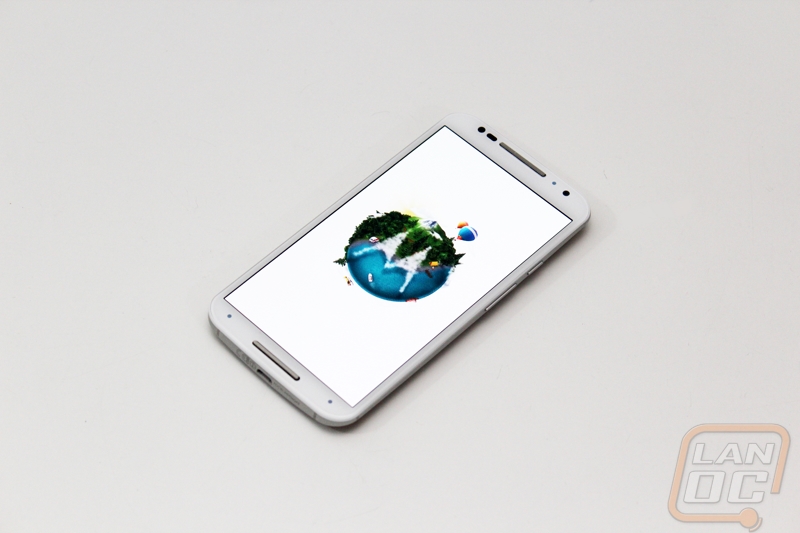 On a fluke when they sent out the MotoX 2014 they originally sent out the original MotoX. This gave me a chance to rebenchmark the original and also get a few photos of the new and old together. Its funny how you forget things over time because if I didn’t have the two phones next to each other I would have never noticed just how much larger the new MotoX is over the original. It’s a little hard to see with the white bezel but it is very noticeable when holding the phones in hand. They still share the same curved backplate and customization only the new MotoX has a few more premium options to customize with. The Motorola medallion on the back is twice as large now, growing in size along with the camera assembly. Beyond that the new MotoX really is just a larger version of the old model aesthetically. 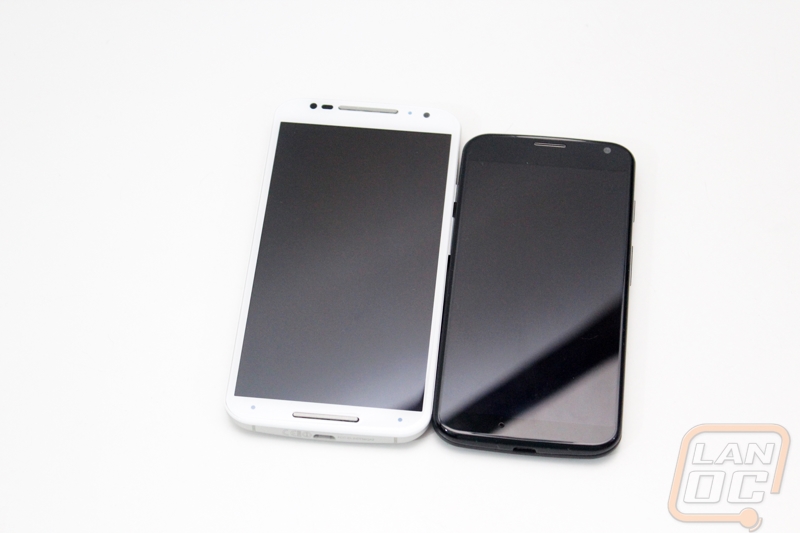 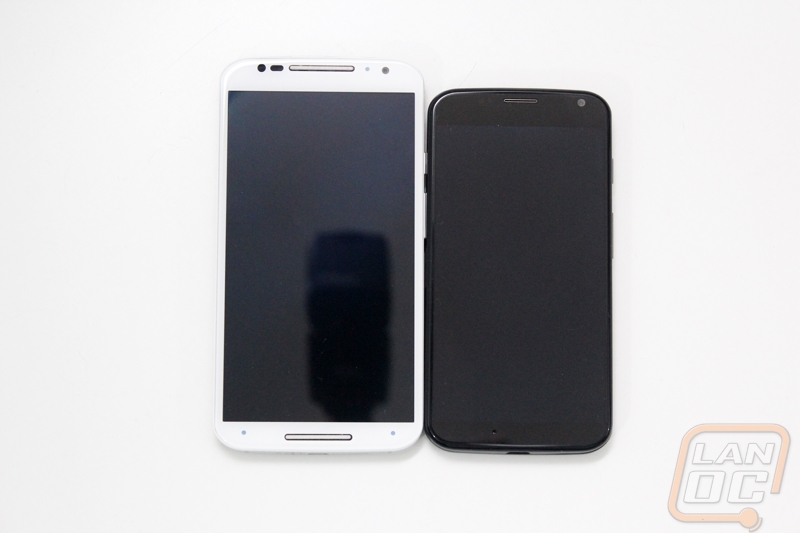 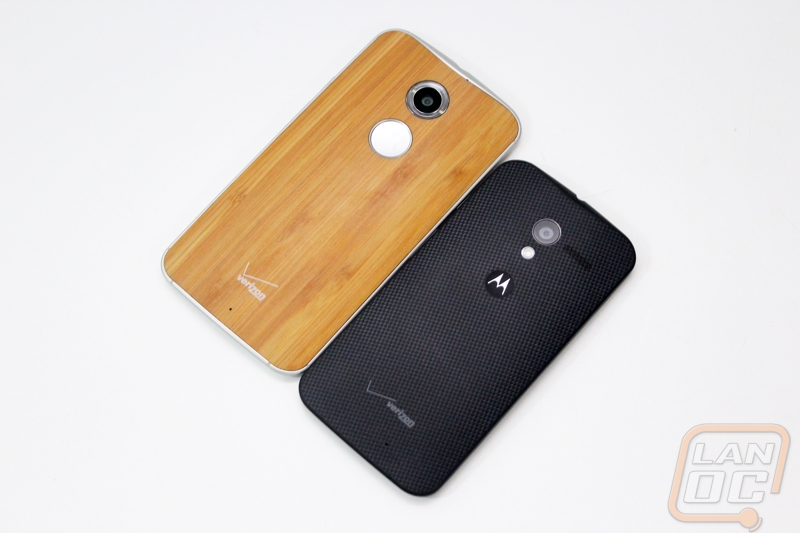 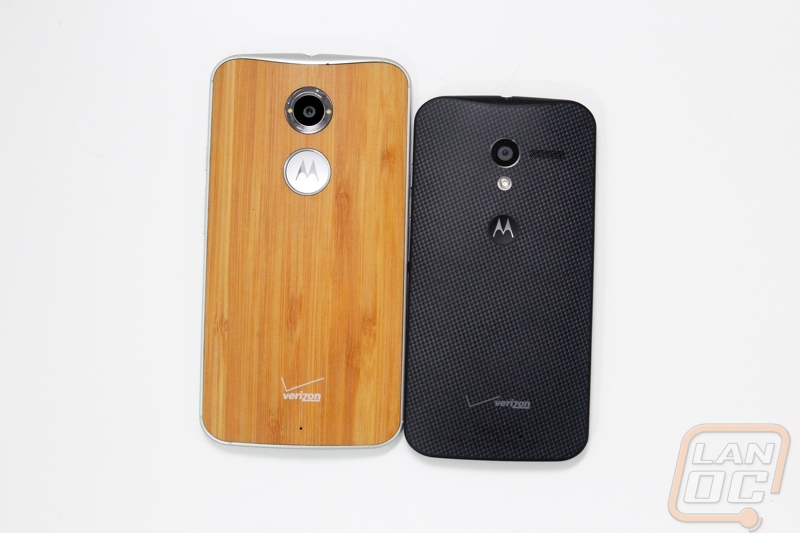 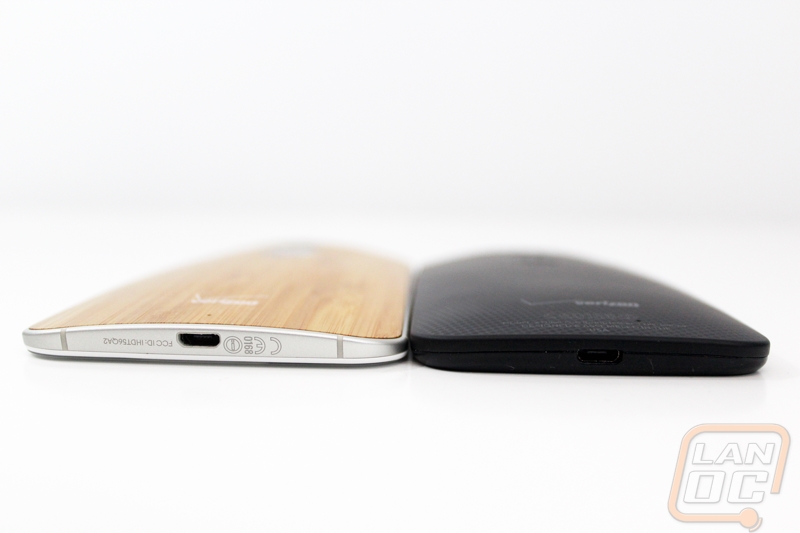 We have 1148 guests and no members online