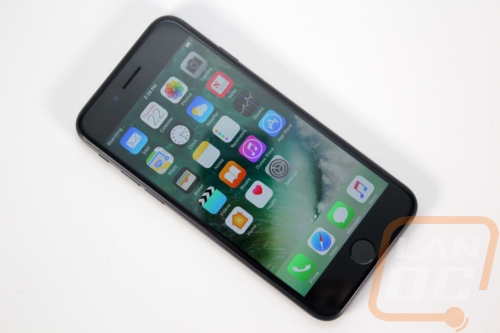 After years of working with larger Android phones, the iPhone 7 was surprisingly small in hand. That’s not a dig at the phone at all, they do have the iPhone 7 Plus that has a larger screen/size as well. So it's actually really nice to see that the iPhone 7 is a little smaller to better fit a wider range of hands. That said the size of the iPhone 7 hasn’t changed from the iPhone 6S or the iPhone 6 so if you are looking to upgrade and the size is a concern there is nothing to worry about. In fact, the exterior design hasn’t changed much at all. The iPhone 7 is 5.44 inches tall, 2.64 inches wide and 0.28 of an inch thick. The front of the phone has the home button down at the bottom. The button looks the same as in the past but the home button no longer has any movement to it (previously it would push in), they dropped that and switches to a haptic vibration when you press on it. The bottom button has a fingerprint sensor built in, something I’ve been a big fan of recently both for security and speed. 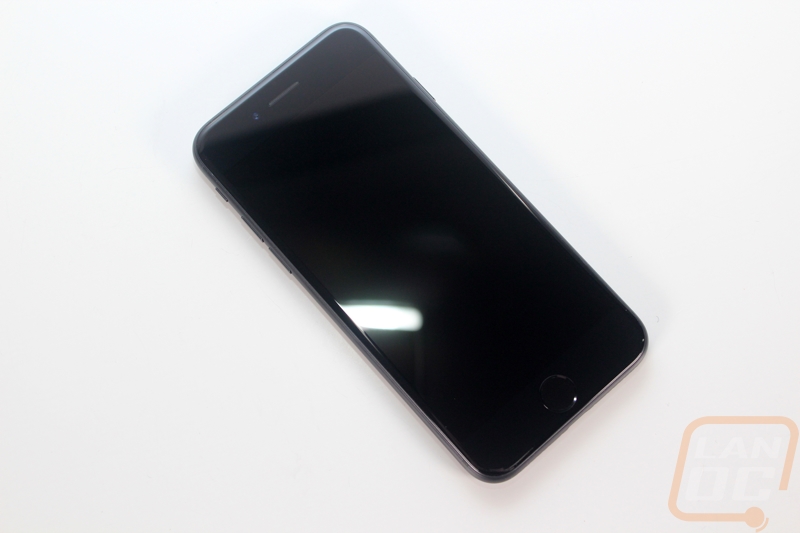 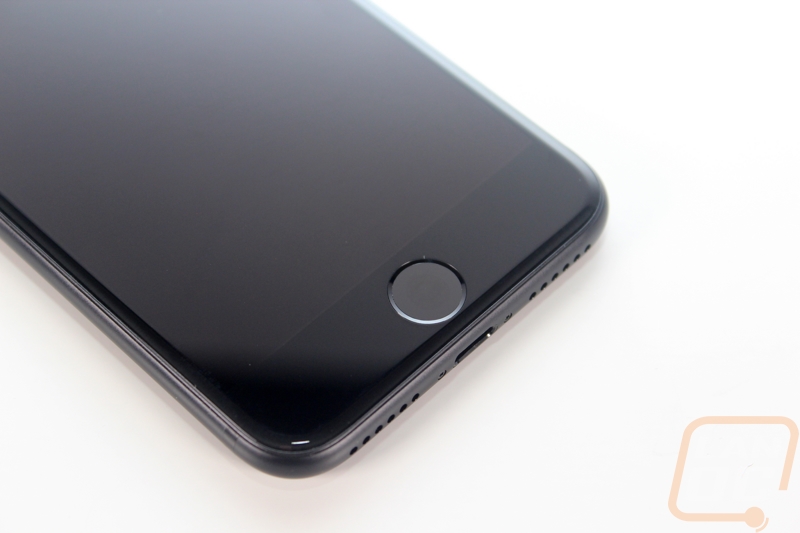 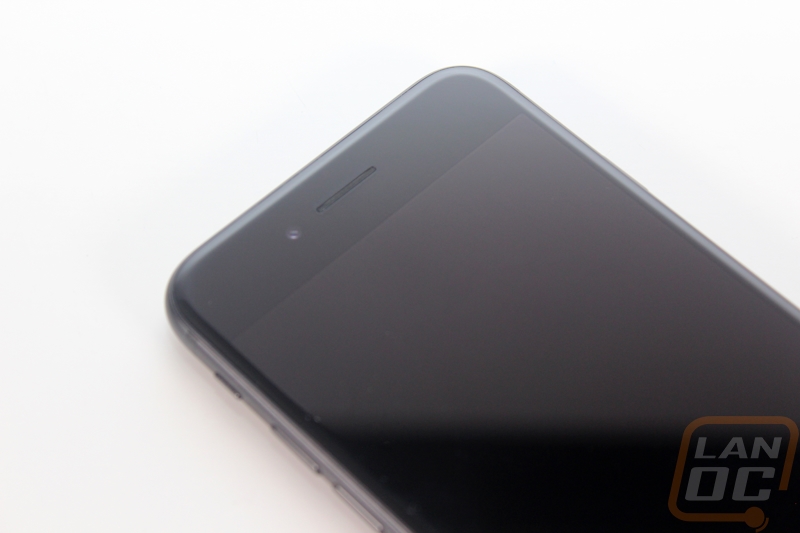 The back of our test phone has a satin finish on an aluminum frame. Like the front of the phone, everything has rounded edges but the satin finish gives the phone a soft touch, so soft in fact that every time I hold it I feel like I’m going to drop it. Laser etched into the finish is the iPhone branding down towards the bottom and under it in tiny letters is the model number and ID numbers. The main branding though is the gloss black Apple logo up in the top half. Beyond that, everything is in the top left corner. We have the rear-facing camera sticking out. This means when you sit the phone down the lens is the most likely to get scratched up. I will dive into the details of the camera in the camera section of my review, but I will say that it is 12MP and as you can see there is a flash and a rear facing microphone tucked in with it. 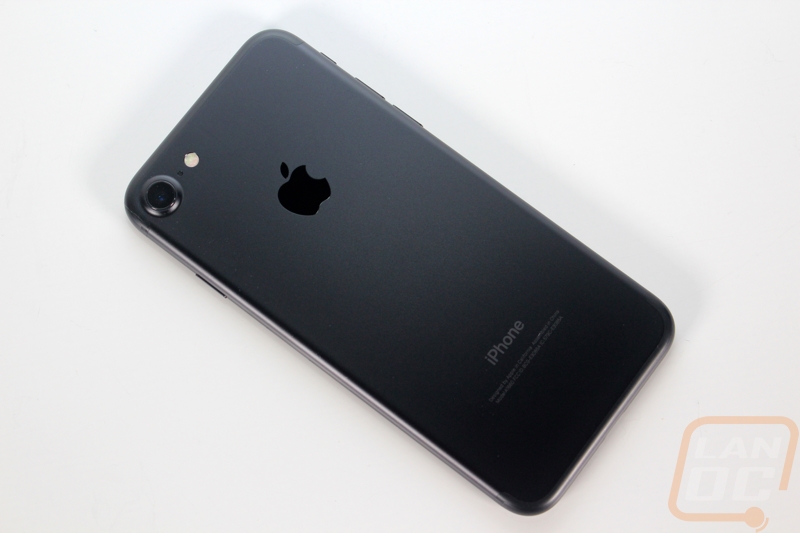 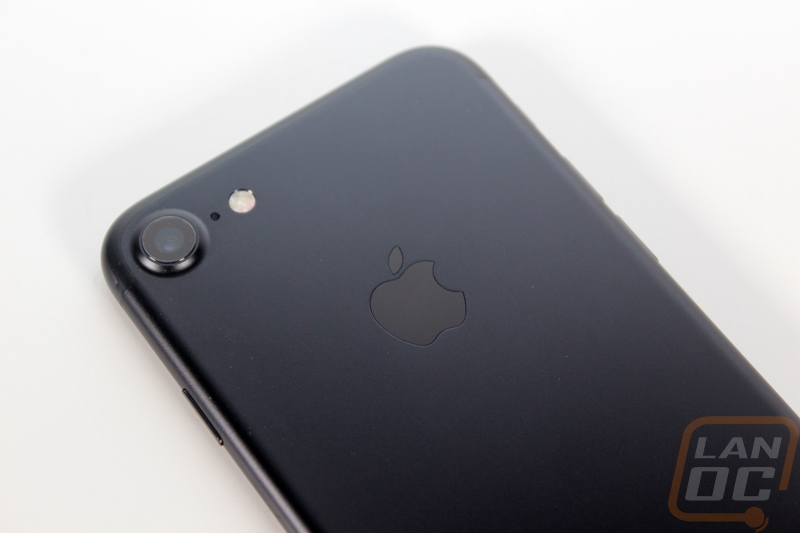 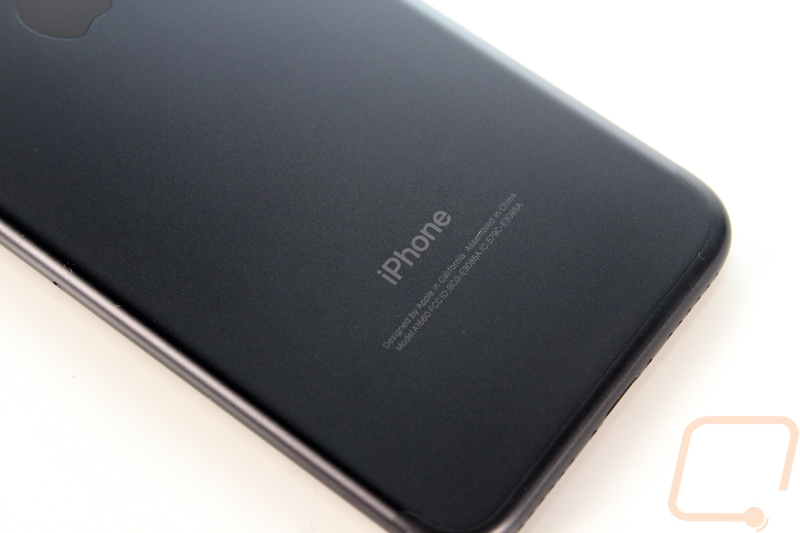 The iPhone 7’s smaller dimensions carry over when we take a look at the side profile as well. At 7.1mm thick the iPhone 7 isn’t the thinnest phone on the market, but it is still very thin. The aluminum frame runs around from the back of the phone onto the sides with the entire side being rounded, making it feel even thinner in hand. The right edge of the phone has a power button up in the normal power button area and then just below it is a slide out SIM card tray.

Down on the bottom edge the iPhone 7 has its thunderbolt connection in the center. On each side are matching 6 hole vents. One is for the external speaker and the other is for the headset/speakerphone microphone.

The left edge of the phone has two more buttons for volume controls, that isn’t a big surprise at all. The tiny switch just above them though was an interesting surprise for me. This lets you flip the phone into silent mode quickly. A really cool feature though I was a little worried that I might bump it in my pocket when not wanting the phone to be silent. In my testing this did happen a few times, not enough to be a big issue but still something to keep an eye on.

The top edge where you might sometimes find a headphone connection doesn’t have anything at all going on.

The iPhone 7 has a Retina HD display that is 4.7 inches diagonally. When Retina displays were first announced they were cutting edge but with a PPI (pixels per inch) of 326 and a resolution of 1334 x 750 the display on the iPhone is way behind even the displays on Android phones. Even last years phones had 1440p displays giving them PPI’s up in the 500-600 range. That’s not to say that the iPhone 7’s display is bad, it looks great in hand, especially with its 1400:1 contrast ratio but it's surprisingly that Apple didn’t give it an upgrade this time around. The upside to the lower resolution is that it takes a lot less power to push games at this resolution than at 1440p, hopefully, that will translate to great performance results in my testing later. 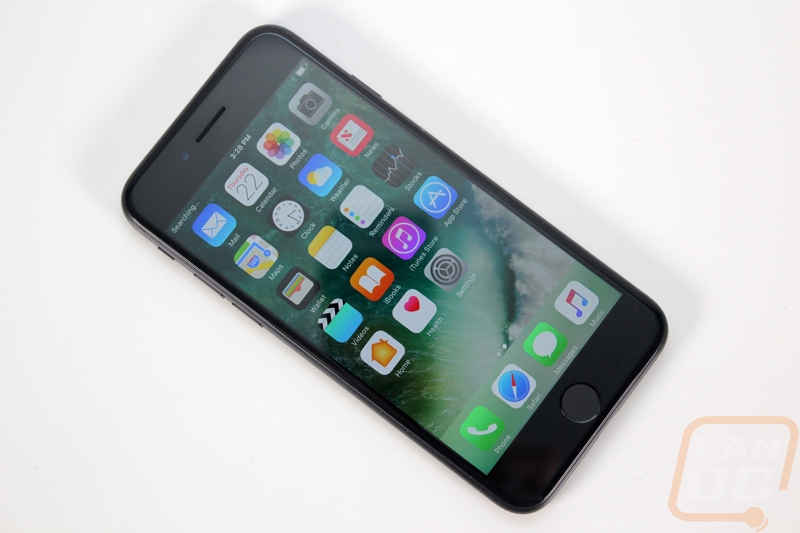 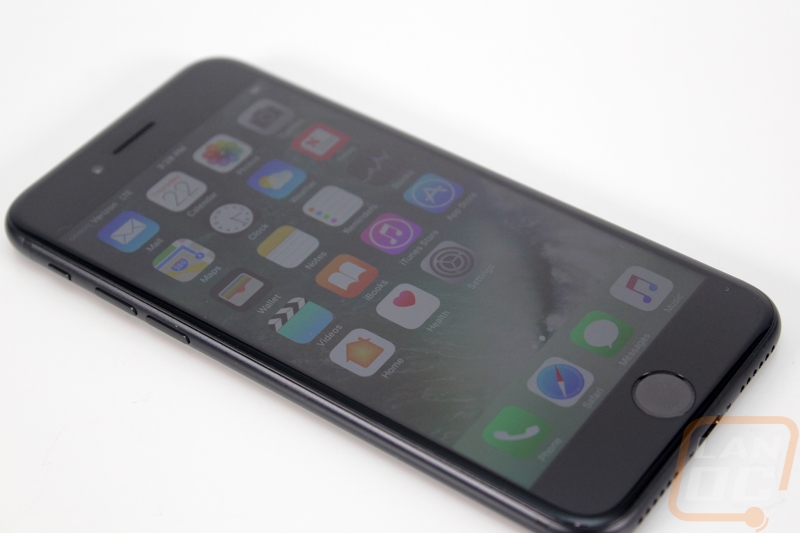 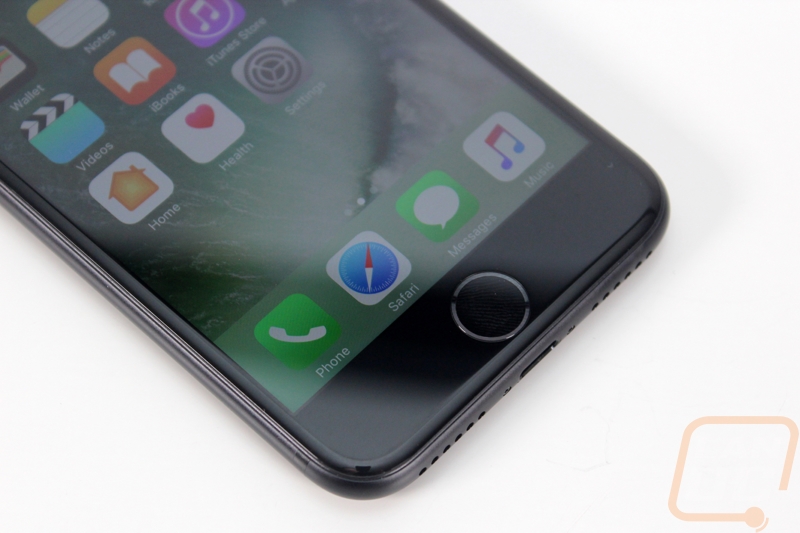 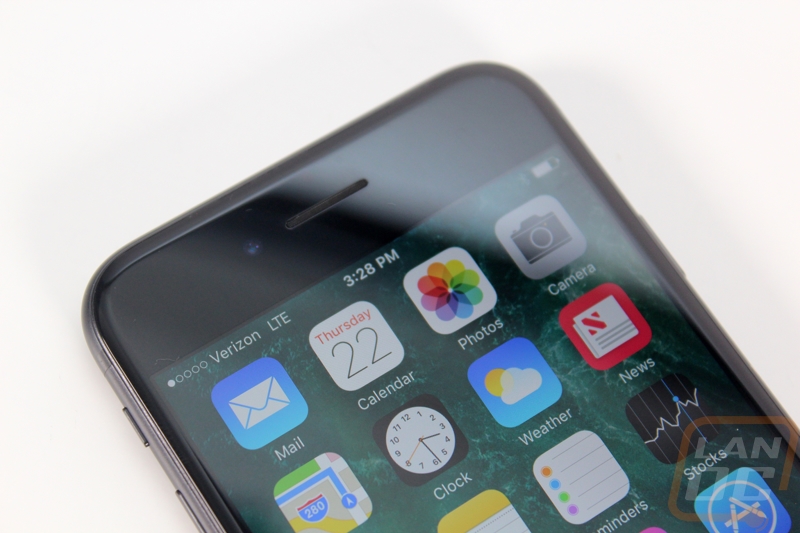 We have 1678 guests and no members online