Living with the Board

You have seen the specifications and stats.  You have seen the board from every conceivable angle.  But what is the board like to live with?  This is the same setup that I brought to LanOC v.10 and let me tell you, I am super satisfied with the results.  My current build is dubbed “Defiant”, after the ship in Star Trek: Deep Space Nine that really did fight way above its weight class.  Here are the components that this board is working with; 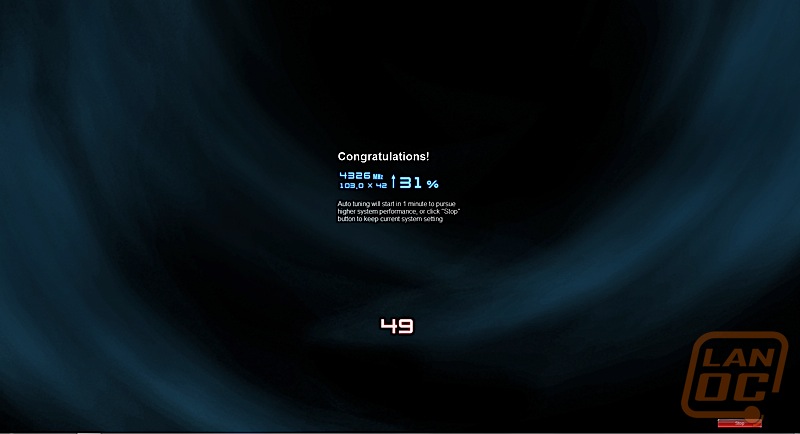 Before the system would auto tune, it shows you the target number that it will be running at after the reboot.

I previously had a Gigabyte board in the machine, and the tuning software was pretty decent for it.  When you chose the “Extreme” setting it would bump the multiplier up on the processor to 4.2GHz and it would run under 40C day in and day out.  The auto tuning software that comes with the ASUS is different.  Unlike the Gigabyte where it only changes the multiplier, the ASUS software also adjusts the voltage (to the processor, and RAM noticeably) to overclock the machine.

What I really like about the software is that it will choose a target point, reboot the machine, and run a stress test with those settings.  If the machine does not crash, then it ups the settings and runs the stress test again.  Basically, this will continue until the machine crashes.  The software then dials it back just a bit so you can run stable at the overclocked settings.  Cooling issues aside, this setup generated just over 4.6GHz with the exact same hardware.  The results are shown below. 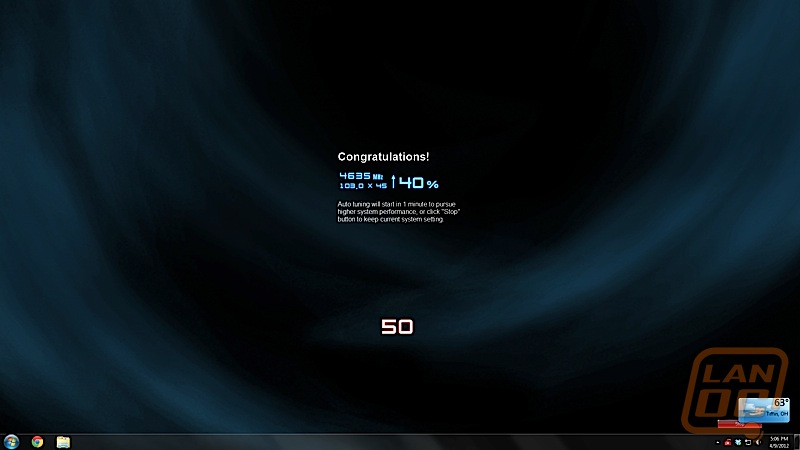 But what happens when you turn up the voltage?  You also turn up the heat.  Whereas the Gigabyte board would run super-cool at less than 40C the ASUS software monitor quickly points out that it is running at 83C shortly after running anything that would stress the machine.

For my "non extreme gaming friends" they still place some stock in the Windows Experience Index score, so basically for bragging rights when I show them this article, I will include the before and after screenshots here. 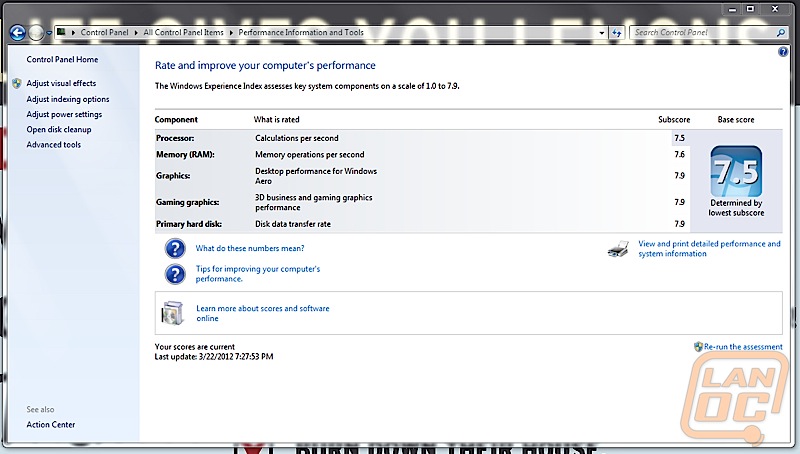 Before (above), and after (below). 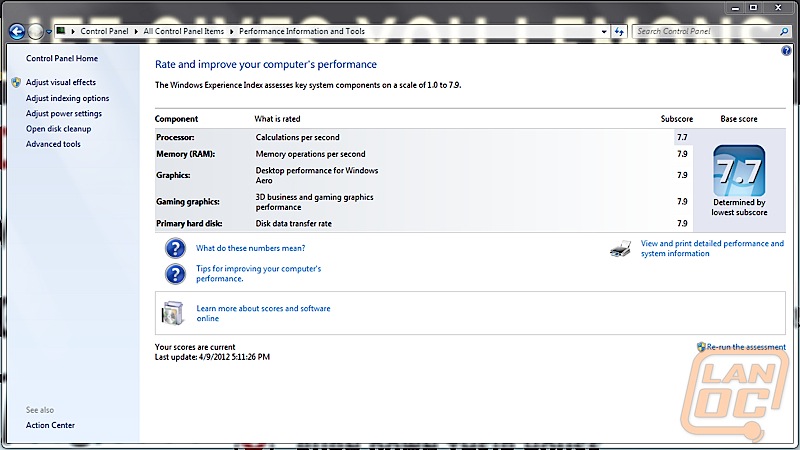 The processor is still the weak link, but with everything else a 7.9 that is a nice improvement on the memory!

But wait, you are saying "Show me the REAL benchmarks!"  I say, "Read on my friend!"

We have 1277 guests and one member online