There really are two parts to the performance of a bag like this. Does it hold everything you need it to? And how well did it function once it was loaded up. For the first part of that we only needed to pack the following

A basic list of things needed for any LAN party you may go to. If it was myself I would have a spare to almost everything and a tool kit also, but my wife likes to live on the edge, lol. 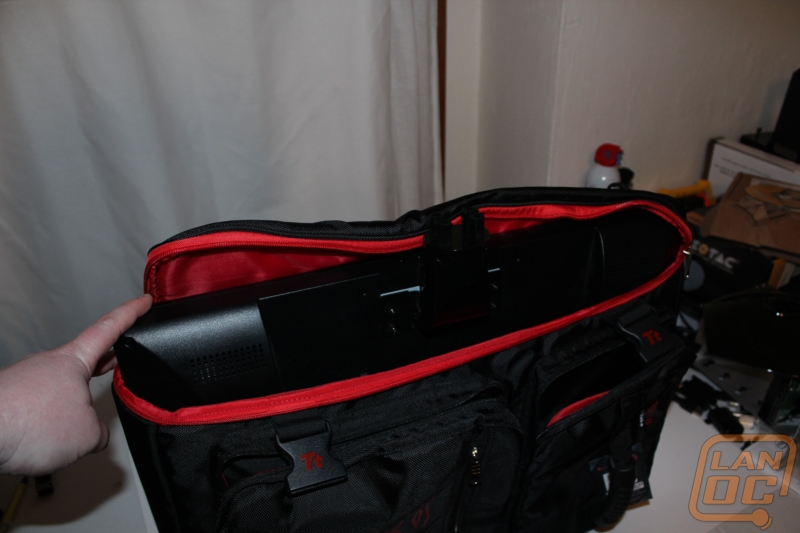 All of her components went right into the bag taking up almost no room including the G15, and we all know how large they are. Mind you all of this fit without even using the three compartments in the middle of the inside of the bag and with more room left in the outside pouches. When it came dropping in the monitor we removed the stand and dropped it in. That is when I realized that even though this case supports up to a 24 inch monitor, it will depend on the resolution. My wife’s monitor is a little taller due to the 1920x1200 resolution. Because of this it stuck out just enough to cause problems. This is no fault of Thermaltake’s, but it is something to consider when picking this up. I later tested a standard 1920x1080 resolution monitor and had no trouble at all zipping everything up. Thankfully though, even without being able to zip it all up the support straps that do all of the work still would reach. Because of this there wasn’t really any problem using the bag. 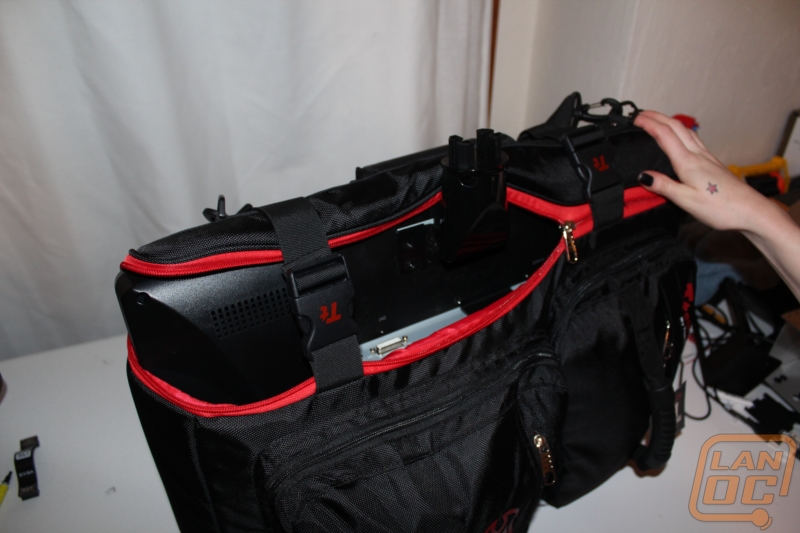 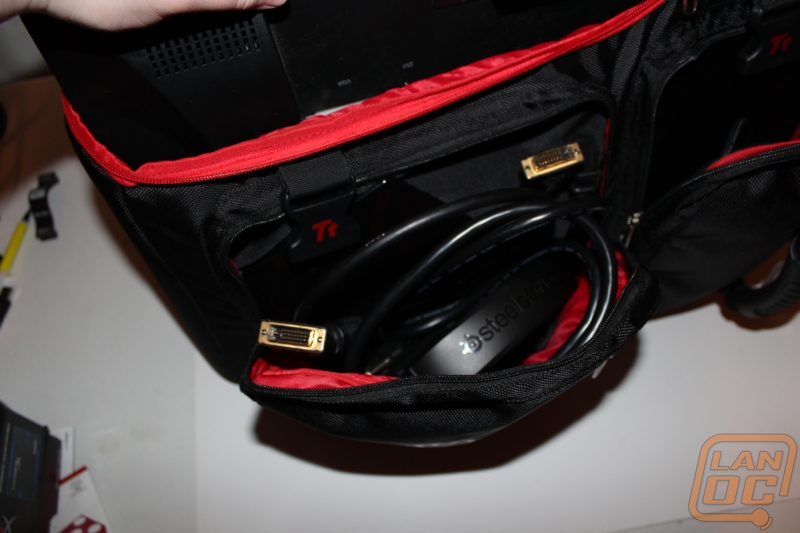 As you can see with everything packed up my wife, who is tiny as can be, had no trouble carrying her entire rig in one trip. In the future I will most likely be packing her up with a different monitor, but beyond that the Battle Dragon Bag worked flawlessly. 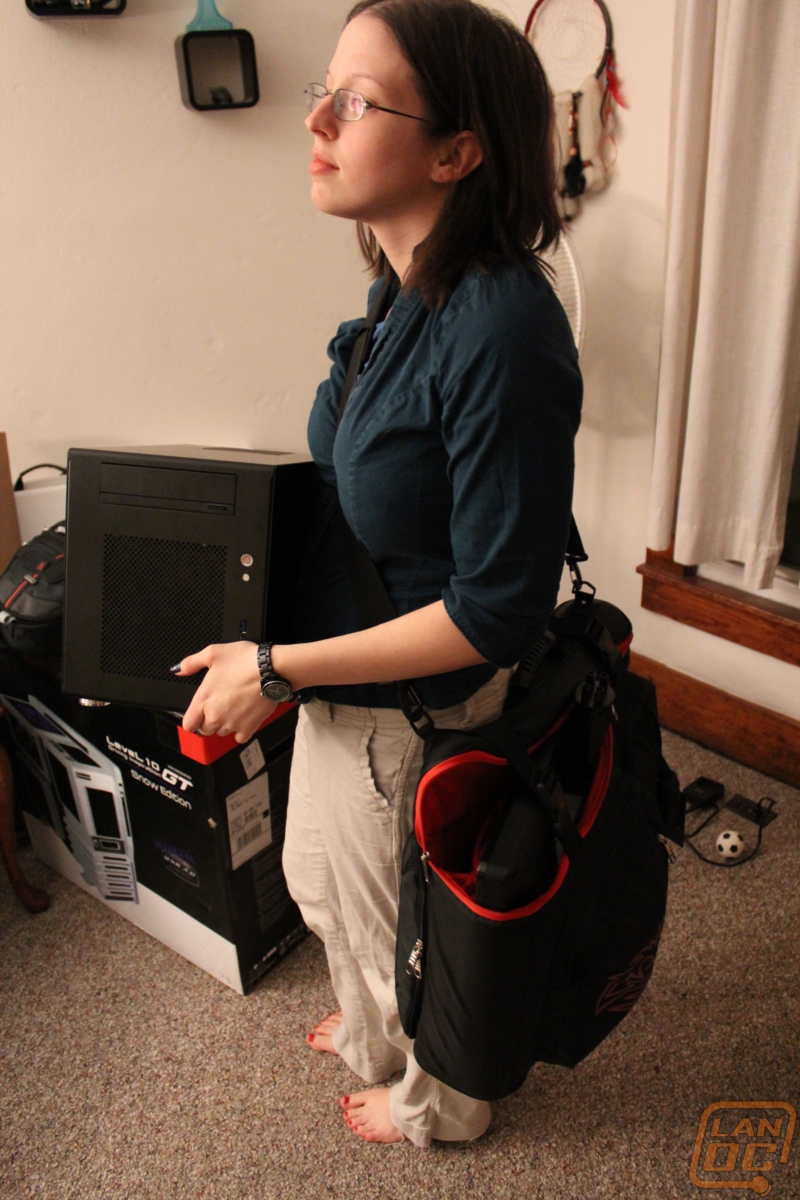 I used it this weekend and have no intention of taking any of the stuff out of it now. I'm ready to LAN it up at a moments notice

We have 1149 guests and one member online