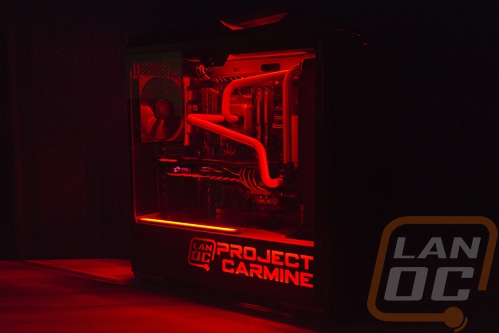 As always I’m not one to leave things alone. The original plan for this build was the AIO and adding one more light controlled by the Cooler Master MasterCase Maker 5t and calling it a day for aesthetics. Honestly, that would have still looked good. But as it turns out Cooler Master ended up sending me the wrong set of lights. They are magnetic and have the same light diffusers as the single LED that the 5t comes with. But this set is powered by SATA so they can’t be turned off or set to breathe using the front I/O button. 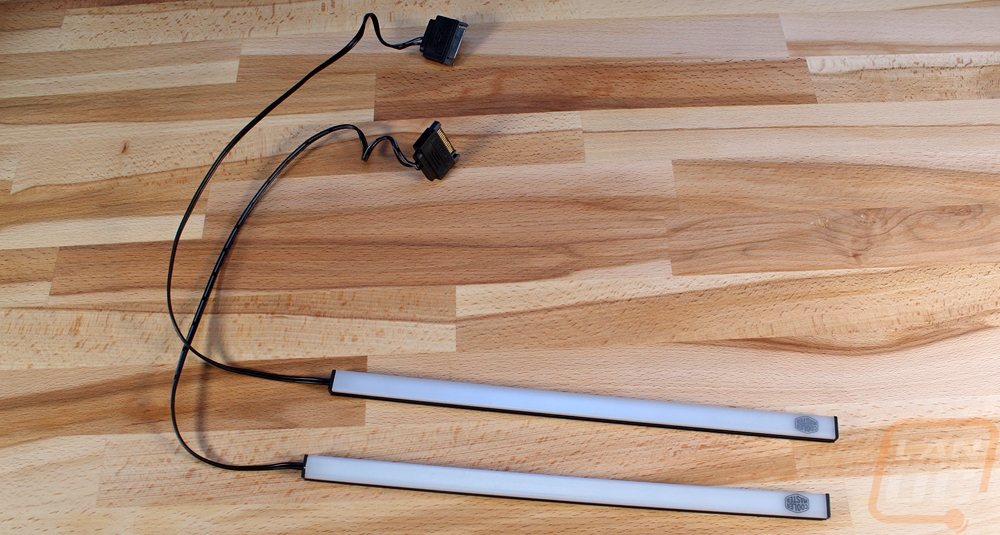 I put them up in the warehouse and just figured I would use them in another build in the future. But after the months of work on the water cooling off and on. When I finally finished up bending tubes I was excited about this build again and started thinking of ways to add a custom touch. I originally was thinking about 3d printing the build name and putting it inside the case but with the low amount of lighting that the single LED provided through the tinted glass side panel, it wasn’t going to look good. I pulled the lights back out and started wondering what I could do with them to light those printed letters up. From there I decided I would just stick with putting stickers on the outside of the case like we always do with our builds. I started thinking about at least backlighting the normal stickers. I even installed the two lights but they just didn’t put out the light I needed. So I grabbed a piece of white paper, folded it in half and put it in the bottom of the case to see if that would be enough backlighting. As you can see in the picture below, the paper just lit up. You can also see just how dark the areas to the left and right of the paper were without white to bounce light on.

From there I then came up with the idea that I could invert the letters and put them on the inside. After that, I decided to do that but to cut the letters out so they would be lit up, not lit up around them. I pulled out the plotter and cut out a test and gave it a try. This worked better than I could have ever imagined only I needed to make a few changes. I wanted more height because I could see some light coming out of the top edge and I needed the sticker to run all the way across the bottom of the glass to keep any light from being seen that way as well. 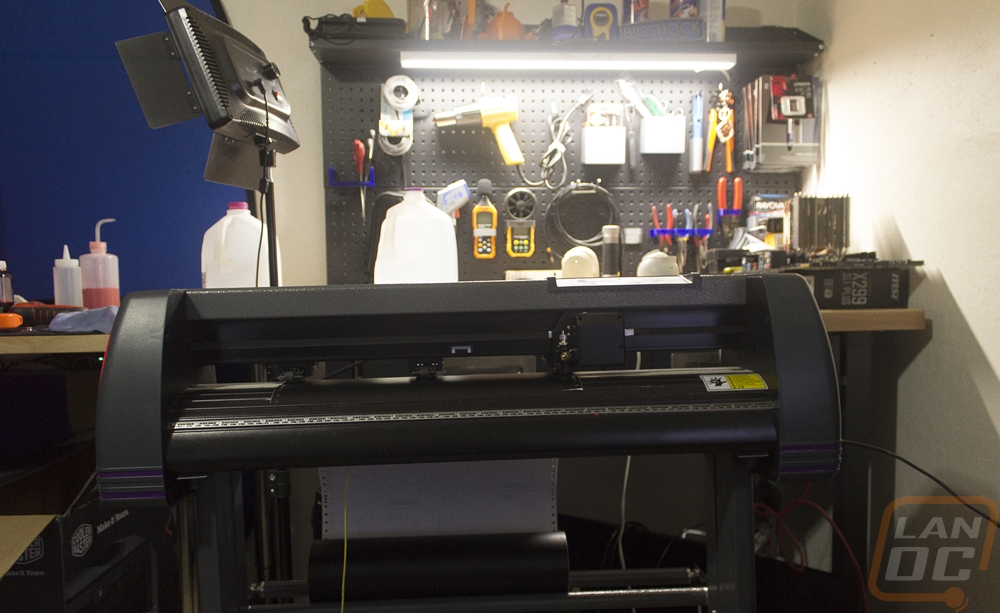 With the side panel done I still had to figure out what I was going to do for the white background. I couldn’t just keep a half sheet of paper stuck in there. I was originally going to design and 3d print a white wall but when getting my measurements and test fitting everything I designed to just try cardboard for the structure. It fit perfectly so I pulled it out and got out some of my bright white reflective 3M vinyl and covered the cardboard to get the white finish. When you look down at an angle you can see the corrugated finish but I found that it wasn’t visible at all with the side panel on or to anyone who wasn’t looking for it when the side panel off. 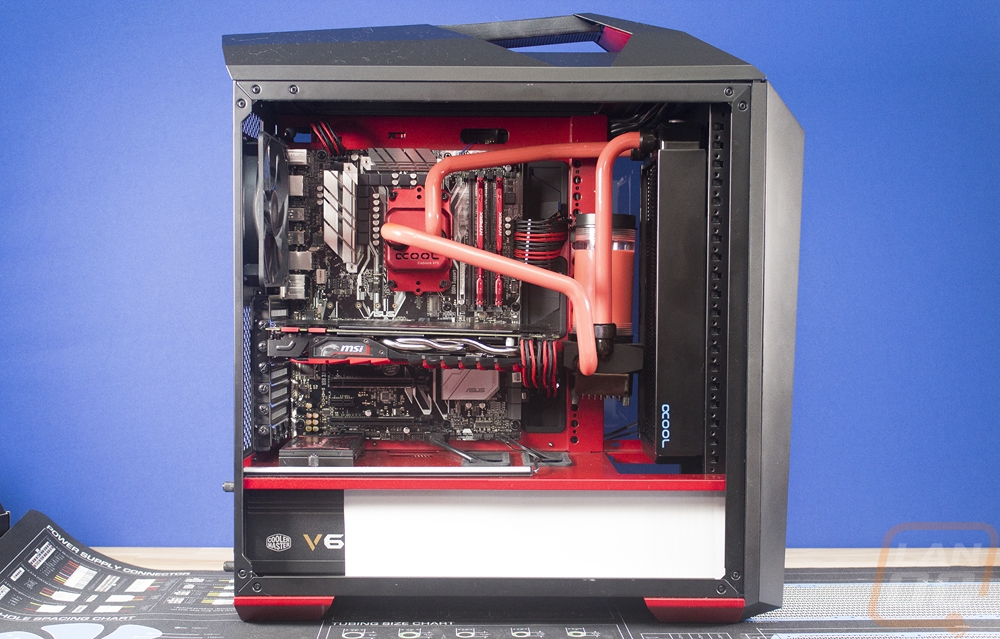 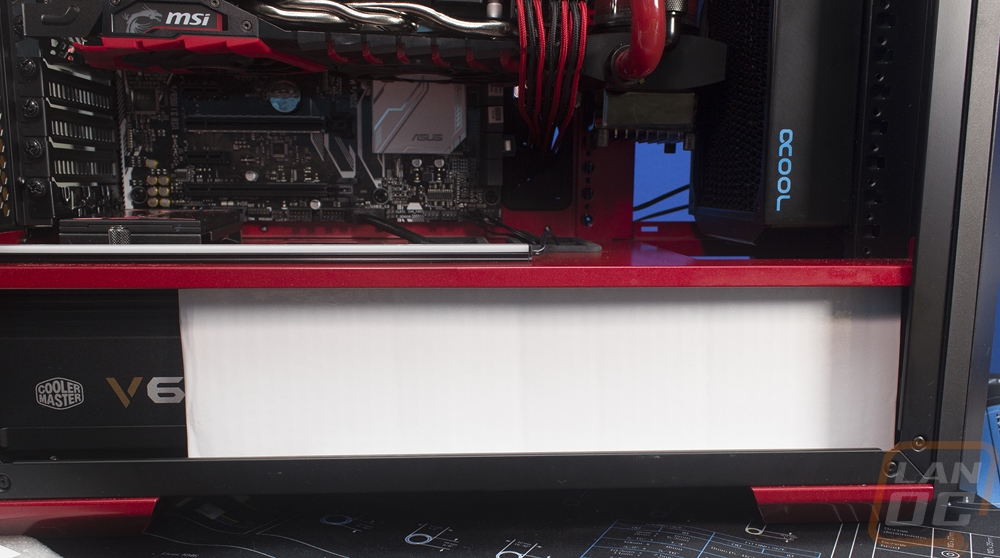 The end result was well worth the time. In fact, I really want to play with this technique more in the future with other projects. 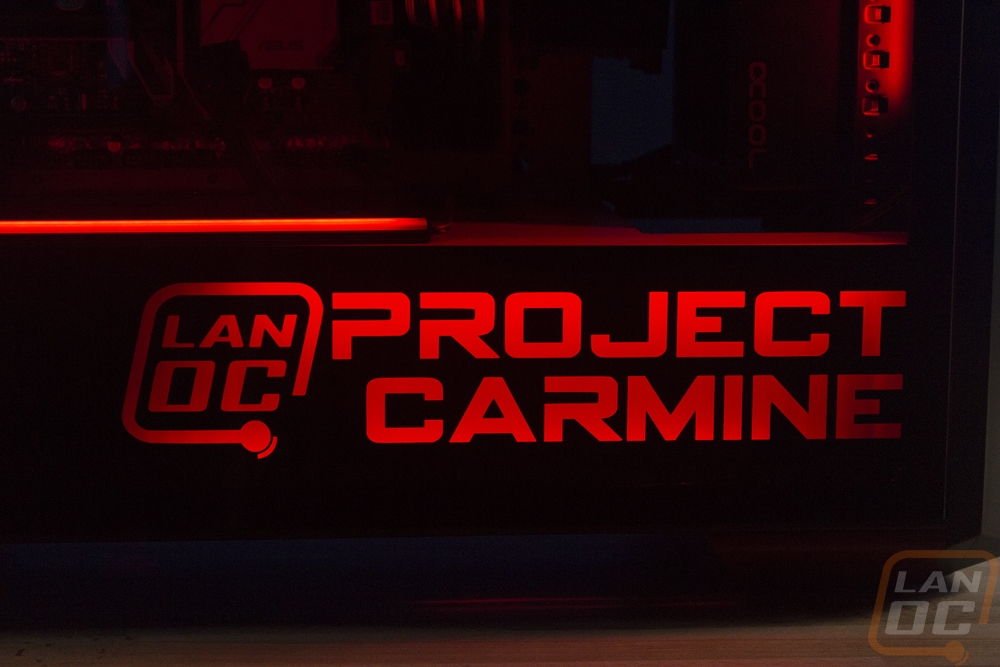 I did end up getting to play with the 3d printer that night though. When I finished with the stickers I started going back through things and realized when I installed the radiator that the screws were too short. I had longer screws but I didn’t want to punch through the radiator and cause a leak so I needed to pick up some washers at the hardware store. The problem was, it was already 3 in the morning so I was going to have to wait. Then it clicked, I could just print washers and it would even allow me to make them the thickness I needed rather than having to stack them. Two minutes in Autodesk Fusion 360 and my simple design was finished and off to the printer. It only took about 7 minutes to print them as well. It wasn’t a big deal or anything but it did blow my mind a little that I was able to get what I needed in the middle of the night so quickly. I’m sure I could have even saved more time by finding a design that was already made, but I wanted my 4mm thick design. 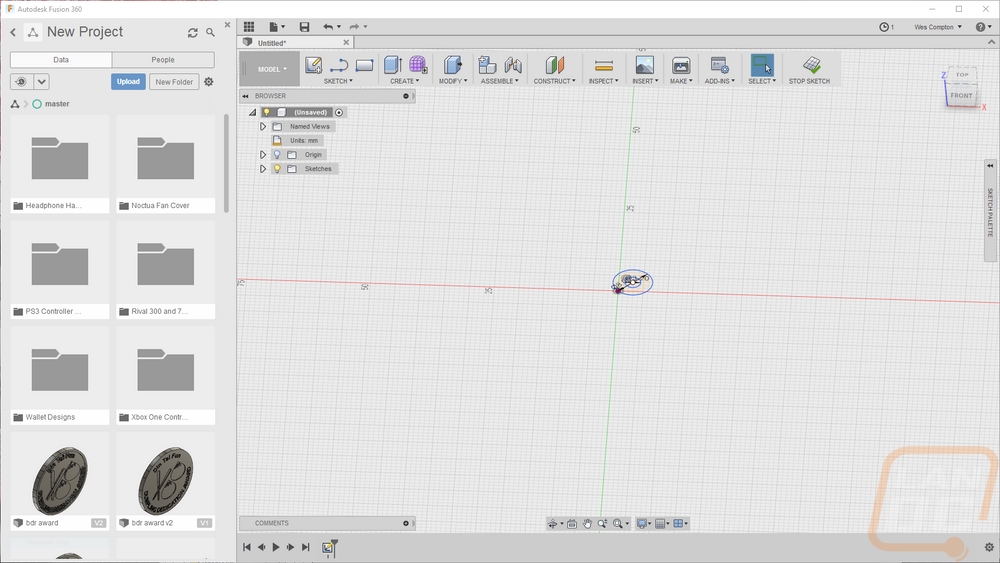 So for wiring, I had originally built this system with the stock cooler master wiring. I like to run custom length cables but with this build, I thought I would do something different and use cable extensions. Primochill provided them along with the coolant. They have a selection of kits that get you a 24 pin, an 8 pin CPU, and two PCI cables. Basically, all you need to spice up your build. They only cost $29.95 as well. Between you and I though, if you go to the website and don’t buy anything and mouse up to click the back button in your browser they might even have a popup that gives you a discount as well ?. They have all of the popular color combos at that price or you can have them make custom cables for you.

I went with the red and black set for obvious reasons. They are paracord and the colors look solid. 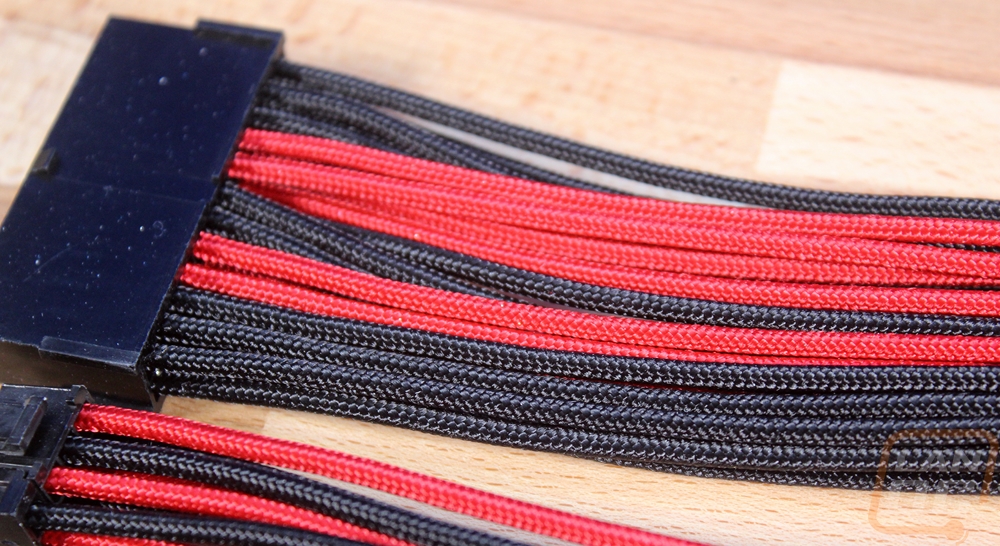 They also include cable combs that install from the back to help get that perfectly gapped look. 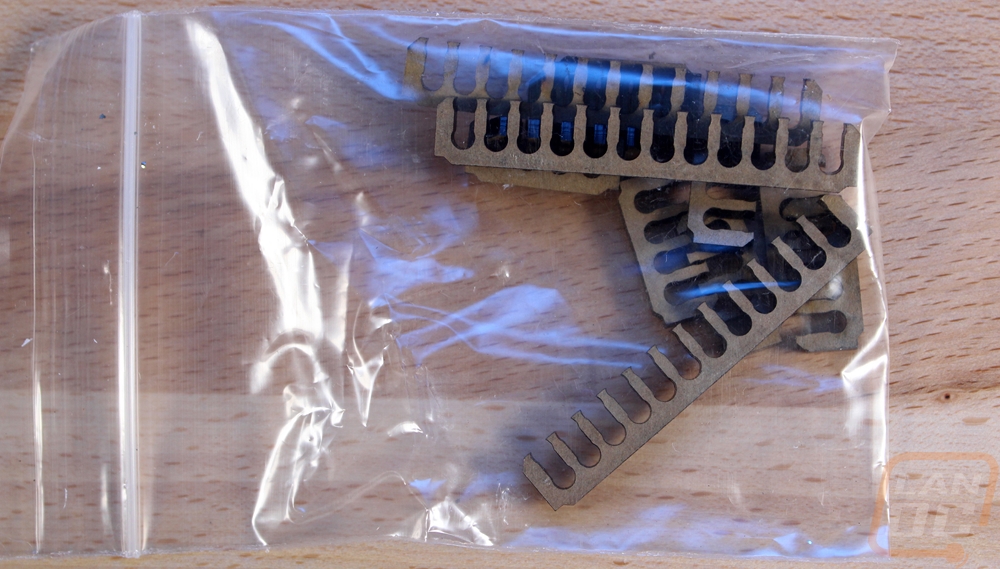 I dropped them into the build (I actually did this before I installed the loop as you can see) and they look amazing with the red interior of the 5t. I do want to get a new comb later for the 6 and 8 pin PCI cables to do a better job with the spacing. When I first installed them both cables wouldn’t stay together so I clipped them together. Now they are TOO close together, sometimes you just can't win. 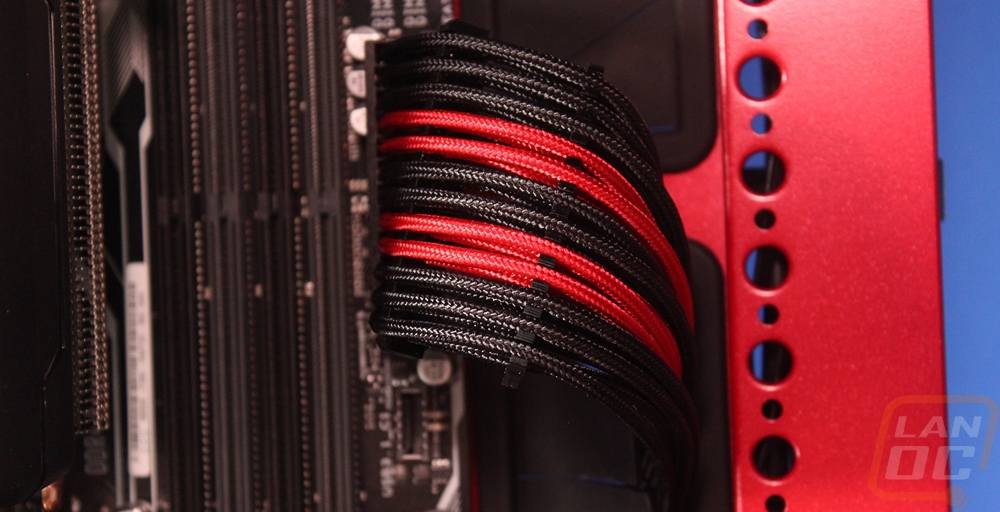 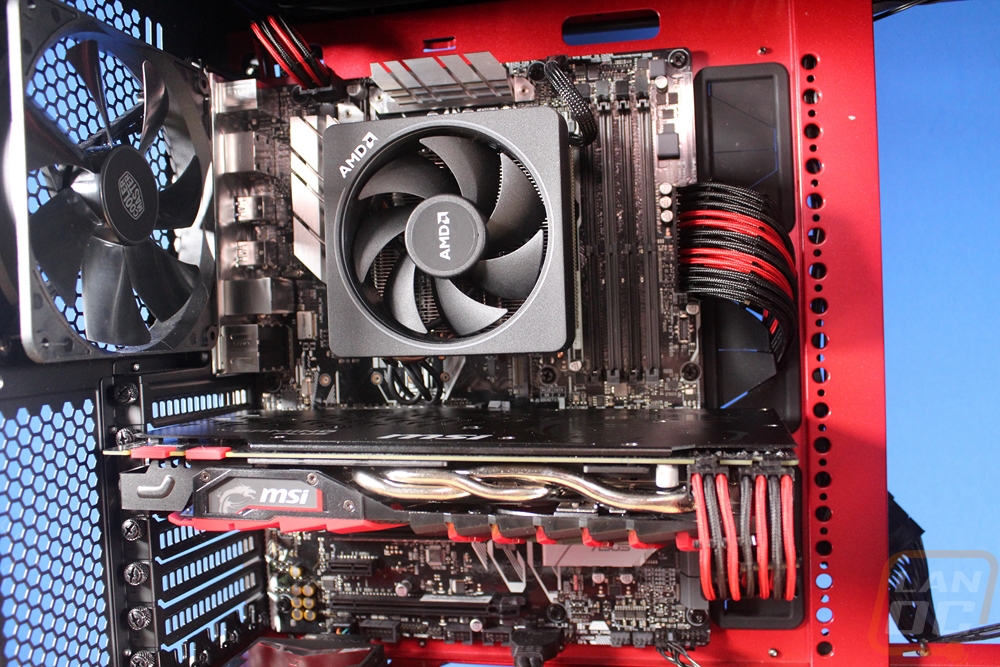 Anyhow once I had the loop together and everything installed the single LED strip that comes with the 5t started to bother me even more. It just wasn’t enough light to show off what was inside of the build through the dark tint of the glass side panel. 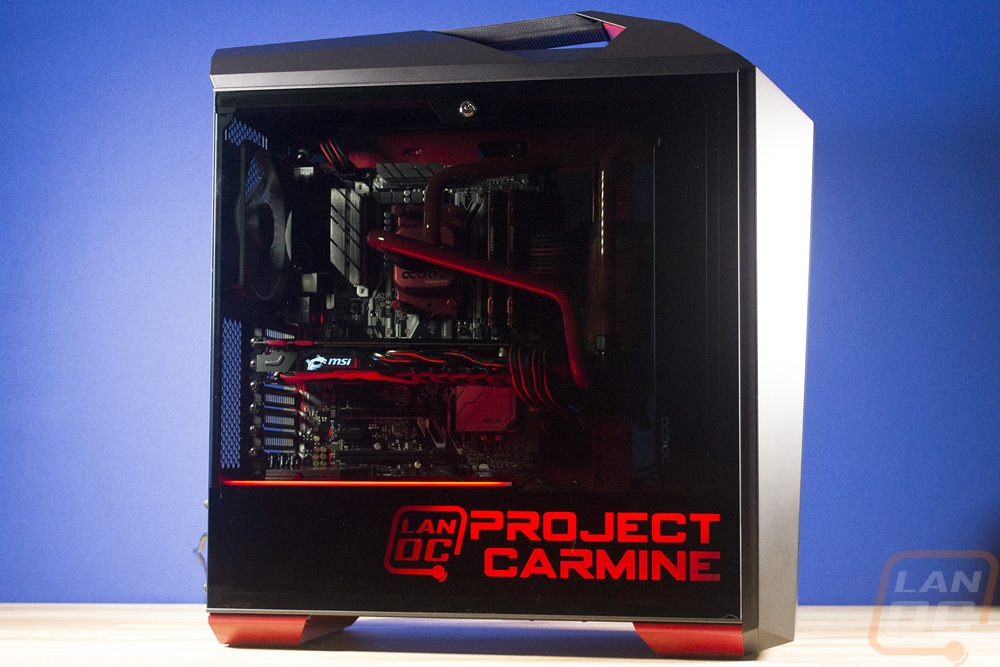 I spoke with Cooler Master again and they were able to find me a proper set of the LEDs that run off the 5t controller. I installed them both for a total of three controlled lights in the top half of the case and the two always on lights for the Carmine logo. The end result was amazing if not too bright. It even lit up the top red vent enough for it to glow. 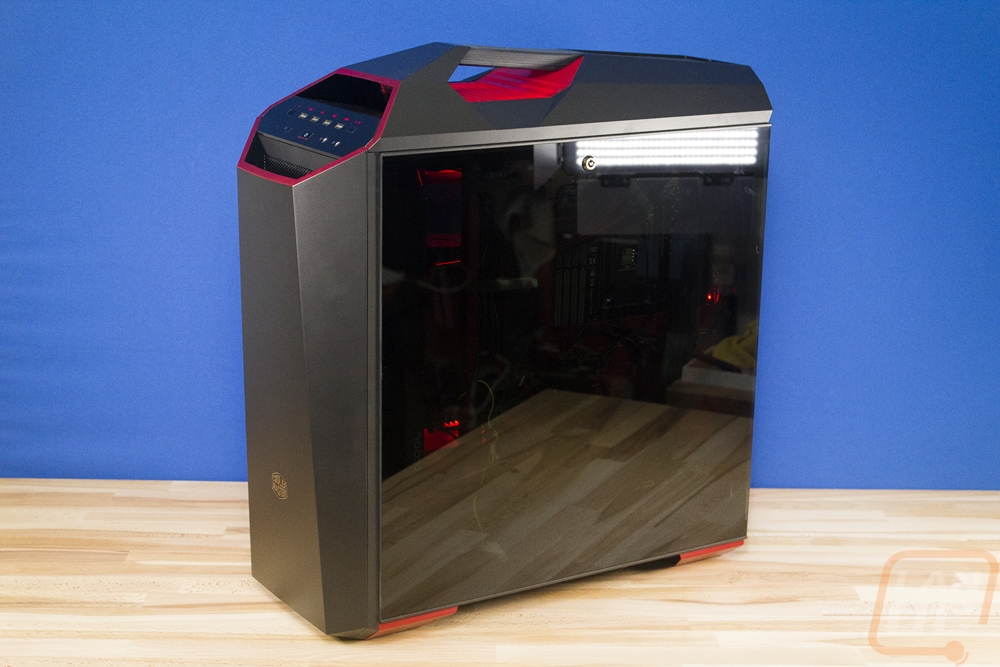 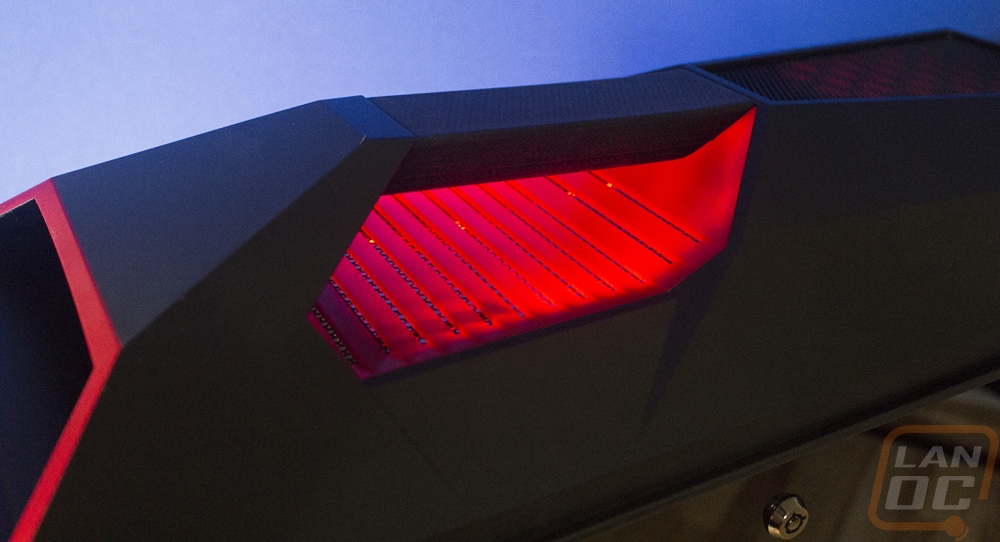 Here is a look at the build all together as well. I’m really proud of the way this one turned out. I’m not done though, we still have to get the system overclocked a little and benchmark it. Knowing how I don’t like to leave things alone I might end up changing more by then. So keep an eye out for part for of this project! 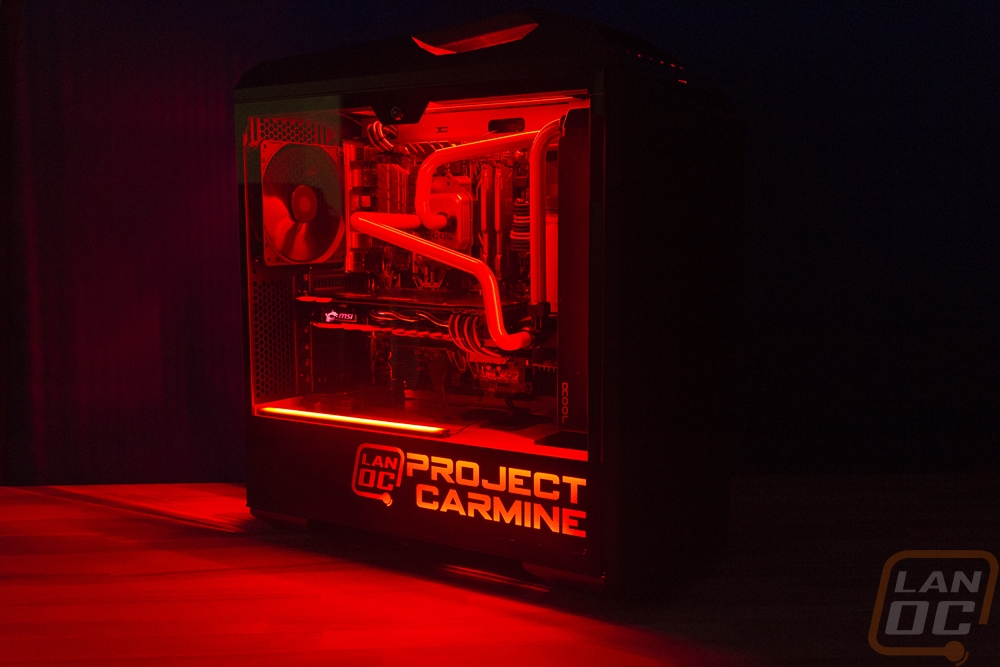 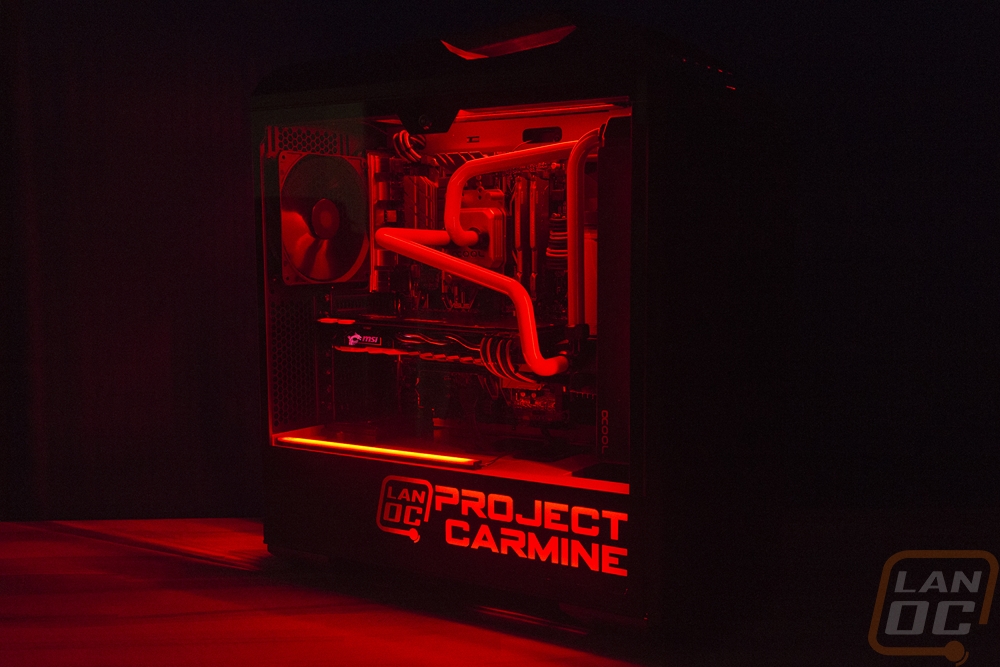 You might call him obsessed or just a hardcore geek. Wes's obsession with gaming hardware and gadgets isn't anything new, he could be found taking things apart even as a child. When not poking around in PC's he can be found playing League of Legends, Awesomenauts, or Civilization 5 or watching a wide variety of TV shows and Movies. A car guy at heart, the same things that draw him into tweaking cars apply when building good looking fast computers. If you are interested in writing for Wes here at LanOC you can reach out to him directly using our contact form.
Discuss this article
Log in to comment
Posts in discussion: Project Build: Carmine - Part 3 – Custom all the things

We have 1792 guests and one member online