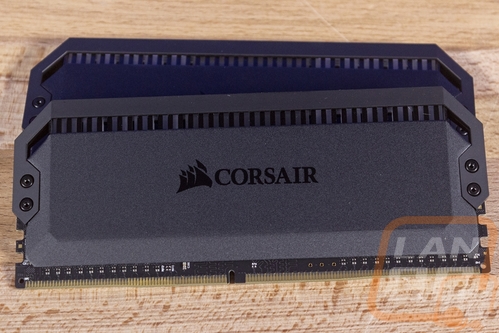 For performance testing, I ran the Dominator Platinum RGB kit through our normal benchmark suite. Memory when it comes to performance testing is mostly a numbers game. The clock speed and timings make most of the difference with the capacity and number of sticks play roles as well, especially when it comes to jumping up to quad channel kits on X299 and Threadripper. What I’m saying is at stock speeds there aren’t any big surprises. The kit we were sent is a 16 GB kit in dual channel 8GB sticks and is running at 3000MHz. This is actually the slowest Dominator Platinum RGB kit that Corsair sells when it comes to clock speed but it is also one of the most realistic when it comes to what people will be shopping for unless you are doing a very high-end build. This kit has a Cas latency of 15 and 17-17-35 timings. The clock speed might be the lowest for the Dominator line but it isn’t too bad for memory overall, 3000-3200MHz is the benchmark for a good build.

Sadly for my results, most of the kits I have tested recently are 3600MHz and 3200MHz and in the case of the Ballistix Elite kit, it is also a quad channel kit. You can see how that makes a difference in the read, write, and copy tests. Overall though the Dominator Platinum RGB kit held its own, especially compared to the Predator kit which was also running at 3000MHz. 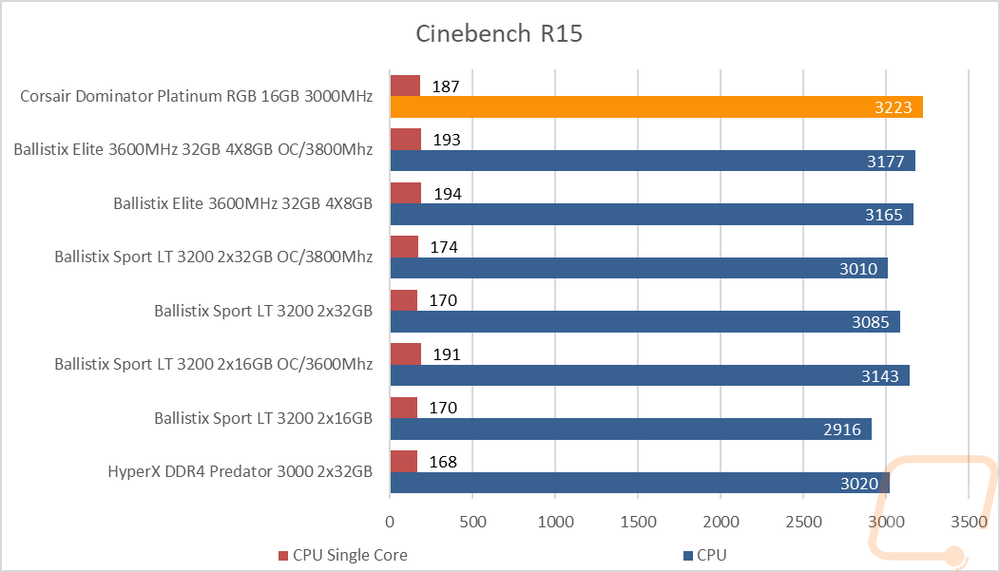 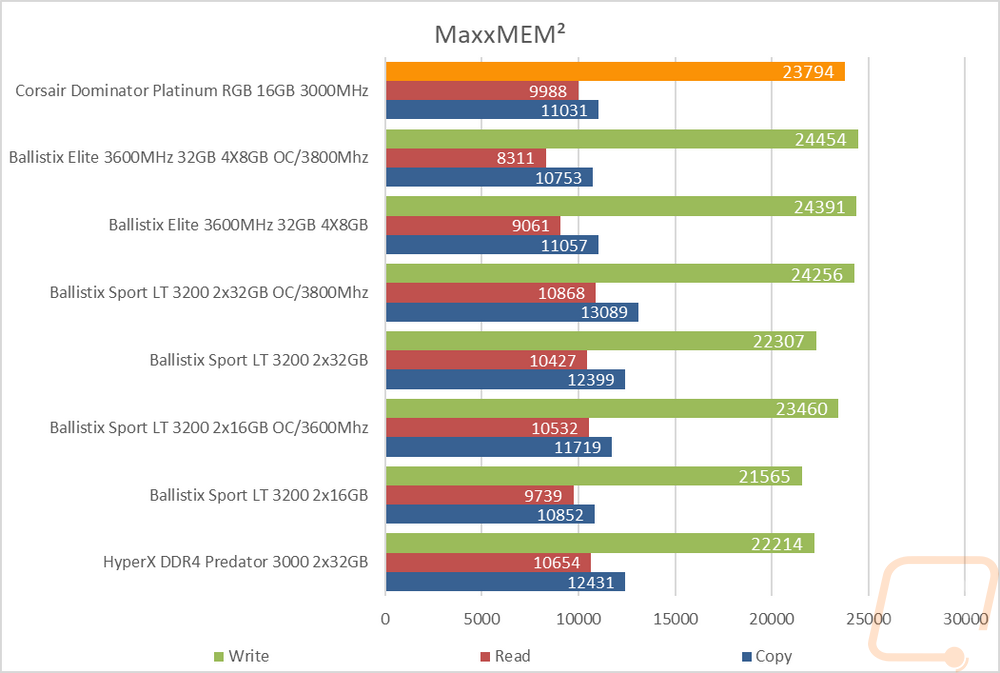 Memory mostly has to worry about temperatures when overclocking but I was curious to see how the Dominator Platinum RGB kit would handle the heat. To do this I used AIDA64’s stress test set to load the memory. I ran this test for almost 2 hours while waiting for the temperatures to level off using the iCue software’s ram temperature readouts. Once they didn’t go any higher I snapped this thermal image to see how the kit was handling things. You can see the heatspreader has most of the heat in it with just a small differential between it and the small amount of PCB showing. The classic Dominator top bar is pulling some heat up into it but it runs the coolest. Most importantly though, even after that long, the memory was running at 96.8 degrees Fahrenheit at the hottest spot in a room temperature of 74f without any fans on it. Heat, at least at these speeds, isn’t a problem. I would be curious to see how the 4800Mhz kit would compare though. 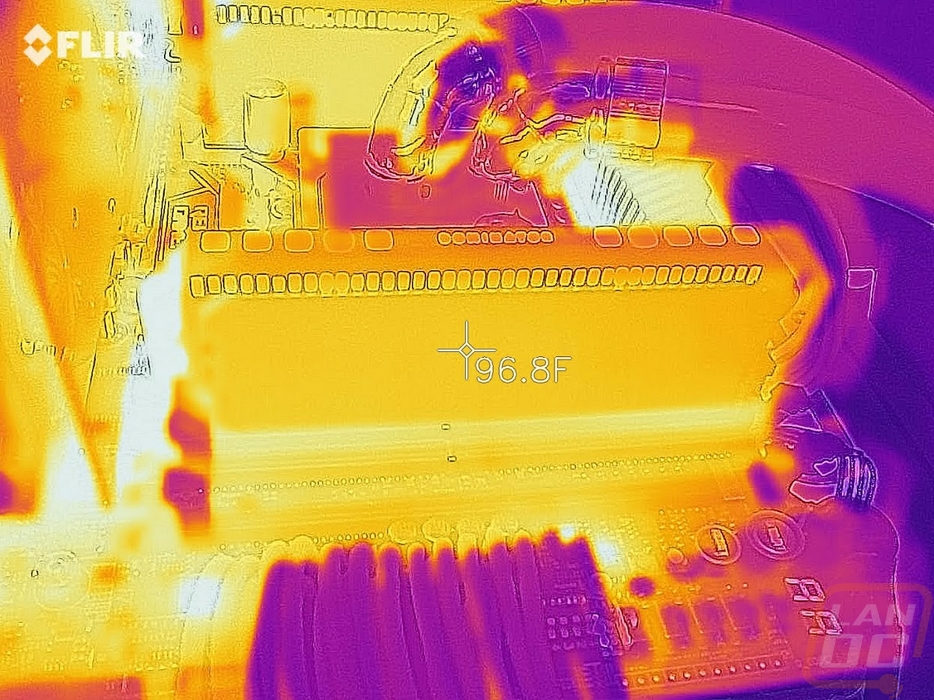 We have 1757 guests and one member online