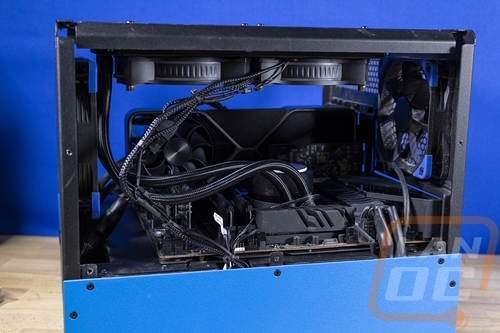 One of my biggest concerns with the move to the Intel i9-10900K was how I would handle cooling everything. I’m still hoping to eventually move over to a custom loop. But in the meantime, I would need something capable of cooling the CPU that would also fit in the CaseLabs BH8 case which does have a lot better support for water cooling compared to the smaller BH7 that I used in our original Crush build. Most air cooling options weren’t going to be ideal given limits in the overall cooler height that the BH8 has and a 120mm air cooler like the U12S that I used on the Threadripper setup could work. But even with Threadripper, I fought a lot with fan noise due to the CPU getting warm. I decided to give an AIO set up a try and I just happened to have Cooler Masters's new Masterliquid ML240 Illusion come in and it fit the bill. A 280mm option would have been a little better, but I knew this would work. 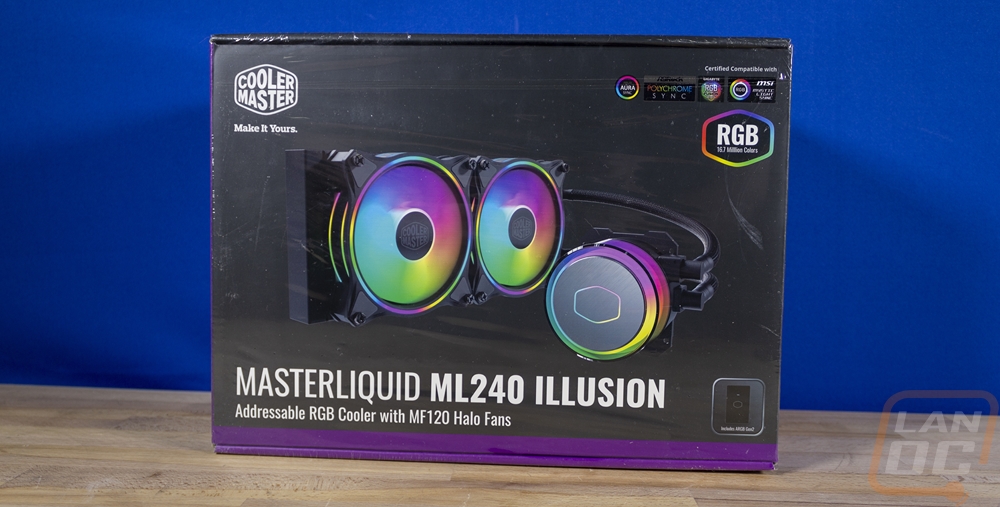 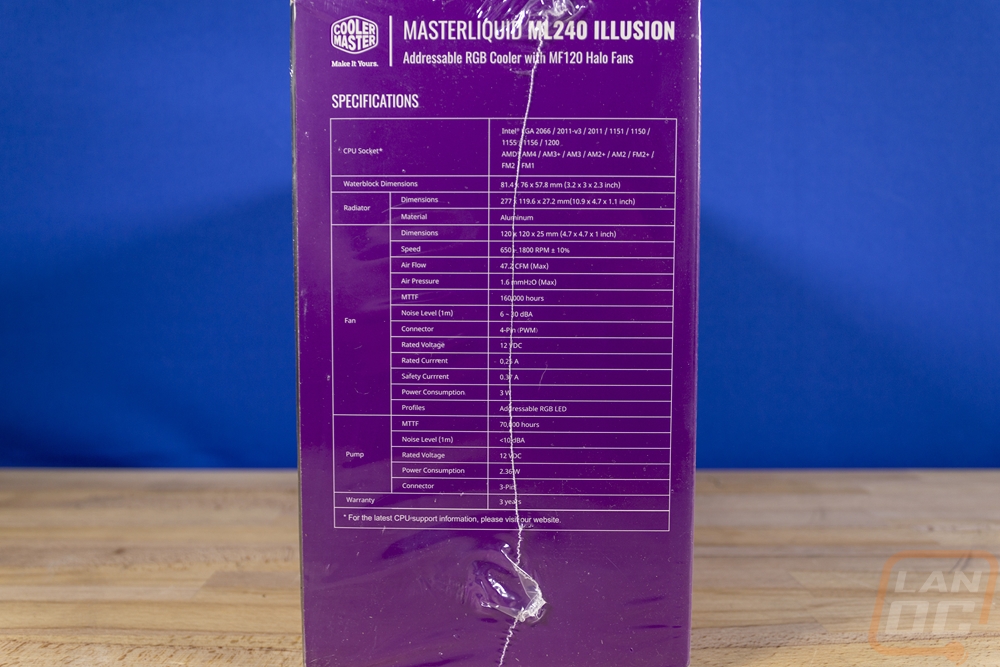 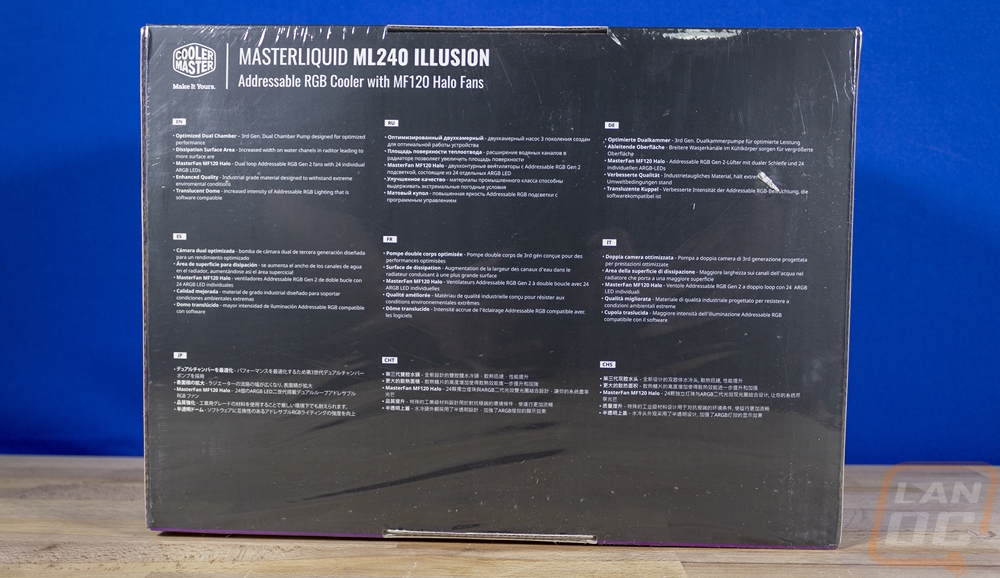 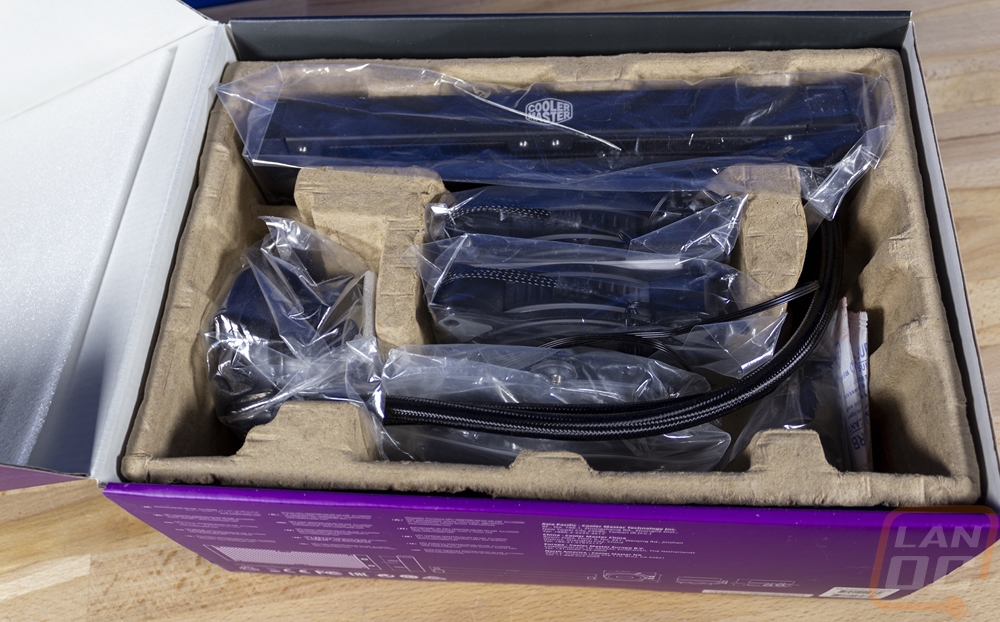 The Masterliquid ML240 Illusion has a relatively standard AIO configuration including the newer boxy style of radiator that most kits have been going with. The tubing has black sleeving over top which looks nice as well. Then on the side of the radiator, they have the Cooler Master branding.

The pump/water block is where things diverge a little. Most AIOs are all from the same OEM but Cooler Master has had a long history of going their own way including very public legal battles and their own designs. They use a dual-chamber pump design that avoids patent issues and they suggest that it gives more time for heat transfer to the coolant and to keep the noise down. Then up on top of the pump, they have RGB lighting with the Cooler Master logo and a tinted translucent housing that lights up the entire top half of the pump. This is where the Masterliquid ML240 Illusion gets its illusion name because when the lighting is off the pump looks like your standard black housing. The pump has two wires running from it, one is a small RGB plug and the other is a three-pin fan header which is what runs the pump and lets your system know the pump RPM. The contact surface on the bottom is large but does have the standard machined surface, not a nice mirrored finish like you will see on some custom water cooling blocks and higher-end air coolers. 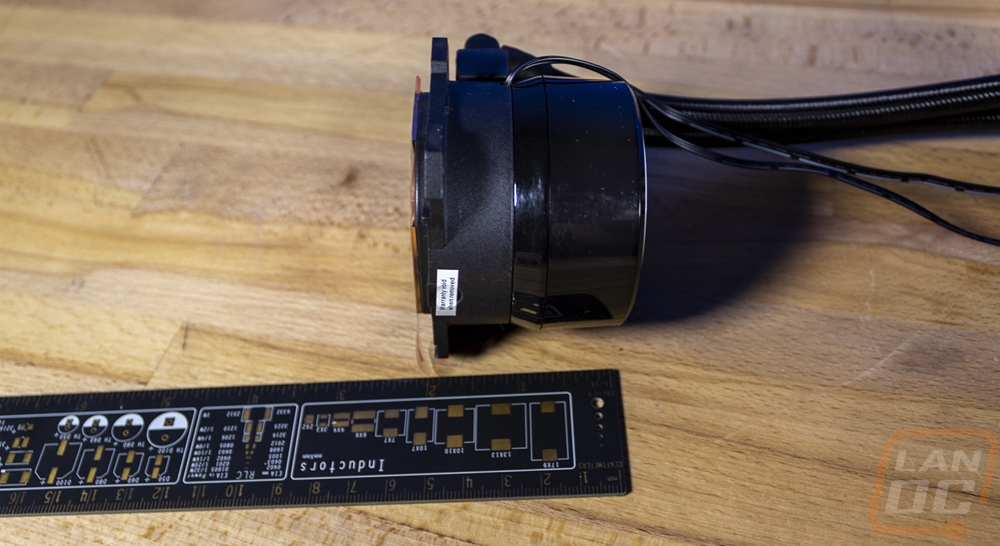 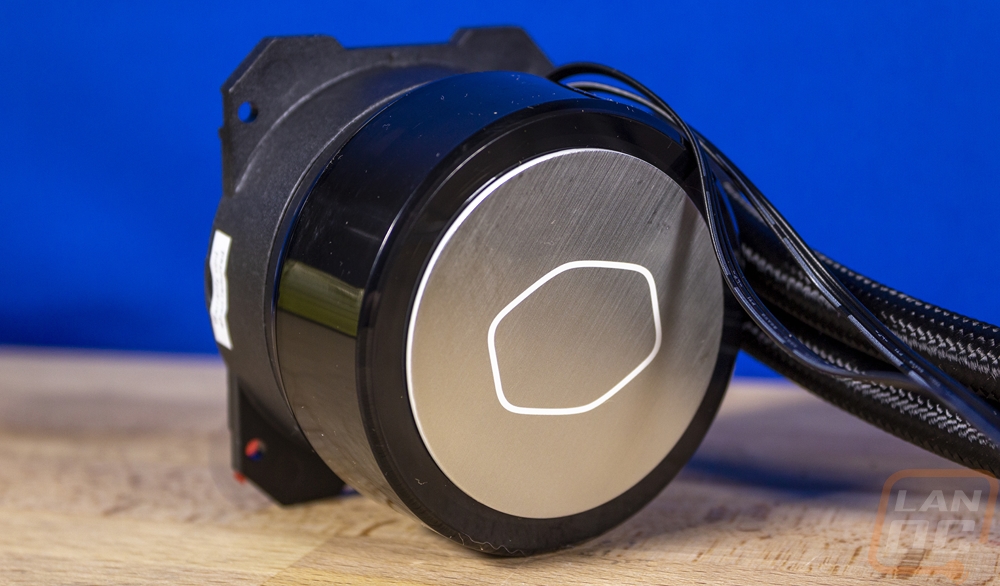 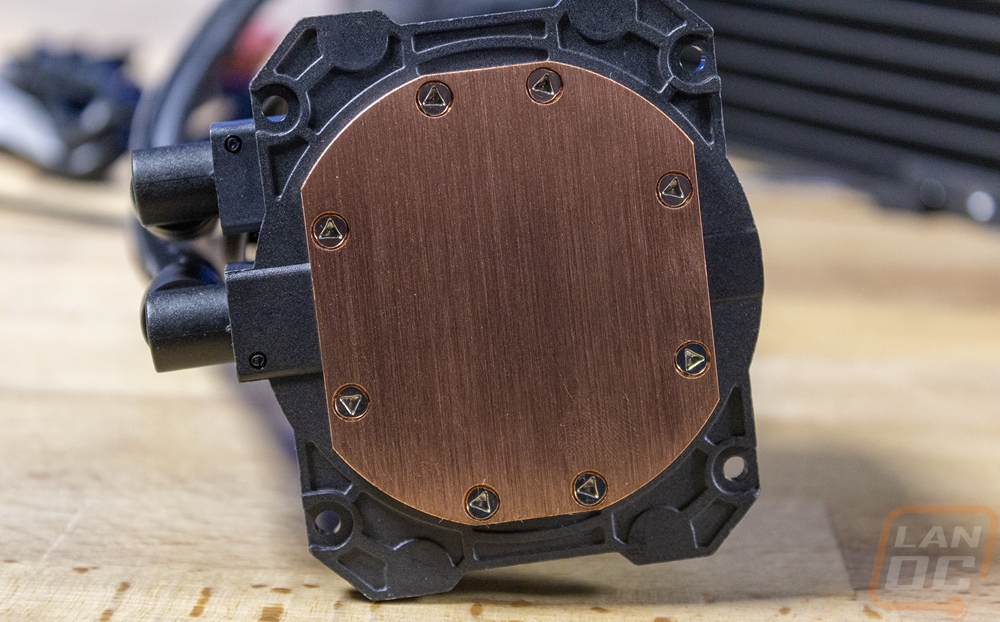 Then for airflow, the Masterliquid ML240 Illusion comes with two 120mm Masterfan MF120 Halo fans. The halo name is for the dual addressable RGB LEDs that wrap around the outside as well as the LEDs inside of the translucent fan blades at the center. In total each fan has 24 individually addressable LEDs. They have lighting on both sides of the fan on the outer ring and each ring of lights has diffusers on the outside edge and on the main side so you can see them in any direction. To help make all of that visible the fans don’t have the standard squared-off shape, they are a circle with wings sticking out for the four mounting points. Each of those has rubber anti-vibration pads on each side as well to help keep vibrations to a minimum. These fans have a 1.60 mmH₂O max fan pressure and 160,000 hours of life expectancy which would be over 18 years of being on 24/7. For wires, both fans have one normal four-pin PWM fan cable which has black sleeving, and then a short cable with the small addressable RGB plug for the lighting. 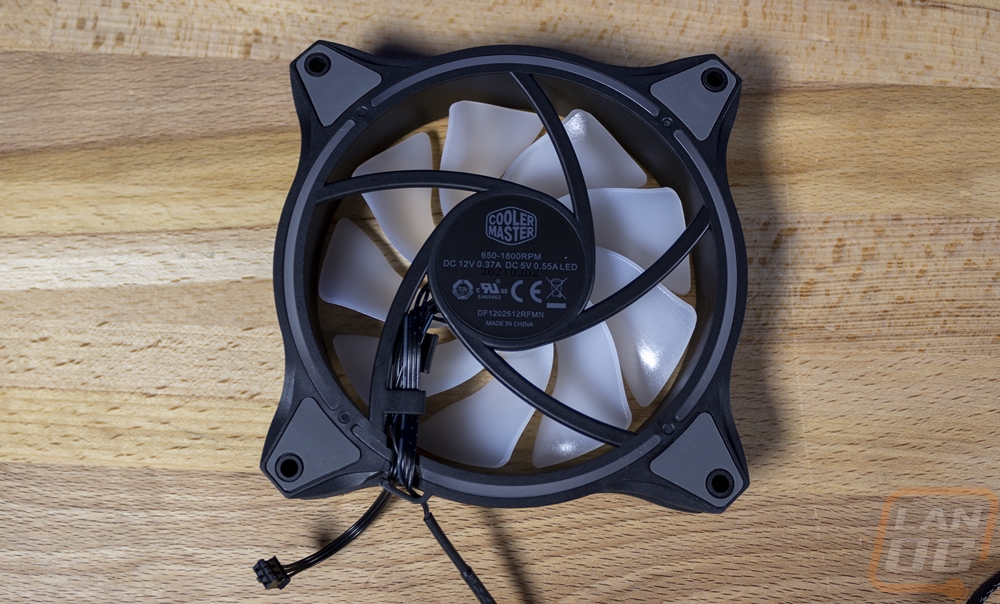 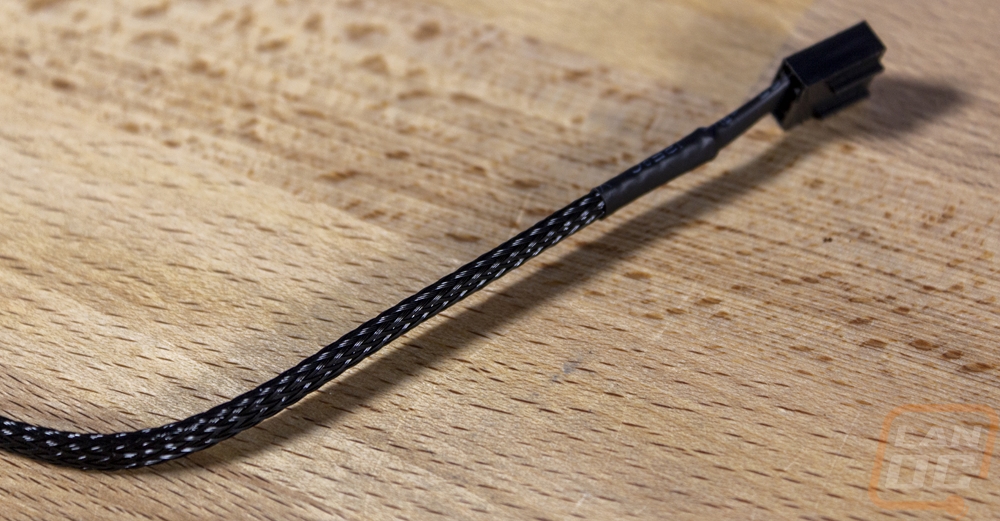 To control all of the lighting the Masterliquid ML240 Illusion comes with a control box. The top of the box has a nice brushed finish with the outside outline of the Cooler Master logo on top. The controller has its power and USB connections on one side, which for the USB it uses a standard micro-USB plug on the box side. Then the other side has three RGB connections. Just one of those is for the Masterliquid ML240 Illusion itself, they leave extra plugs for additional Cooler Master Illusion products. 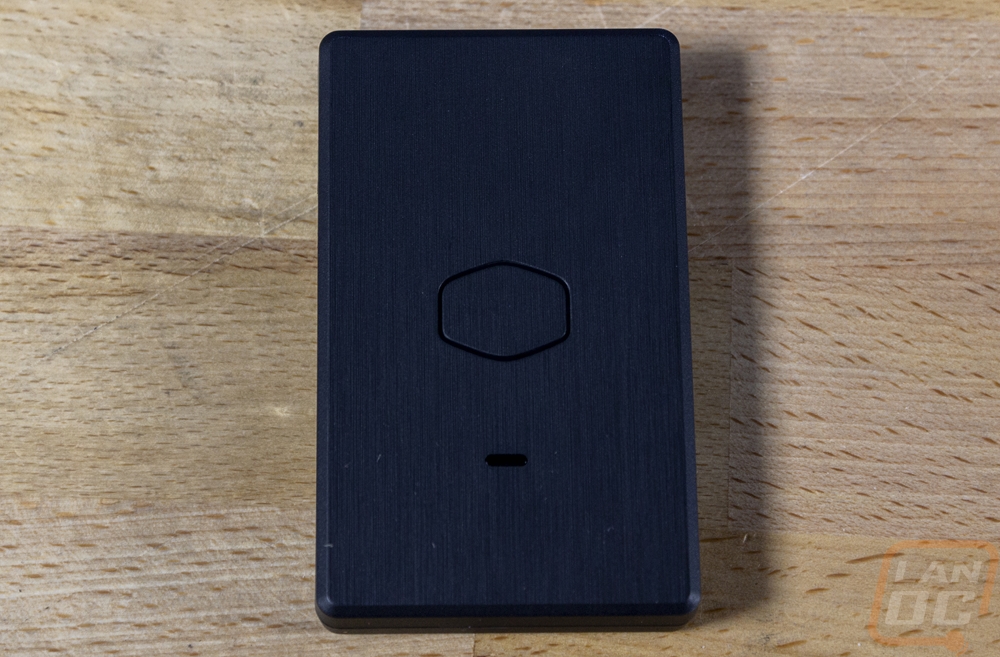 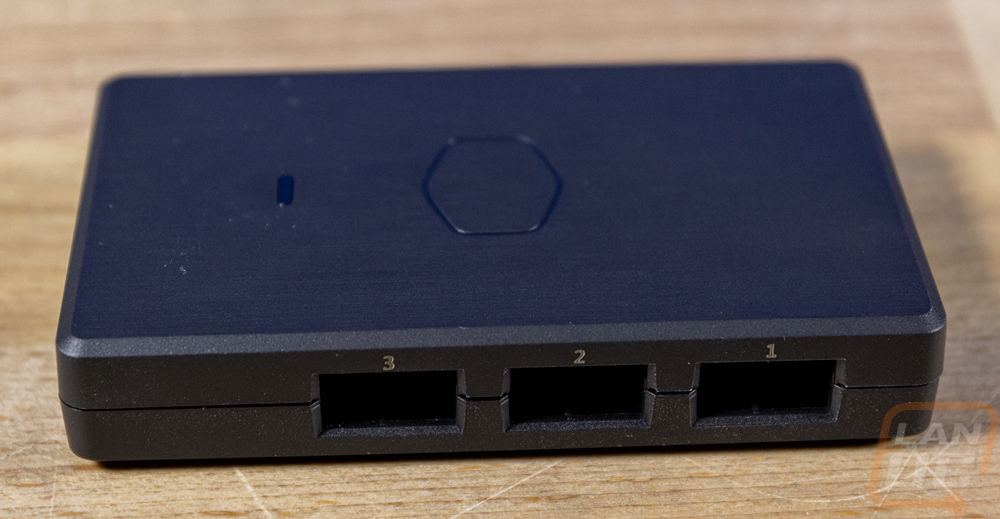 When it comes to hardware and accessories the Masterliquid ML240 Illusion comes with a lot. They of course have mounting options for both Intel and AMD which also includes the backplate for Intel installations. The fan screws are a cool thumbscrew design which makes getting all of the screws started easy. They there are standoffs for LGA 2011 or AMD installs as well as a small tube of thermal paste. There are also a few different cables. You have the power cable and the USB cable for the controller. Then there is a dual fan to single fan adapter to help when you have motherboards with fewer fan headers and to keep the two fans in sync. Lastly the RGB cable. The RGB cable opens up other options as well. This cable will let you hook the lighting up to the controller or it will also work to hook directly to your motherboard with a standard addressable RGB plug. That is the option I decided to go with on this build. I prefer to have fewer programs installed and running and hooking directly to our Asus board makes the installation much easier. I didn’t have to dive into anything under the motherboard tray to hook up and to hide the controller. 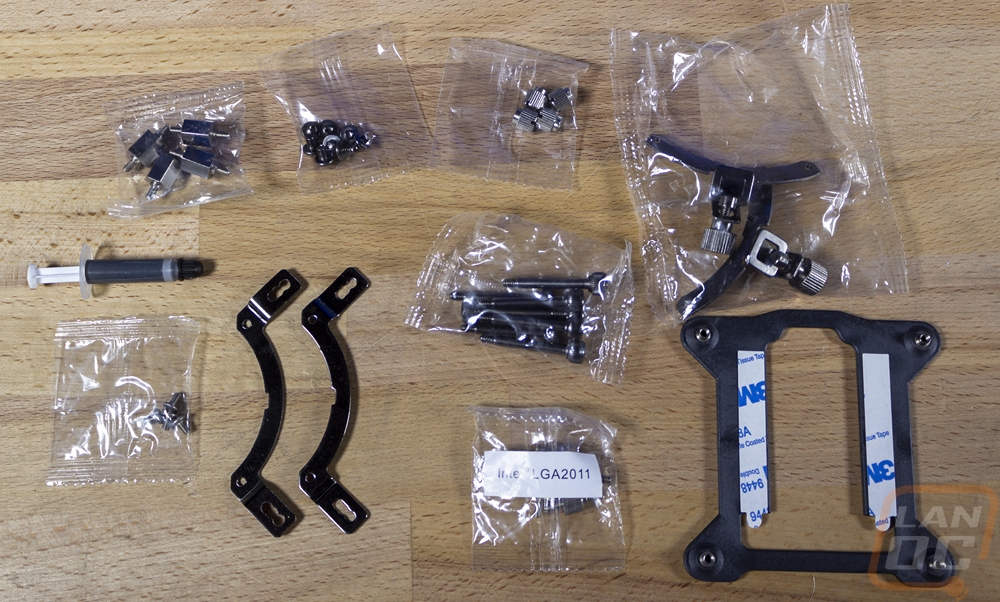 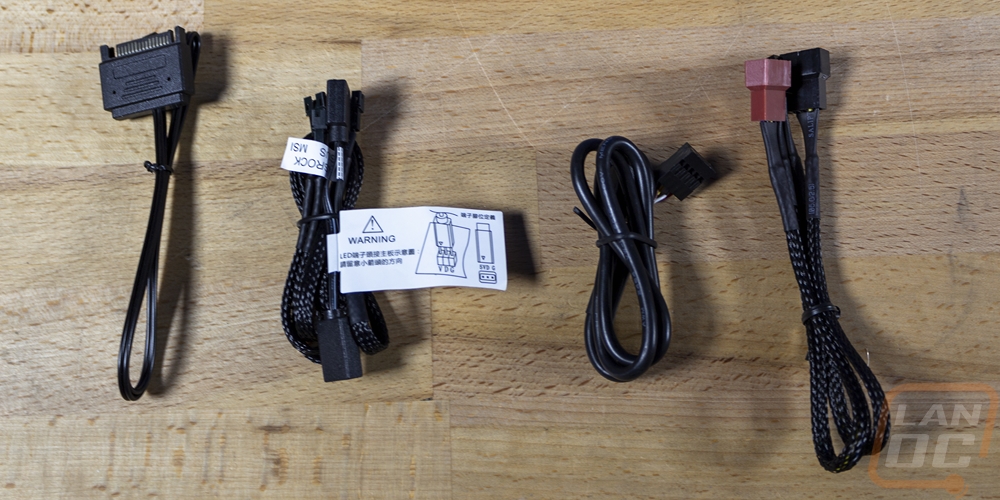 Installing the Masterliquid ML240 Illusion did require me to get up under the motherboard to install the included backplate. But beyond that most of the installation was easy to do outside of the case. I installed the fans to the radiator outside of the case and I was also able to mount the radiator to our top fan/radiator bracket outside of the case. I installed the Intel brackets to the pump ahead of time as well. From there I mounted the backplate and put in the standoffs that the cooler mounts too which you can see in the picture below and I put our thermal paste on the CPU. 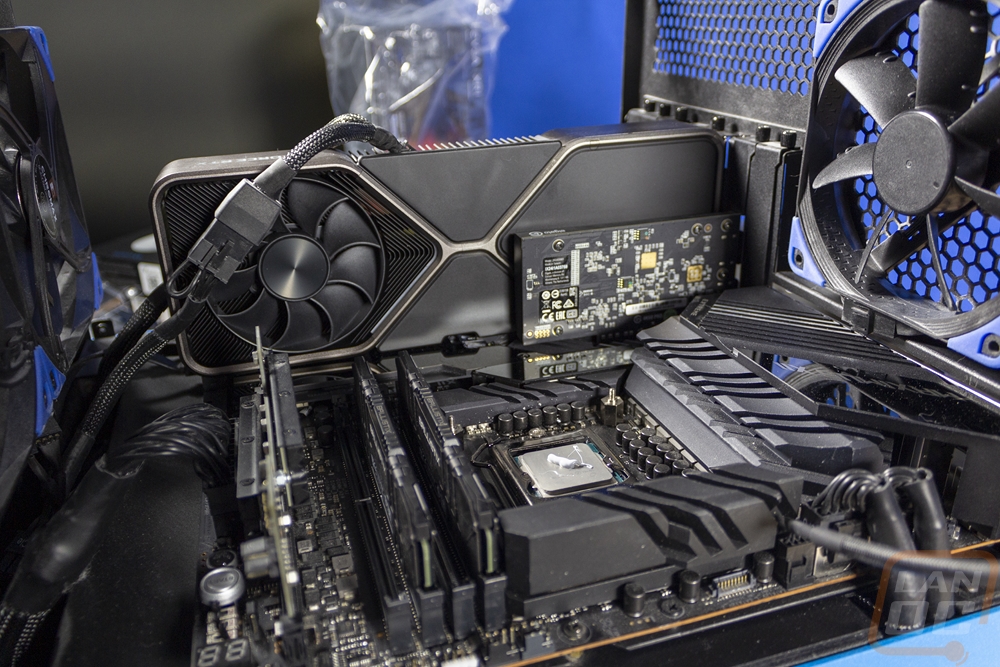 The pump then just installed with four thumbscrew nuts and I had to work the radiator and bracket in. Getting that slipped into the BH8 was the hardest part of the installation. But once it was in our AIO was installed. From there I just had to hook up the fans and wire all of the RGB up to the cable which then plugged into the motherboard. I do think that the fan wiring could still see improvements. A linking design like a few companies have done would be nice and clean up the wiring a lot or if nothing else run the RGB and fan cables down the same sleeving to keep things cleaner. 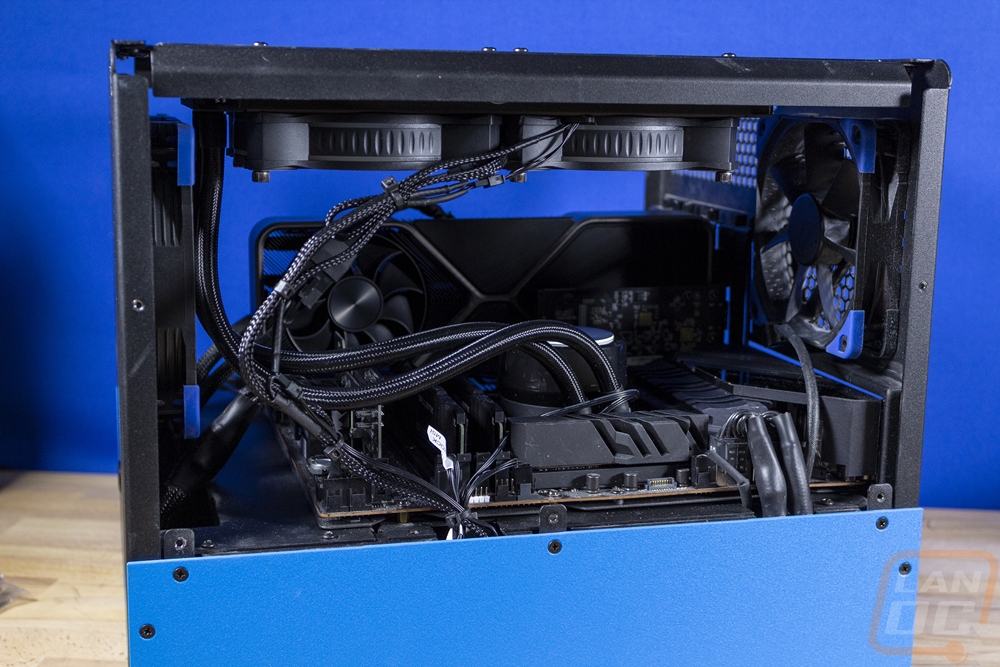 The Illusion lighting looks great on the Masterliquid pump though I did end up wishing I would have mounted the pump 180 out so we could see it better from the side window in the BH8. 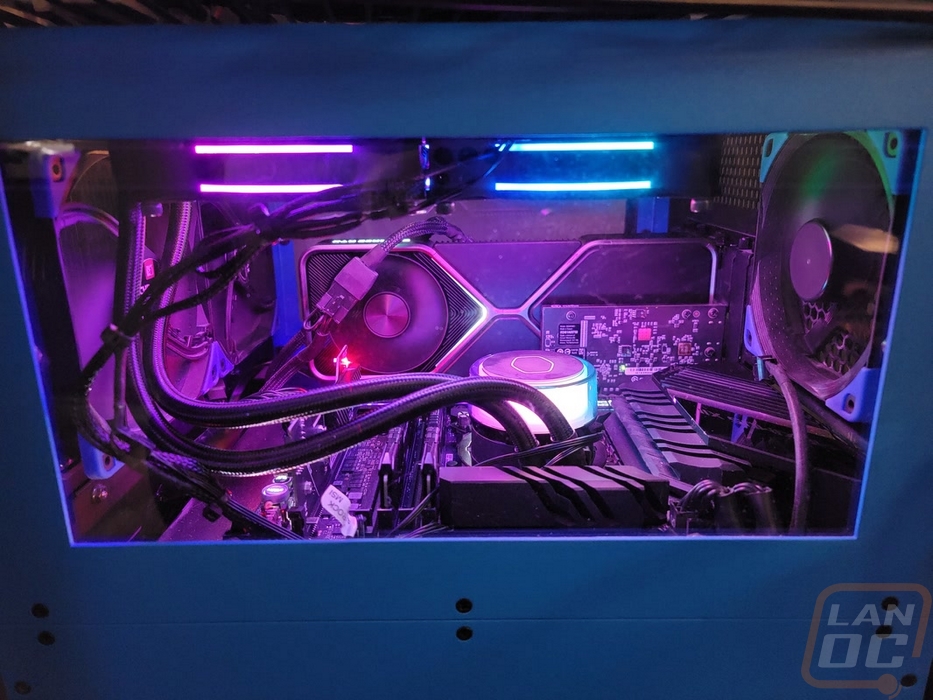 The MF120 Halo fans look great when lit up. The addressable LEDs light the fan blades up really well and the diffusers on the outer rings help blend between the different LEDs well. 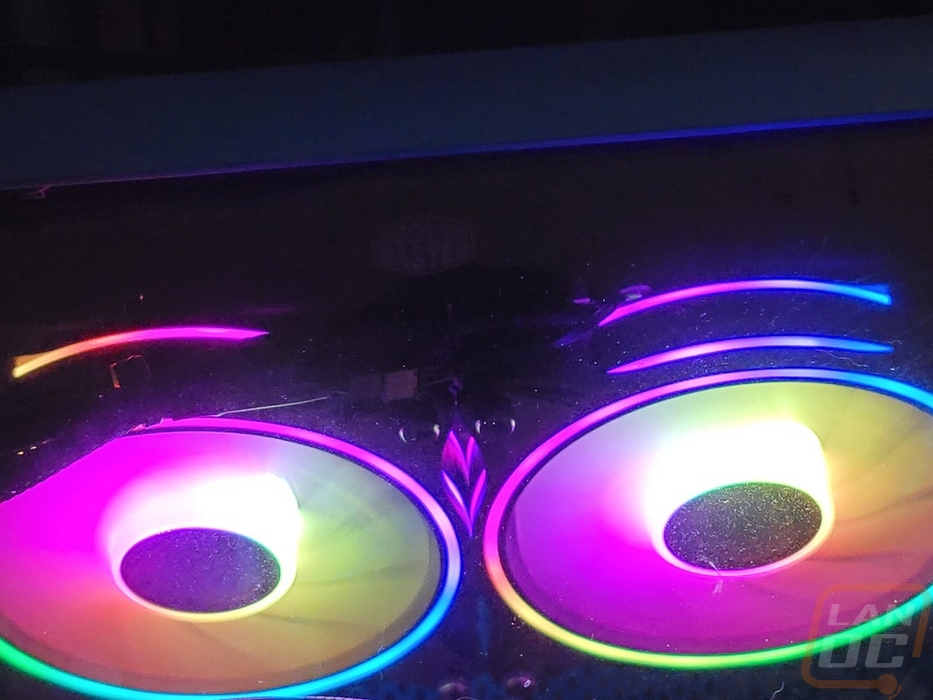 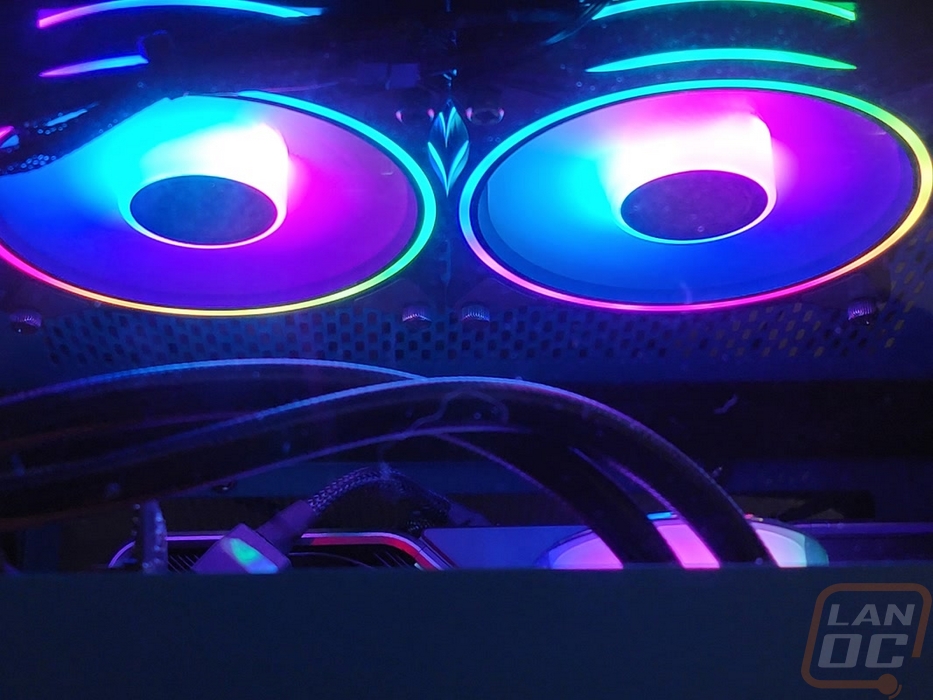 I’m not 100% sold on all of the lighting in the build that the Masteliquid AIO adds. But at least for now, I’m running with the lighting tied to the CPU temperatures which are green when things are cool, yellow in the mid-range, and red when things get hot. This will help me keep an eye out to make sure the i9-10900K isn’t getting too hot. In the future, though I may switch to white lighting or blue to better match the build. 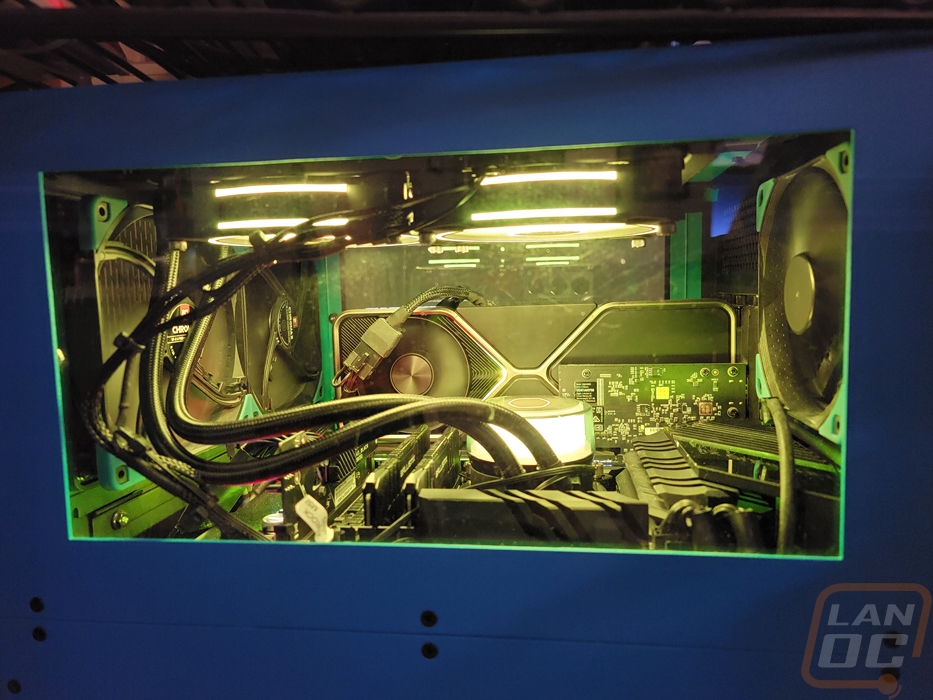 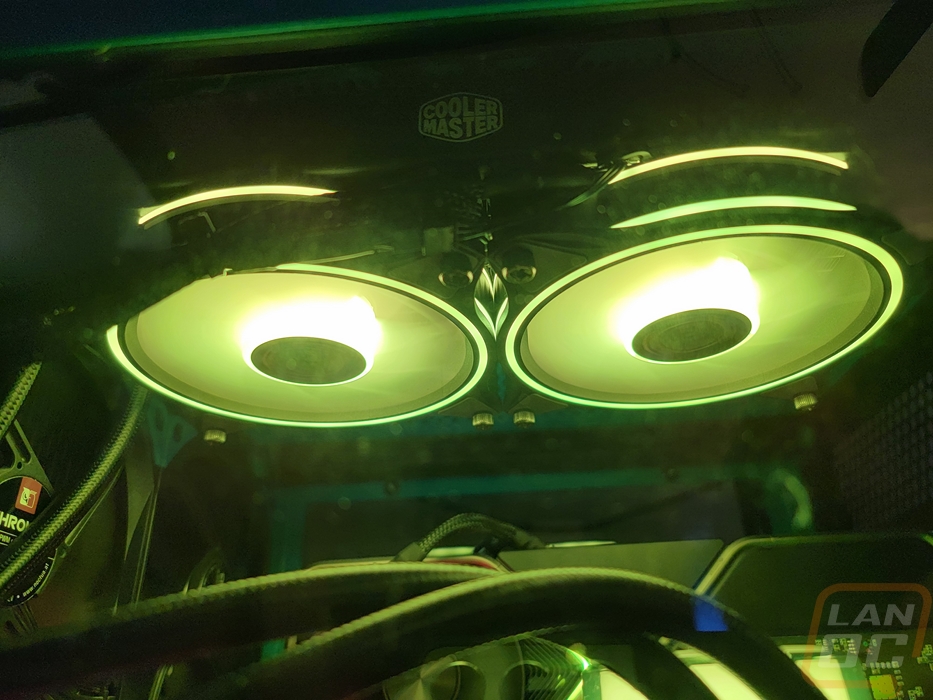 We have 1623 guests and one member online