Ever sense Sony introduced Betamax there has been some variation of a camcorder device on the market. Over the past 8 years most of those devices have started to move to recording to digital media hard drives, flash cards, and even saving digital files on small dvd's. With the popularity of YouTube and other video websites the demand for cheap, easy to use, and portable recording devices has grown. In 2007, Pure Digital Technologies Unveiled the Flip Video. Over the past two years they have released a few different versions, most recently their Flip Ultra HD. With the ability to record 120 minutes of high definition video the Ultra HD will be a great fit with YouTube's HD upgrade. I had the chance to take the Flip UltraHD with me to Million Man Lan in Louisville Ky this past weekend, this gave me a chance to experience the UltraHD's portability and performance. 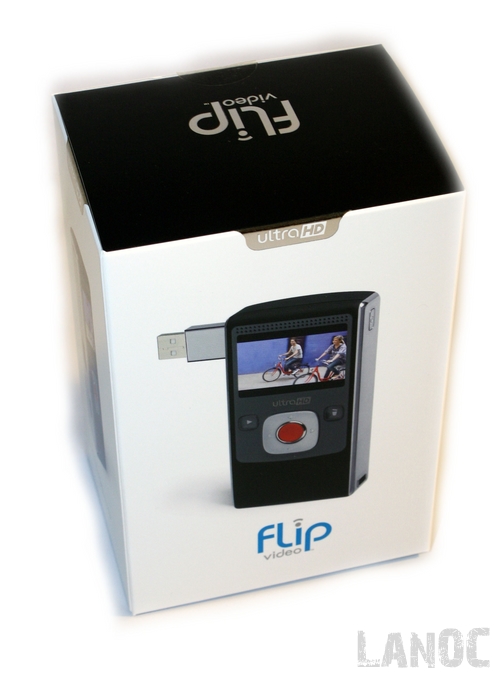 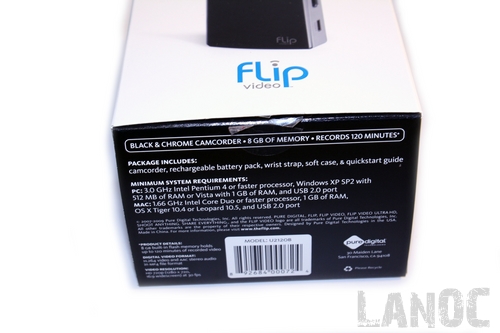 The Flip packaging is compact and stylish. The front has a picture of the camcorder on the front along with their flip logo. All of the need to know information is hidden but easy to find on the bottom of the box. Inside the box is another box designed to showcase the Flip. Other than the camcorder itself you will also find a felt pouch, the rechargeable battery, a wrist strap, and a quick start guide. 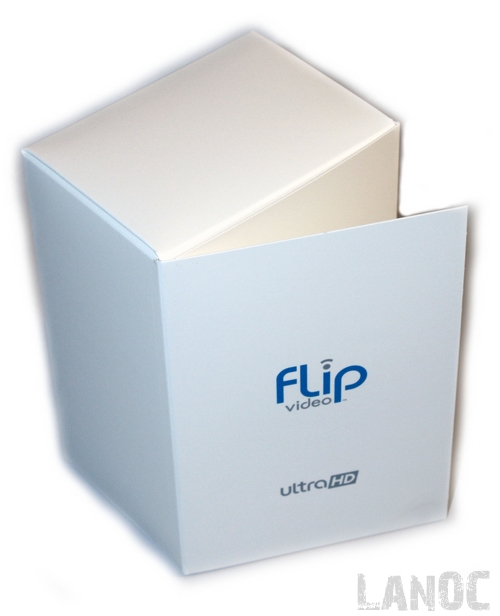 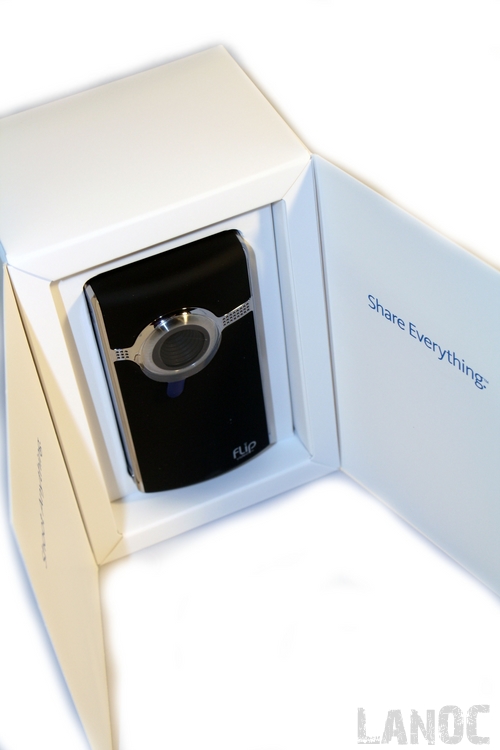 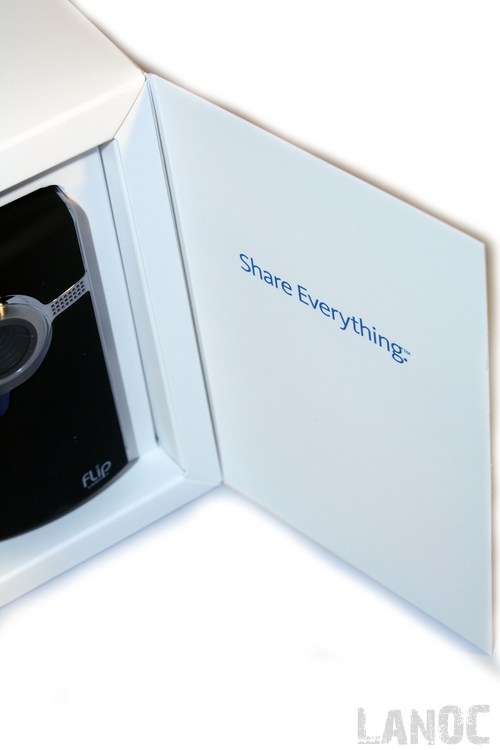 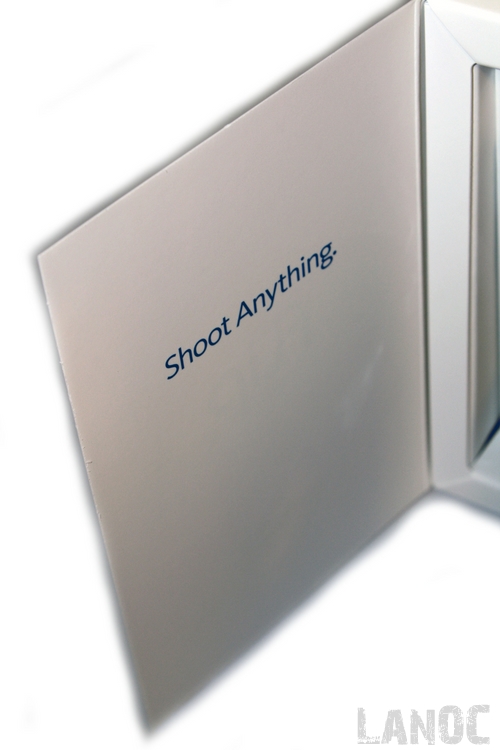 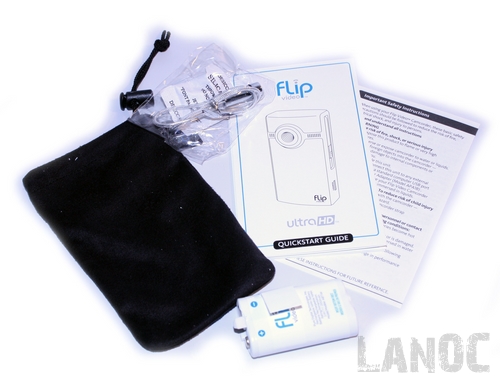 Getting the Flip UltraHD up and running was as simple as three steps. First install the rechargeable battery. Second remove the protective film on the lens. Third, turn the power on using the side button. After that the camcorder is ready to record. Once you have a few videos captured getting them onto your PC is the next step. On the side of the Flip UltraHD you will find a sliding tab that once pulled lets the usb port pop out. With the camcorder plugged in the software automatically prompts to install and run. 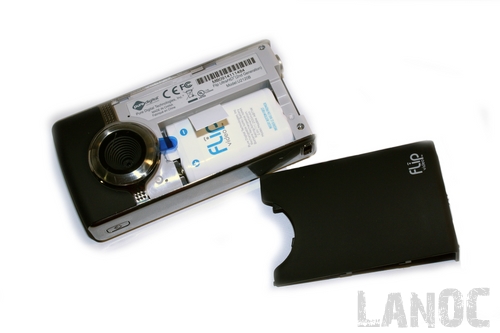 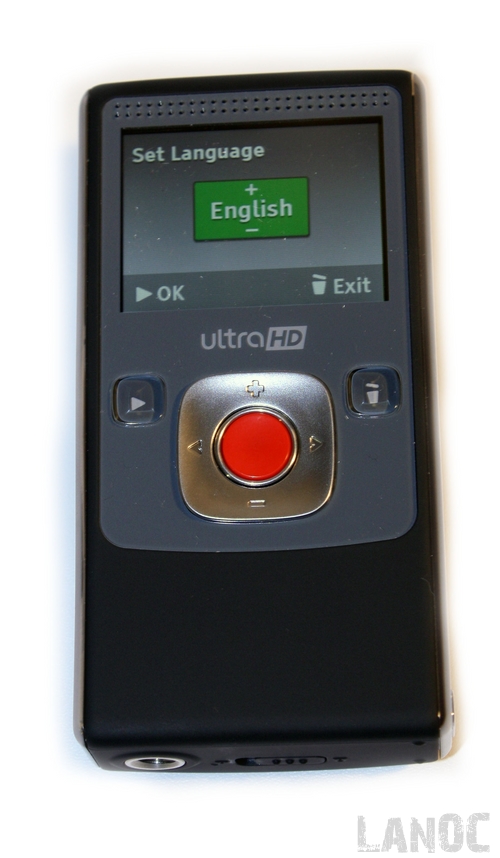 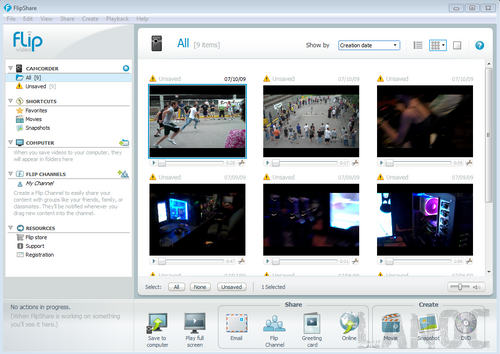 Heading off to MML I packed the Flip UltraHD in my camera bag and headed off. The various low and high light situations should be a good test for the camcorder. Here are a couple of the videos I put together.

The videos I took of the Crucial Dodgeball tournament had amazing color, well lit, and showed off the 720p resolution. Of course even though I was pumped up on energy drinks and running on a lack of sleep the camera exaggerated all of my movements. I would like to see the Ultra version of the flip to include some sort of image stabilization. Inside the HD Flip Ultra struggled in the low light. When exposed to anything with substantial light (i.e. monitors or the Ballistix Tracer Ram in my rig) it was nearly impossible to see, my ram lighting was blurry and hard to see . Of course this is a fairly difficult place to film with the extreme light and dark areas. When filming in areas of the LAN with less extremes the flip did a good job adjusting to the lighting. I did notice that anytime I filmed inside in lower light the resulting video was slightly grainy, considering the HD resolution of the camera it's disappointing to lose quality. Of course all of the issues I did experienced could be fixed, but I doubt they could do them all without compromising what makes the Flip's so popular, their portability. I was able to pack the Flip UltraHD into a pocket of my camera bag that is normally used to store my camera battery charger. The small size of the device makes it easy to store in your packet for filming at almost anytime. 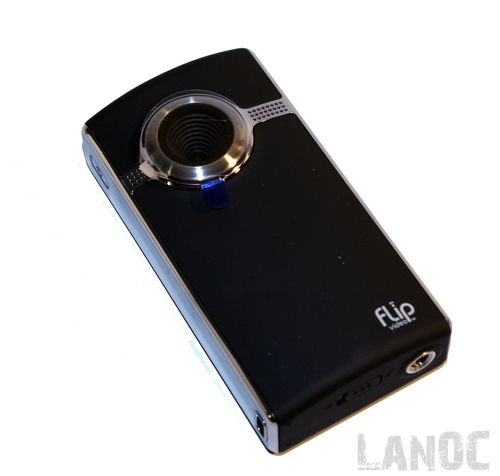 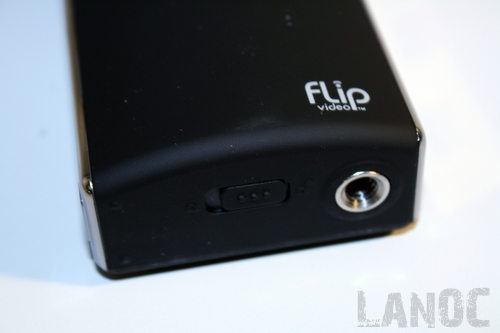 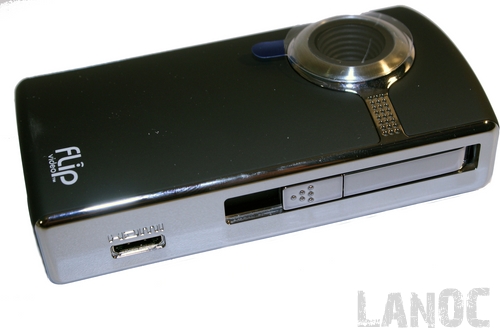 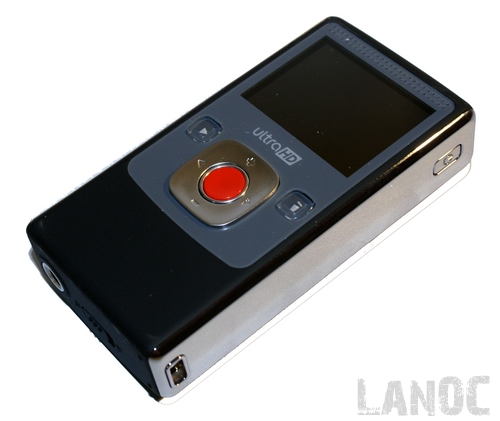 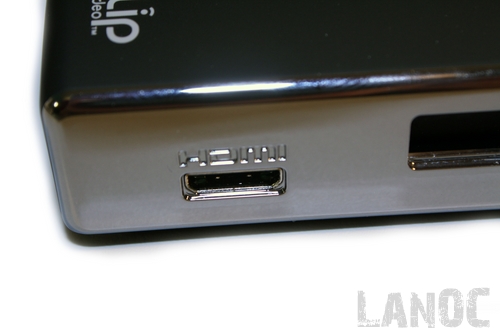 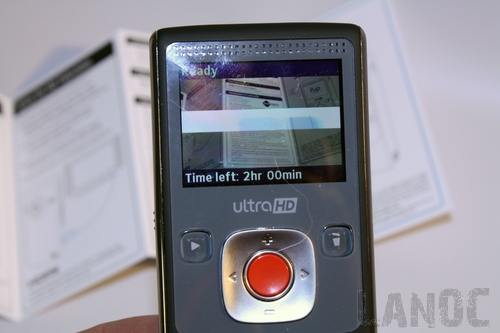 So along with getting my butt kicked by people who play video games a lot more than me at MML, I also had a chance to put the Flip UltraHD to the test. I was very impressed with the portability of the flip. Not to mention the fact that while being that portable it is able to record in HD. The two hour recording capacity is more than enough for almost any YouTube aspiring kids or parents who want to record their child's firsts. If you find that two hours isn't enough, downloading your videos is as simple as finding a USB port. The same goes for charging the camcorder. It is that kind of simplicity that makes it perfect for anyone to pick up and use right away. Of course because of some of those attributes the Flip UltraHD has a few faults. The camcorders quality in low light situations is bad at best. Due to its small size and lack of stability control some of my videos looked like I am suffering from Parkinson's disease. I hope that in the future on the Super Flip Mega UltraHD edition they may include something to fix that. I would also love to see a small optical zoom, the included digital zoom is worthless. That may sound like I am talking down on the Flip UltraHD, but I am not. Considering the price it is a great value, the portability and ease of use makes it perfect for just about any situation. It's a shame I don't get to keep this one, it would also be perfect to document all of the crazy things that happen at our LAN parties, or at least give me a chance to send my entry to American Idol. 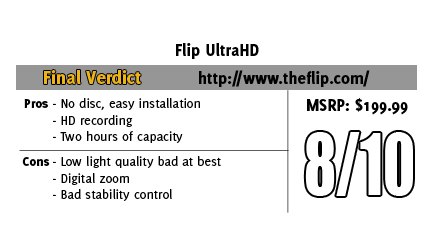 You might call him obsessed or just a hardcore geek. Wes's obsession with gaming hardware and gadgets isn't anything new, he could be found taking things apart even as a child. When not poking around in PC's he can be found playing League of Legends, Awesomenauts, or Civilization 5 or watching a wide variety of TV shows and Movies. A car guy at heart, the same things that draw him into tweaking cars apply when building good looking fast computers. If you are interested in writing for Wes here at LanOC you can reach out to him directly using our contact form.
Discuss this article
Log in to comment
Posts in discussion: Flip UltraHD

We have 1537 guests and one member online