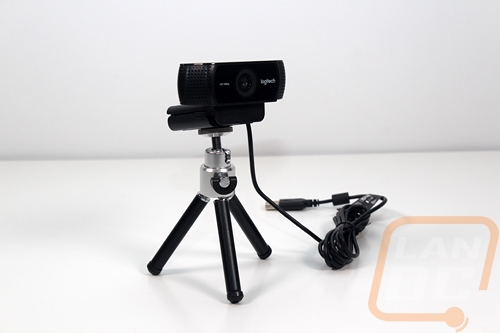 The box for the C922 Pro Stream Webcam has the same Logitech styling that recent Logitech product have like the flat black background and the greenish blue for the branding. But when compared to the C920 the box is very different. For starters, the C920 had a large window up top where you could see the whole camera but the C922 doesn’t have that. The box is also bigger this time around due to the included tripod. That said the front of the box does still have a photo of the camera on it. The front also has the 1080p at 30fps and 720p at 60fps information in the form of a logo. The second logo represents the background replacement functionality that is exclusive to the C922, but the icon isn’t really easy to understand. 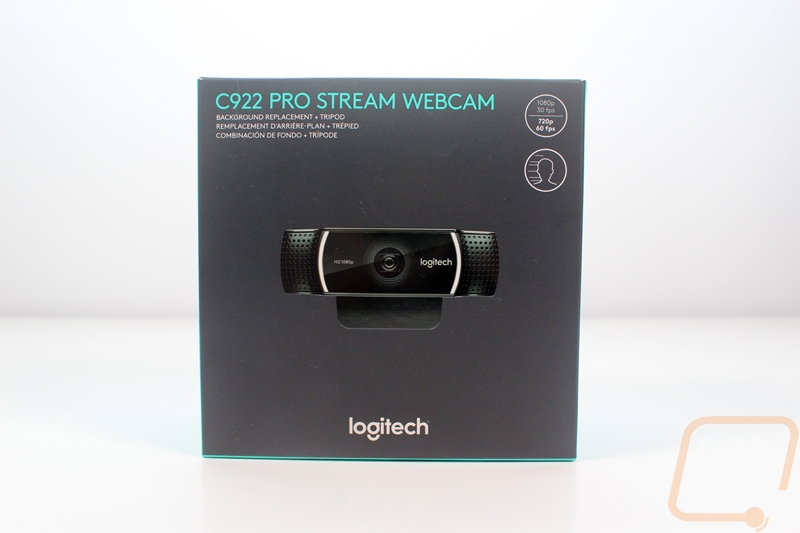 The back of the box, however, takes care of that. They have information on the resolution and fps performance like the front. Then the background replacement logo actually has a short explanation under it making it a lot clearer what the image means. The last logo is the automatic low light correction logo. Beyond that down at the bottom, Logitech understands that people are going to wonder what the difference is between the C920 and the C922 so they have a breakdown of features. They also included the C270 as well. 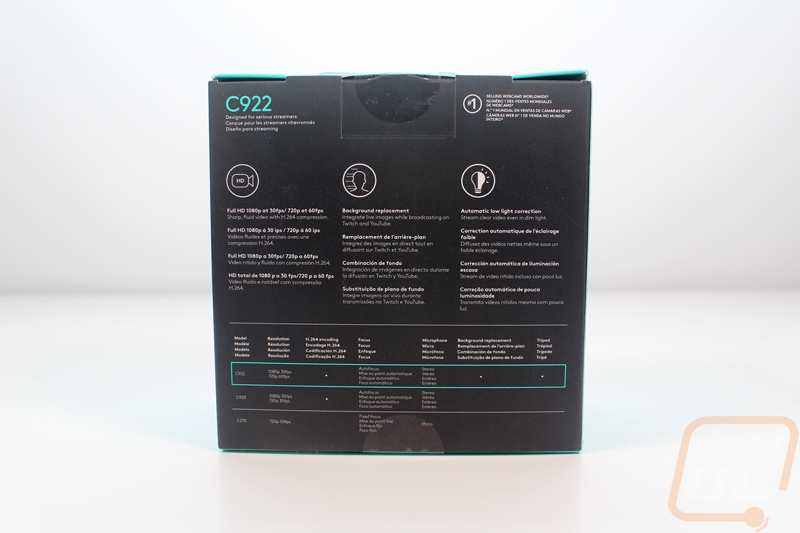 Inside when you first open the box up you will find the camera all the way on the top. Up under it is the small desktop tripod, taking up most of the box. Then for documentation they include a setup guide and a single piece of paper with a 3 month X-Split premium license code. 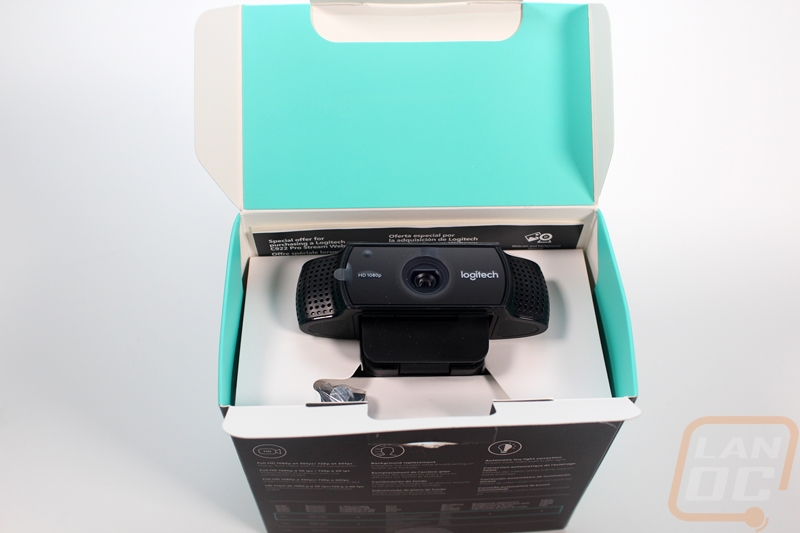 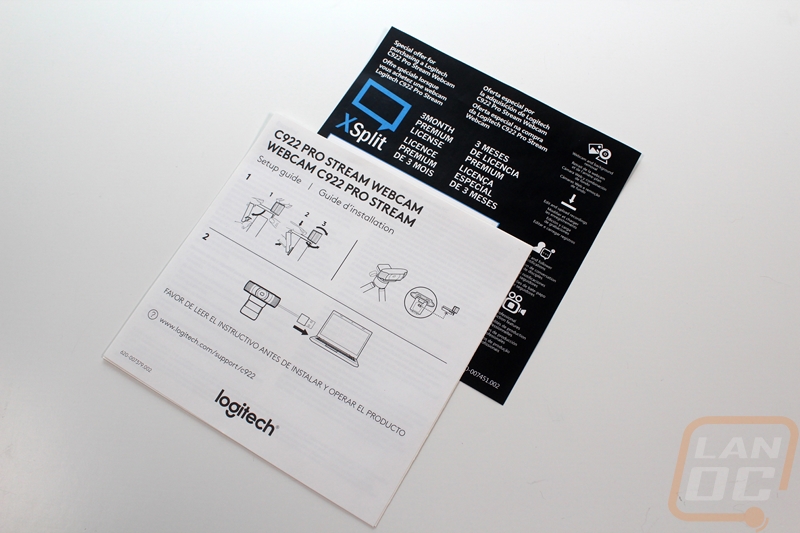 We have 1244 guests and one member online