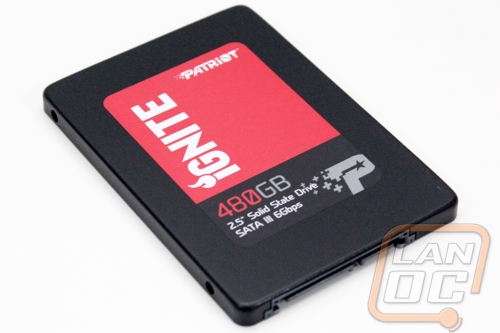 So with the Ignite being extremely similar in design to the Striker we have an idea of what to expect for performance. That said numbers do the talking and to do that I had to run the Ignite through our standard benchmark suite. To start things off I run through CrystalDiscMark both on read and write speeds. No surprises here, the Ignite came in almost spot on with Striker. This means we saw top of the chart performance on the sequential reads, at 512k the Chronos pulled ahead slightly. At 4K QD32 it also matched the Striker and like the Striker is slightly lower than the OCZ drives. For write speed sequential and 512k speeds are at the top of the charts as well, exactly like the Striker. 4K QD32 results are well below what I saw from the high end OCZ drives like the Vertex 450 but are still very respectable. 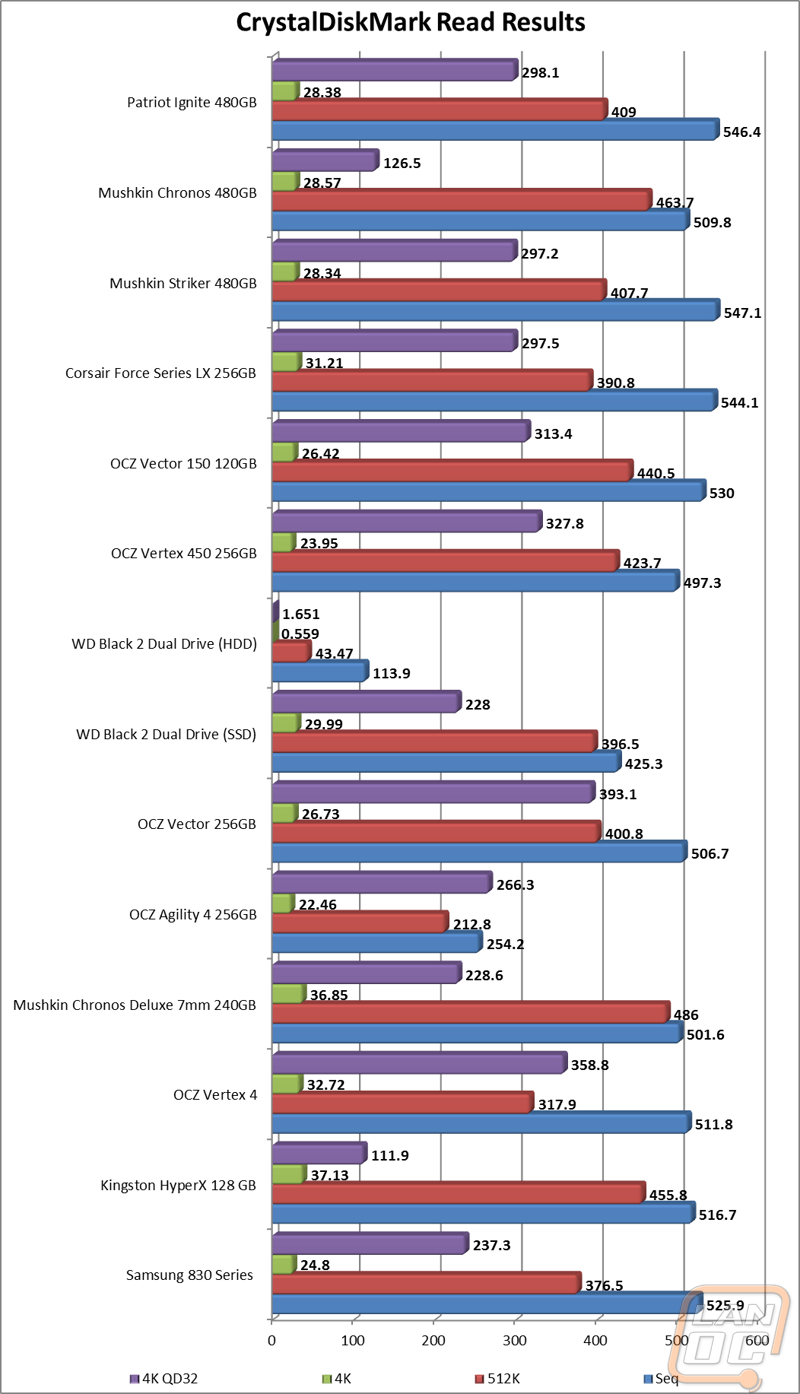 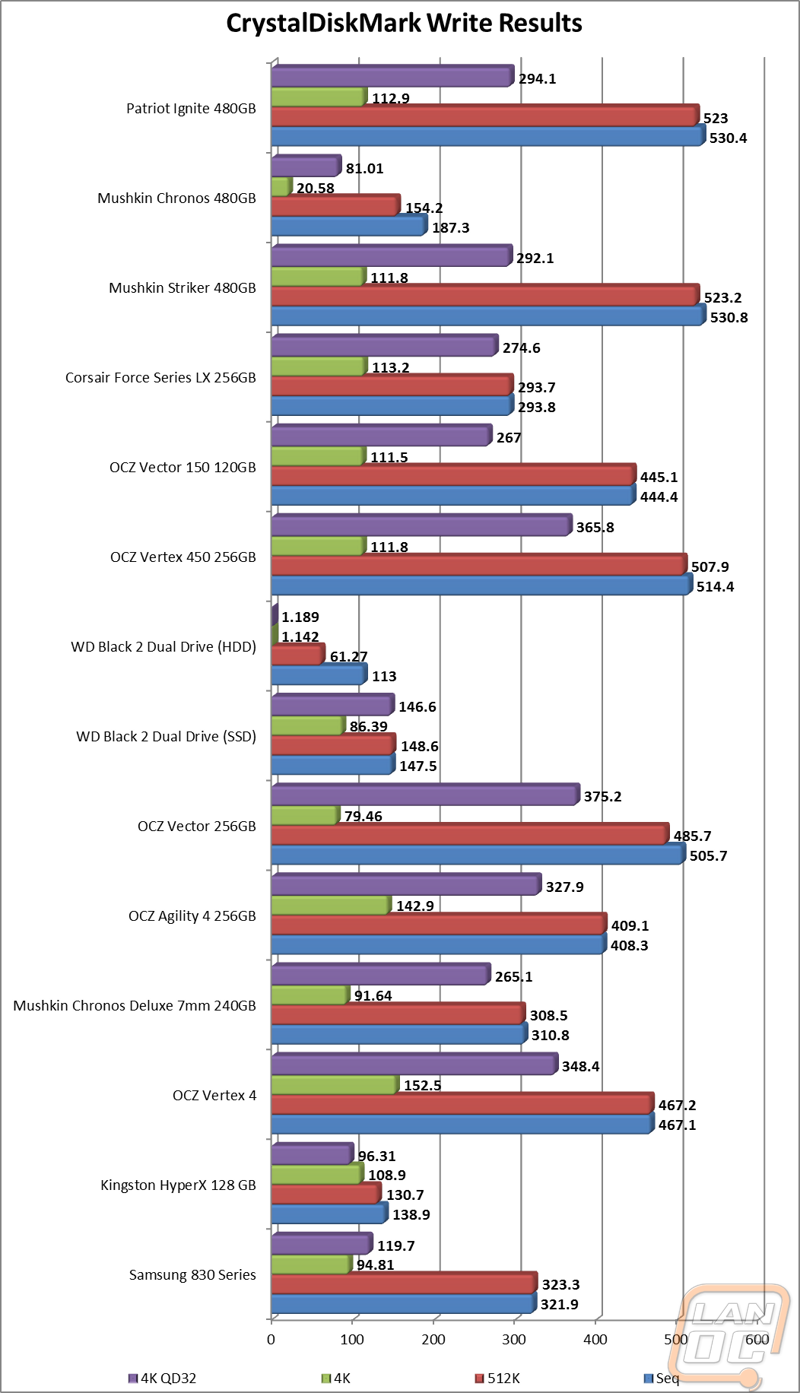 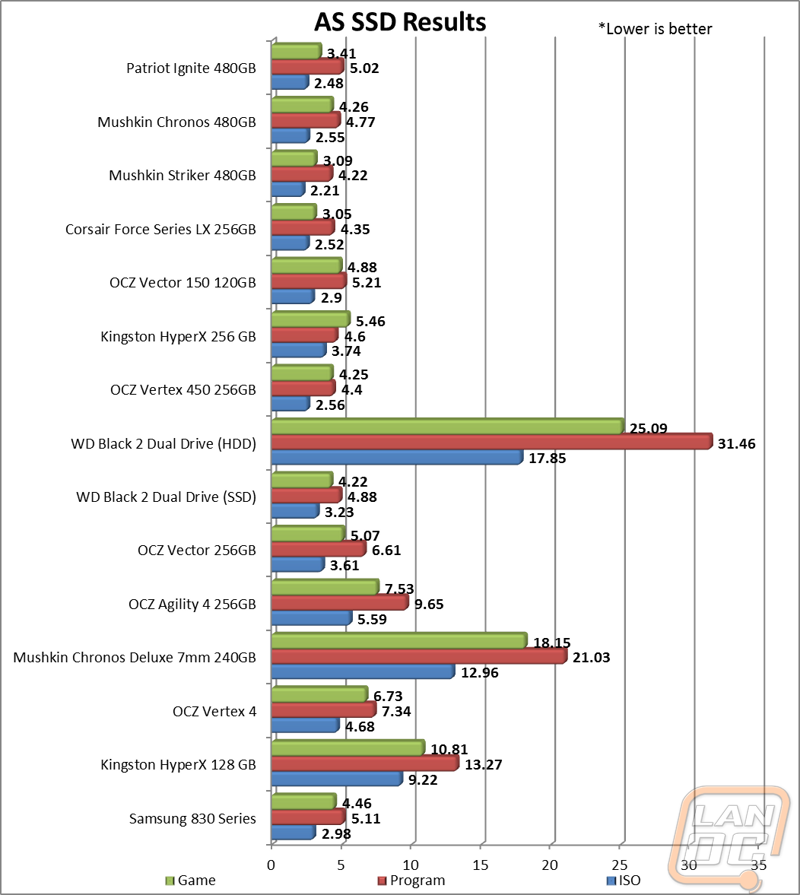 Running through the application simulations in Passmark’s advanced disk benchmark I saw great performance in the web server application but serious slowdowns in the file server benchmarks. The Striker and Chronos performed similarly but the OCZ and Corsair drives put up numbers two and three times faster. 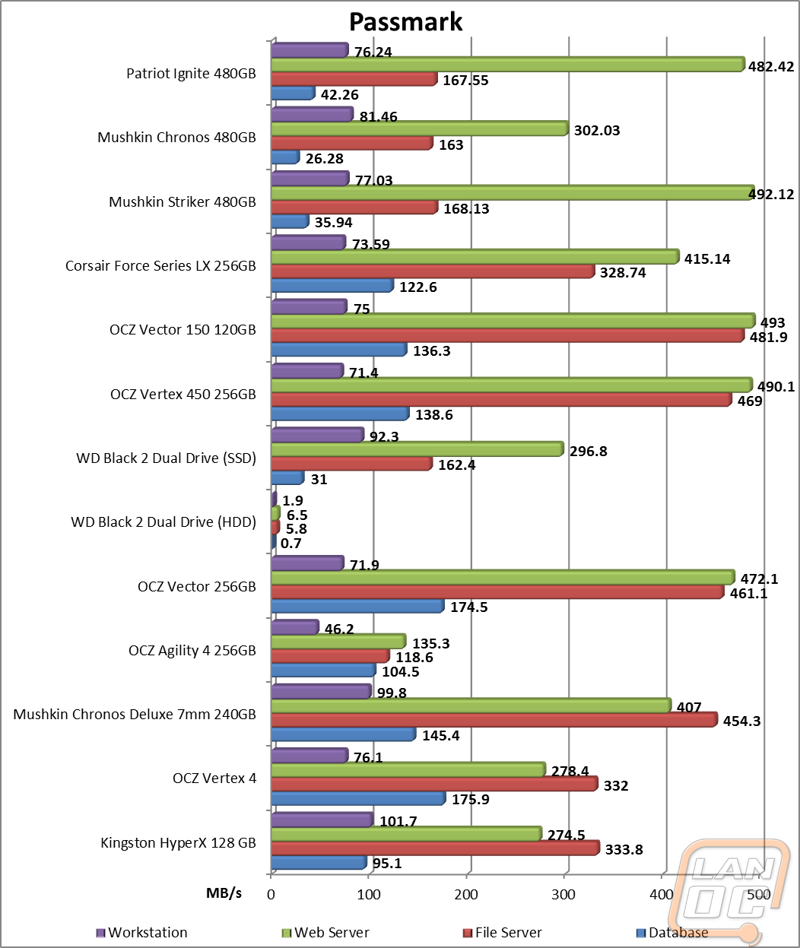 In PCMark 8 our numbers put the Ignite in just below the Striker and well above the Chronos, this is similar to what I saw in most of the other benchmarks so no surprises here.

In our latest benchmark Anvil’s Storage Utilities I ran through and tested 4K QD16 IOPS on both the read and writes. The Ignite pulled well ahead here, even well ahead of the Striker. Here we can really see the performance difference between getting a high end drive like the Ignite over a budget drive like the Chronos.

We have 1155 guests and one member online