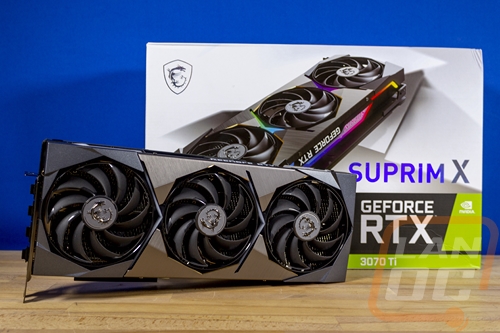 Being an RTX card I also like checking out the performance of some of Nvidia’s features. Namely the ray tracing performance and the performance improvements you can see by using DLSS combined with the tensor cores. In most of the tests, I’m only comparing a few of the RTX cards as well as a GTX 1080 Ti for comparison. But in the 3DMark Port Royal test, I have been tracking ray tracing performance in all of the RTX cards as well as a few of the GTX cards introduced into the mix as well. The RTX 3070 Ti SUPRIM X gained 249 points or 2.8% over the Founders Edition with its overclock, edging closer to the 6800 XT. 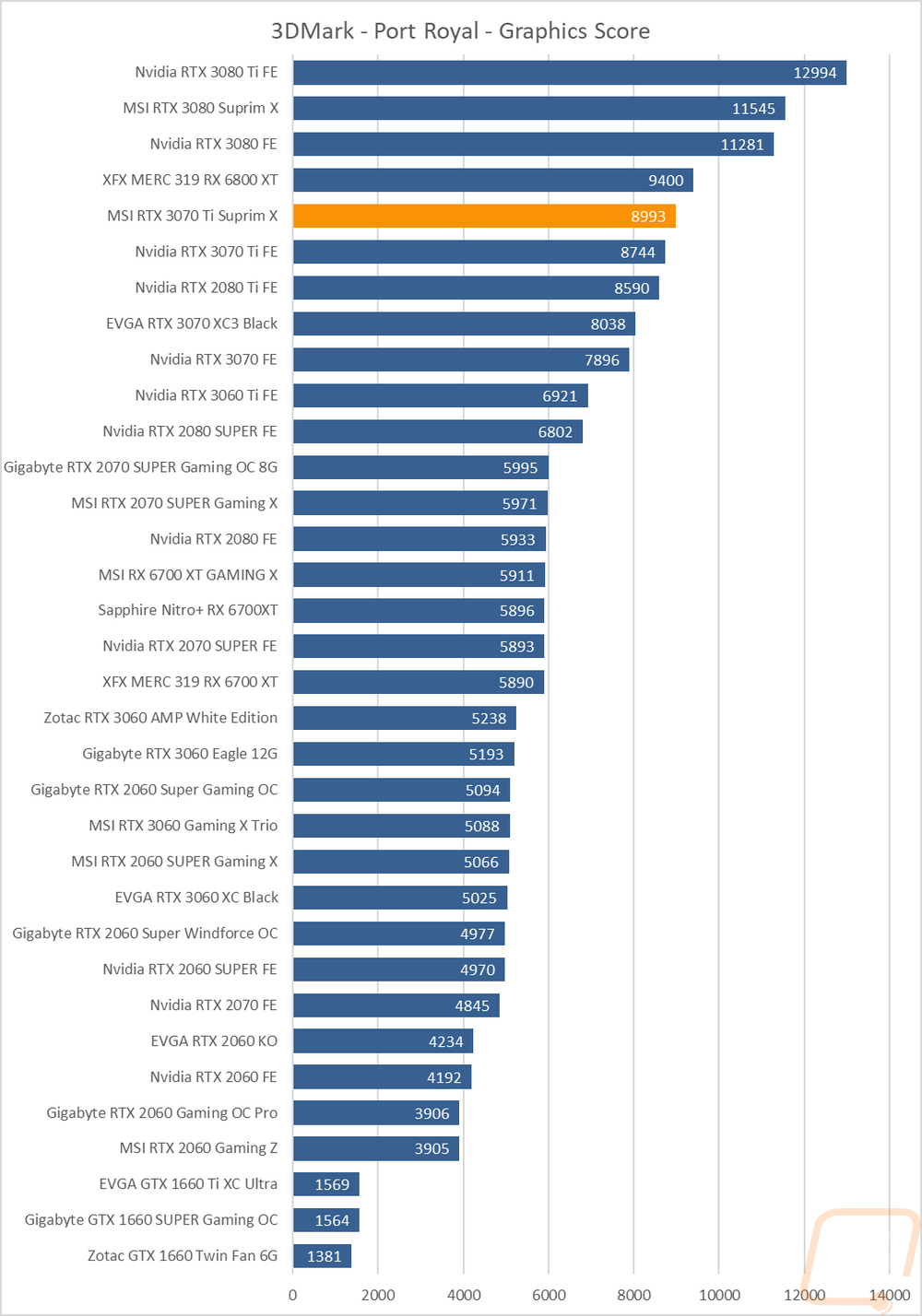 Next, I wanted to check out the performance in Metro Exodus which I do our normal testing in as well. The overclocking of the SUPRIM X does give a slightly higher frame rate across all of these tests. It still shows that running just RTX is going to be hard but turning DLSS on along with it jumped the frame rate up from 33 to 50 FPS which is nearly the same as not running either. Turning DLSS does help even without RTX, but the improvement is a lot smaller. 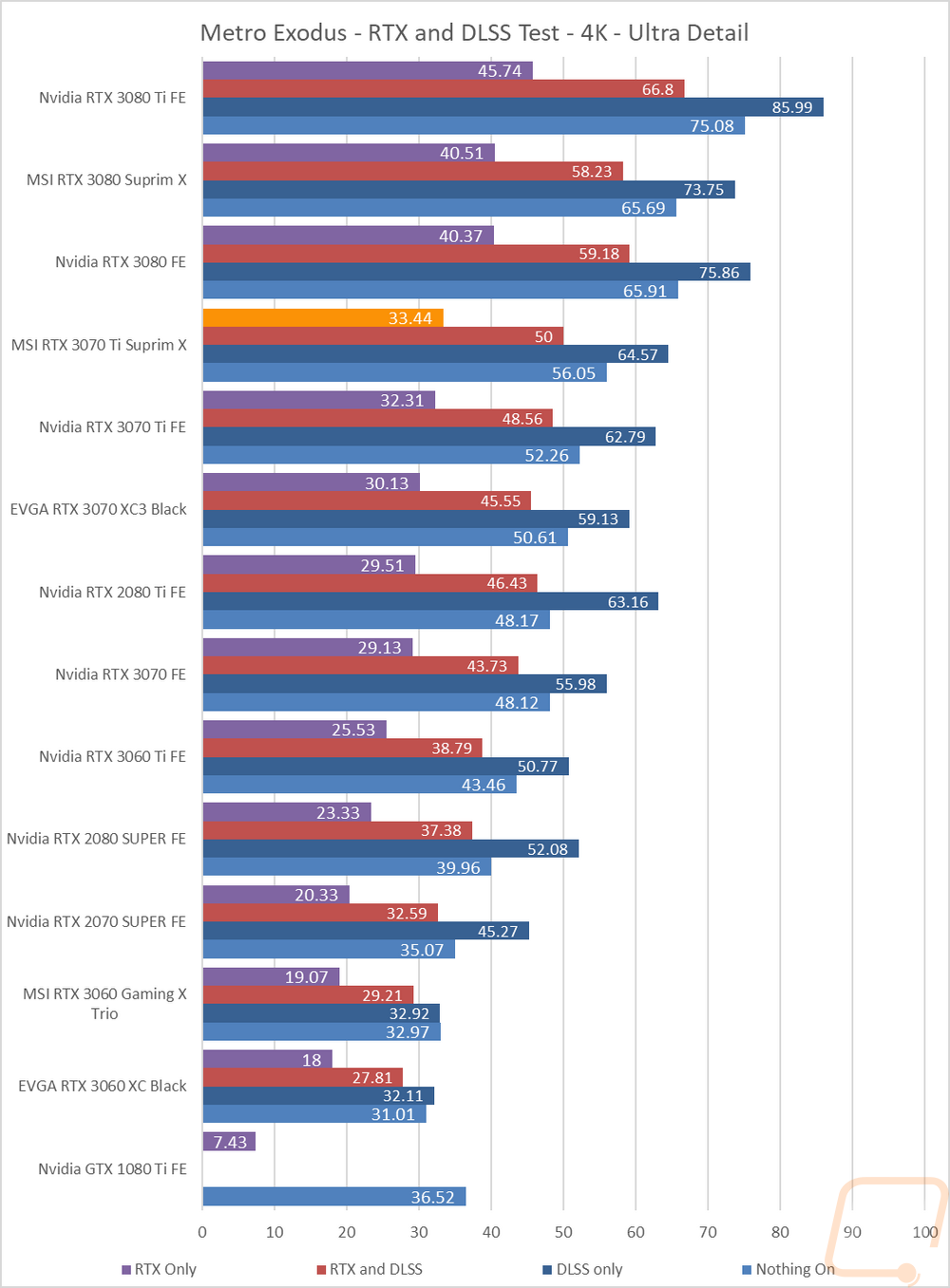 With Wolfenstein: Youngblood I tested at 4K using their Mein Lenen! Detail setting which is the highest detail. I tested with RTX on and just compared running with DLSS on the balanced setting and with it off entirely. Overall this test shows how much of an improvement DLSS can get you in Wolfenstein: Youngblood especially when adding RTX into the mix. The RTX 3070 Ti SUPRIM X sees 2 FPS over the Founders Edition with no DLSS and 1 FPS with it turned on. Turning DLSS on was also enough to push the RTX 3070 Ti SUPRIM X performance up into the 120 FPS high refresh rate range. 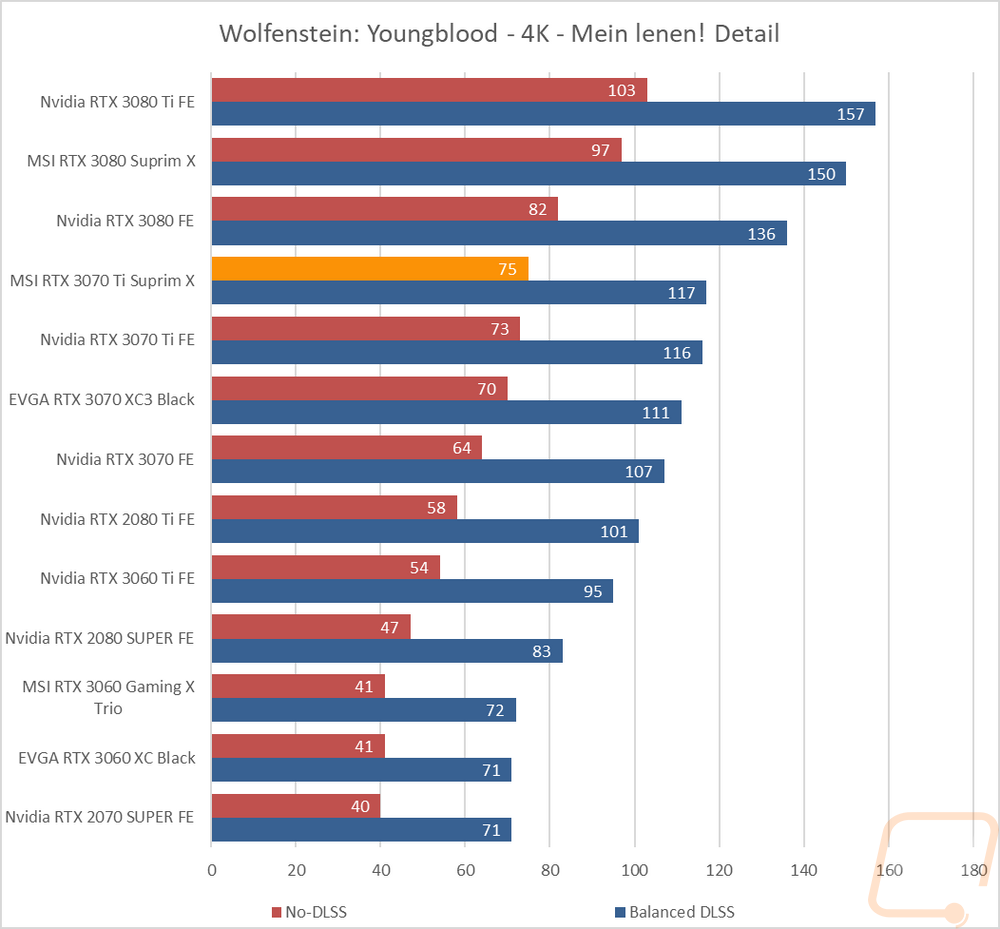 Next, I tested using a benchmark based on the game Boundary. For this one, I wanted to see how all of the different DLSS settings would perform, including turning it off completely. Here with DLSS off the RTX 3070 Ti SUPRIM X comes in at just 16.1 FPS which is unplayable. Turning DLSS on even with the highest quality nearly doubles that at 29.7 FPS and the balanced setting is 35.5 and 42.6 FPS on the performance setting. That is nearly 3 times the performance.

The last tests were done in a benchmark based on the game Bright Memory. Here I wanted to check out the performance difference between different RTX settings. The RTX 3070 Ti SUPRIM X does see a few FPS improvement over the Founders Edition here. Beyond that, this shows that depending on the RTX settings there is a wide range of performance hit that RTX can give you, in this came from 34 FPS up to 56 FPS while still having RTX on. 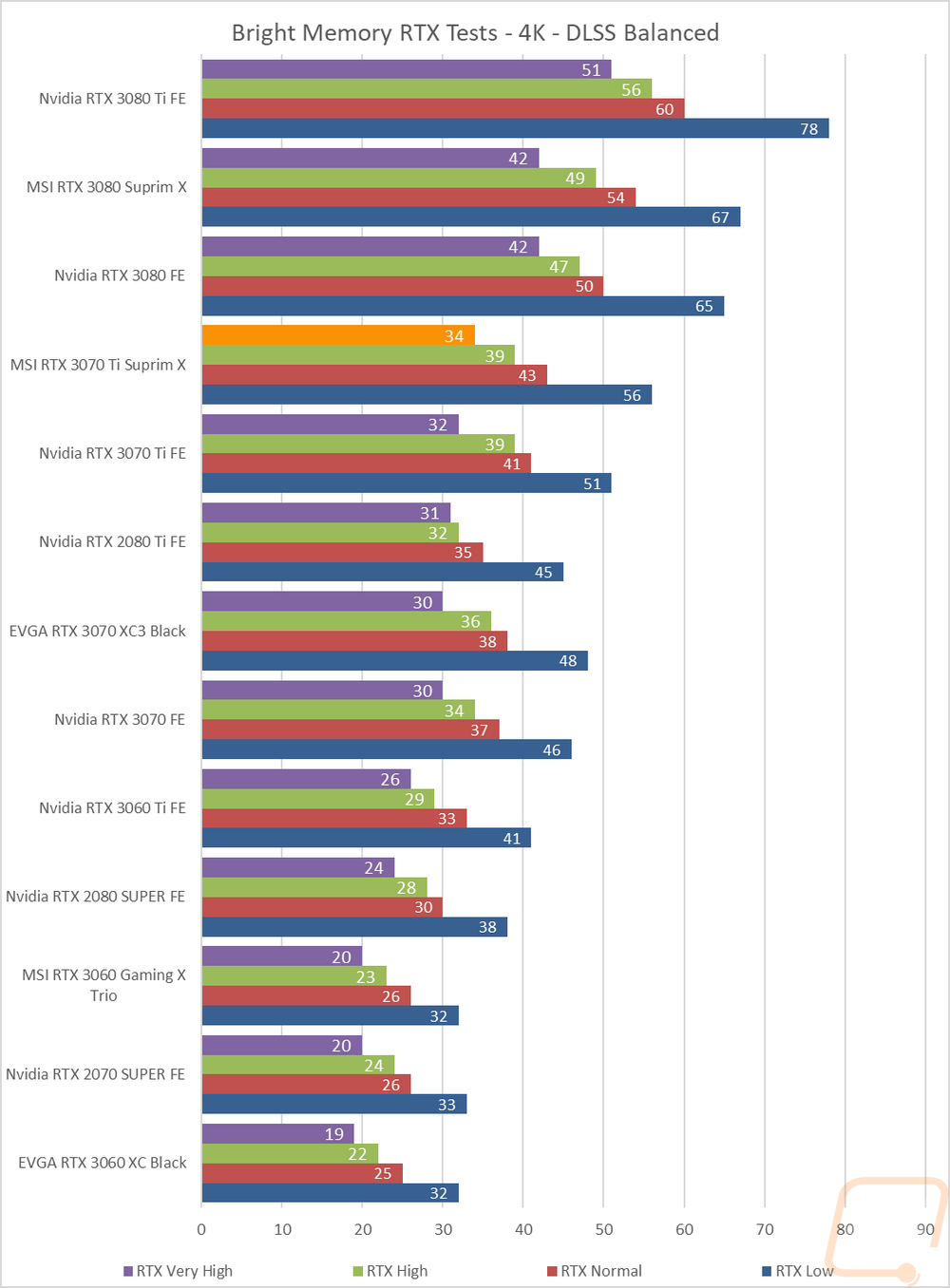 We have 1979 guests and one member online