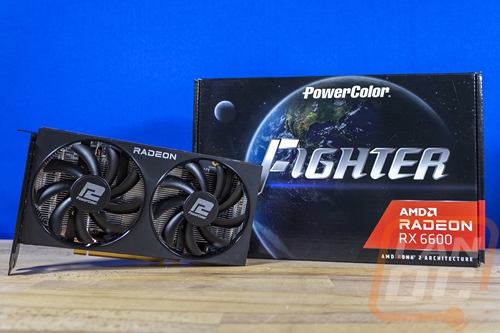 The box for the 6600 Fighter is surprisingly small, I’ve gotten a little too used to the giant cards we have been seeing and this is the box for a normal mid-sized card. On the front, they have the PowerColor branding up top with the Fighter branding in the middle as the biggest font. Then in the background, you have a black background with a drawing of each from space taking up most of the front of the box. The background doesn’t fit the Fighter theme, but it does look good. Down on the bottom edge, you have the red wrap-around with the AMD Radeon branding and the actual model number. Then on the left, they have small icons, one shows that this is a 1080p focused card, one has the 8GB memory, and the last shows the PCIe 4.0 support. 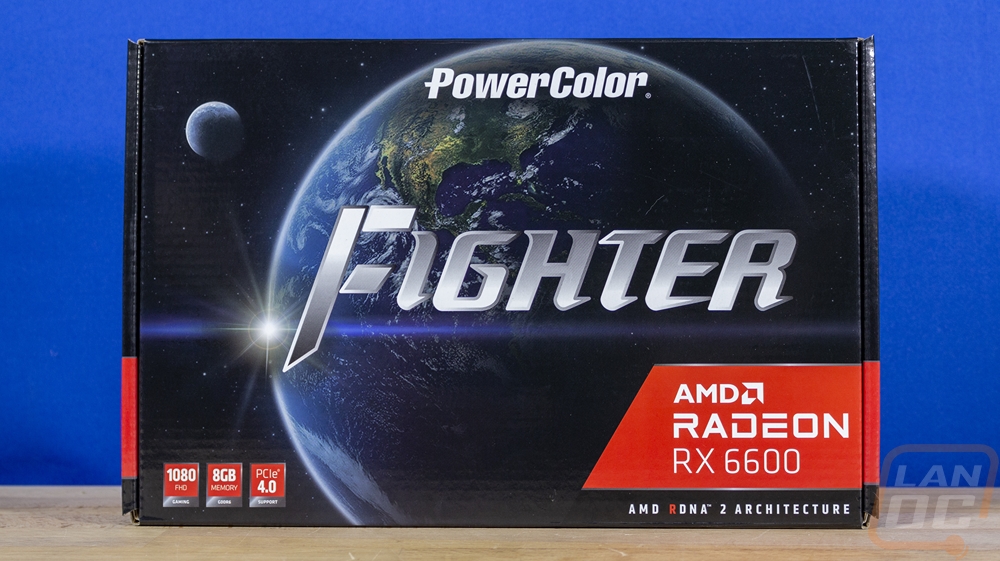 Around on the back of the box, the wrap-around has the basic system requirements and above that, they have a feature list of the AMD features the card supports. There isn’t a picture of the card which is a bummer for anyone shopping in retail. The back does have three pictures of the cooling broken down to show off the heatsink, the two ball-bearing fan design, and that the fans turn off anytime the card is below 60c. Along with not having a picture, there also aren’t any key specifications like the card dimensions, the display connections, and the clock speed which are all important when shopping. 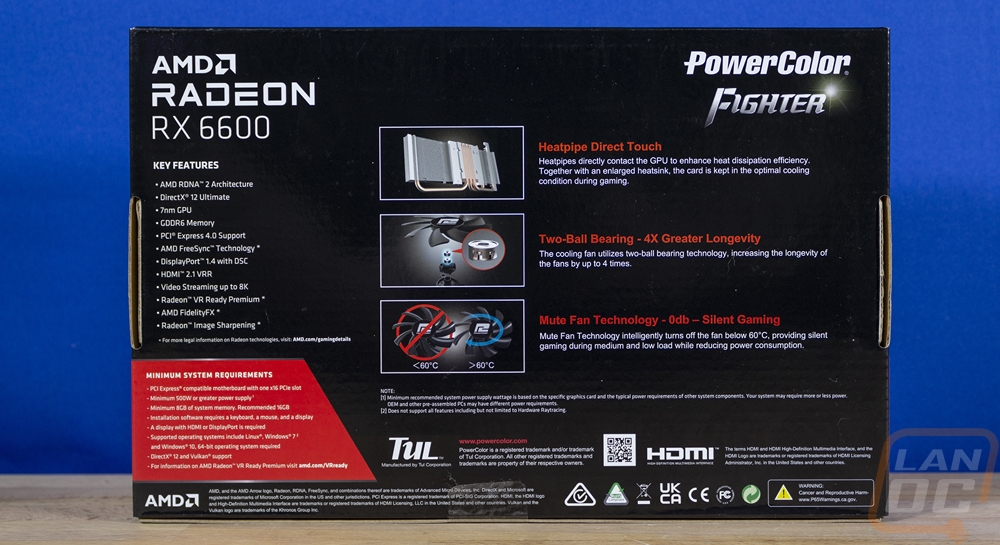 When you open things up they have used cardboard to fill in the space around the card and for protection and the 6600 Fighter then sits in the middle wrapped in its static protective bag. They have a card with a QR code for the installation guide. 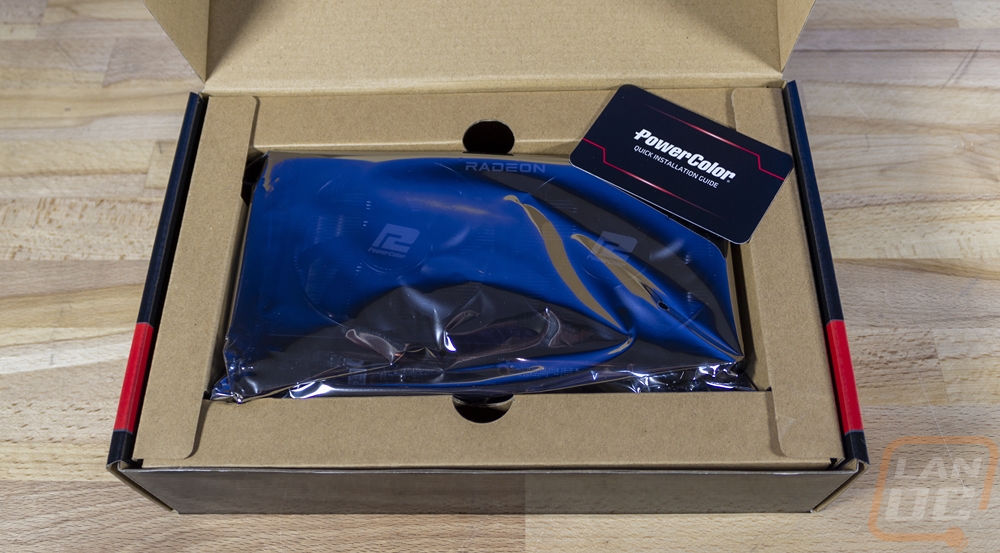 We have 1220 guests and one member online