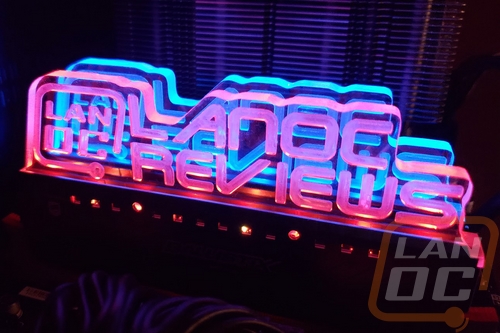 Just about every company now has memory with RGB lighting but Crucial with their Ballistix lineup was a little late to the party. I had been keeping an eye on them because the Ballistix brand made its name years ago by having their Tactical Tracer memory with LEDs built into them that would seek depending on how fast the memory was being used. This was long before RGB so I was curious what they would do to stand out in the already crowded RGB memory market. Well, they came out with a design that allows you to take the light bar off the top and customize it. Thermaltake and Asus have also jumped into this type of customization with 3D printing. Well, this was up my alley specifically because I love customizing my builds and I have a room full of 3D printers as well as a Carvey CNC. So rather than a normal ram review, today I’m going to check out the new Ballistix Tactical Tracer RGB memory and then play around with the customization.

This isn’t a performance review, I’m checking out the Tracer RGB memory and taking a look at the potential customization. That said I did run into an issue in my testing of the lighting that should be noted. The memory worked great in our Z390 system. I did have issues with getting the software to work with our X99 system but the issue I had was a weird coil whine. This only happened when I had lighting effects running, solid lights was fine and it was more pronounced with green than the other colors. I spoke to Crucial about the issue and they did let me know that early samples had the issue but they have updated the LED circuitry as well as changed to an improved filter inductor. Here was their statement.

“We discovered that early Ballistix Tactical Tracer RGB modules did produce a high-pitched noise from the inductors used in driving the LEDs, we’ve since taken steps to remove these modules from inventory and replaced them with an improved filtered inductor, along with a change on the LED circuit to significantly reduce the noise. Please be assured that the noise doesn’t hinder performance in any way, and we’d be happy to swap out those modules for an updated kit if you’d prefer. Especially if you’re shooting video, where the noise might be a distraction.”

While it looks like they have it all handled, on the off chance that any are still in the wild I wanted to make sure to post this so people know to reach out to Crucial. Plus even though this wasn’t a performance review I couldn’t ignore the issue.

Discuss this article
Log in to comment
Posts in discussion: Customizing Ballistix memory with 3D printing or CNC

We have 659 guests and no members online