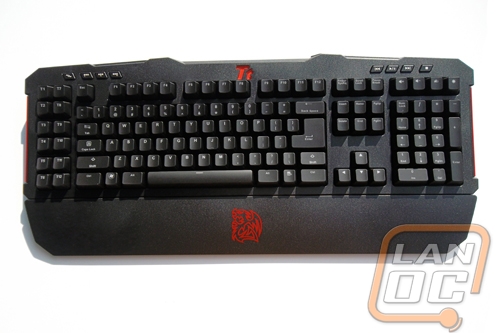 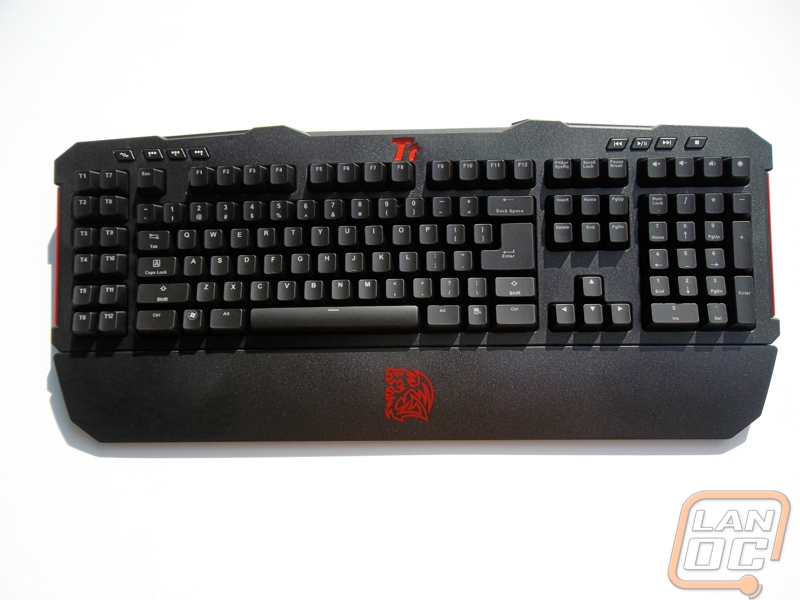 As we take a look at the Meka G-Unit on the whole there are a few things that stand out right off the bat on the left side of the board, the first being the 12 labeled macro keys. These keys are all completely programmable with the included software and all the switches are fully mechanical and controlled by the second edition that sits just above the function keys. The first button controls the keyboard’s mode setting between “Normal” and “Game”. While in “Game” mode the Windows keys will be disabled. The other three keys determine your active macro profile of which the board will store three of at any given point for a total of 36 readily accessible macros for anything and everything you may need. 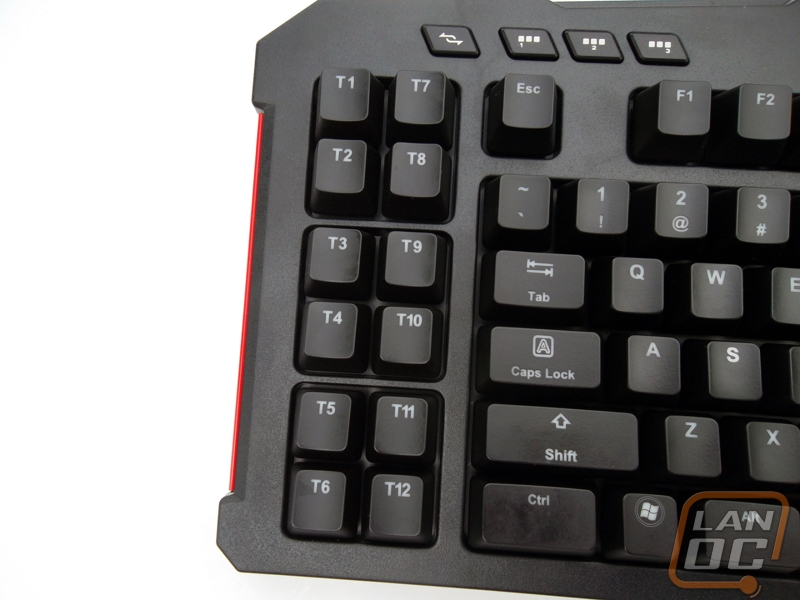 The additions on the board above the number pad are also handy. Included here are the basic media keys along with individual volume increase and decrease buttons and a mute key. The final key allows you to change between lighting profiles on the board if you want to be fancier. 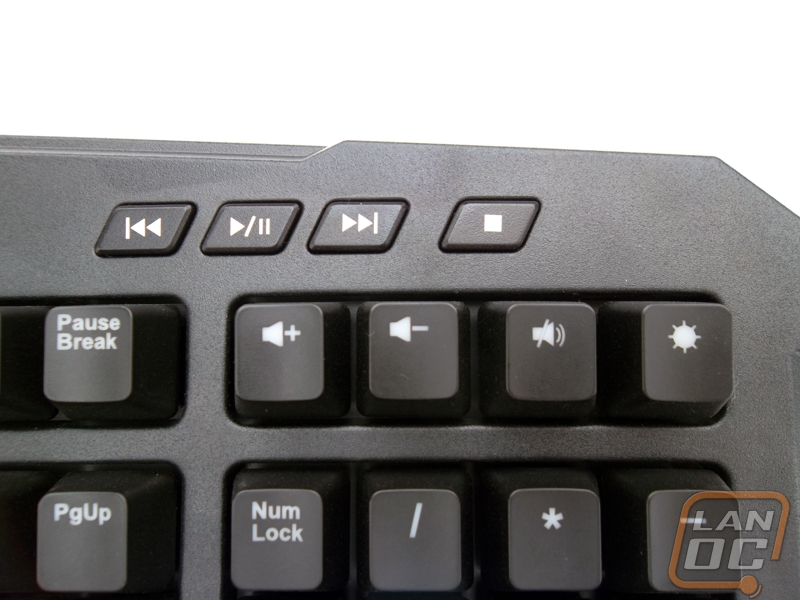 The only change I have to shake my head at is the location of the pipe (\|) key. On the Meka G-Unit it sits below the enter key between the Shift and backslash keys. This seems like an od change as while it does sever to make the Enter much larger the right-hand Shift is shrunk to the same size as the control key. 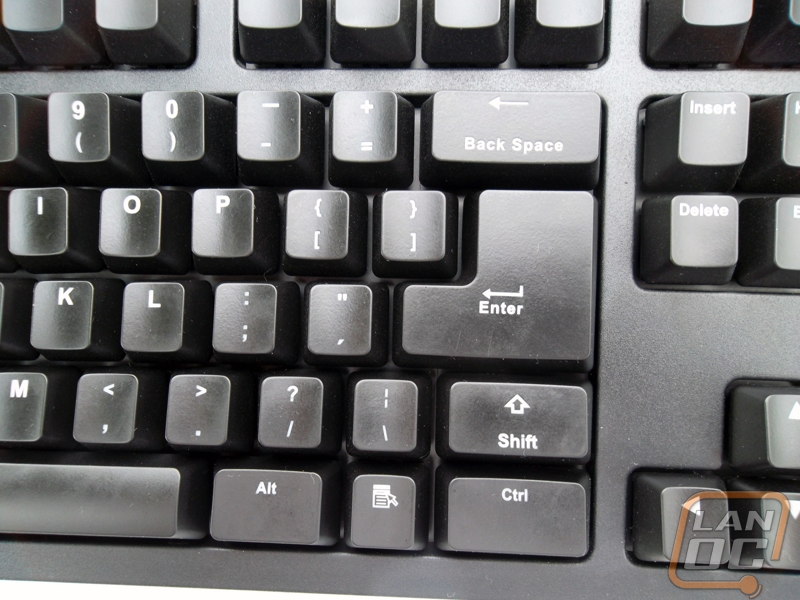 Thermaltake has chosen to go with CherryMX Black switches as opposed to the seemingly standard Red switches found in most high end gaming mechanicals. The stiffer switch offers a more deliberate press and less of a click while still maintaining a nice response time for each single and double press.

Backlighting options abound, as you would expect, in a model given the Illumination moniker. The Meka G has several zones available to individually light through the included software. The Illumination edition also comes with four levels of backlighting brightness along with a pulse setting. 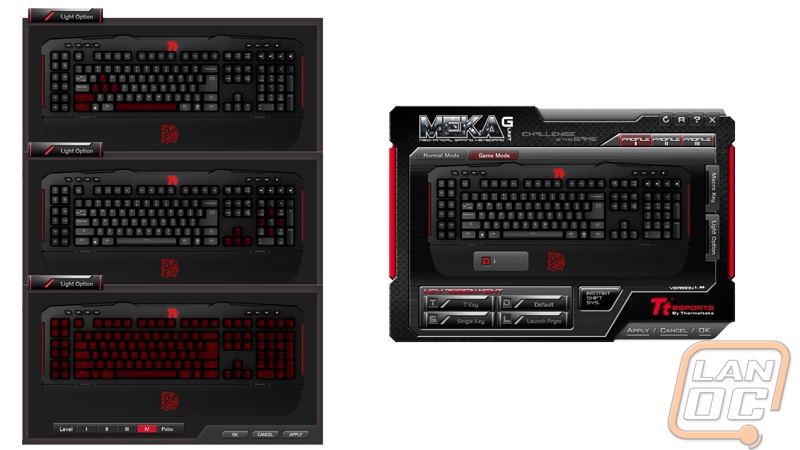 The top of the keyboard itself boasts a bevy of connections with a pair of USB connectors as well as HD Audio ports and the keyboards own connector. Being a travel minded e-sport accessory this is quite the boon for a quick setup and teardown. 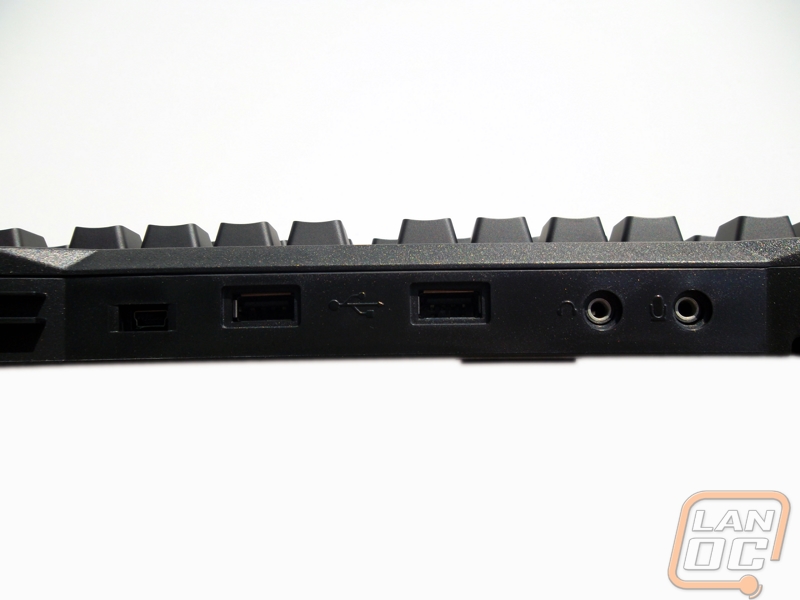 On the bottom you find rubber grip pads meant to hold the board in place and keep it stable. Even the foldable feet have rubber in both their flat and inclined orientation which looks to be a nice touch. 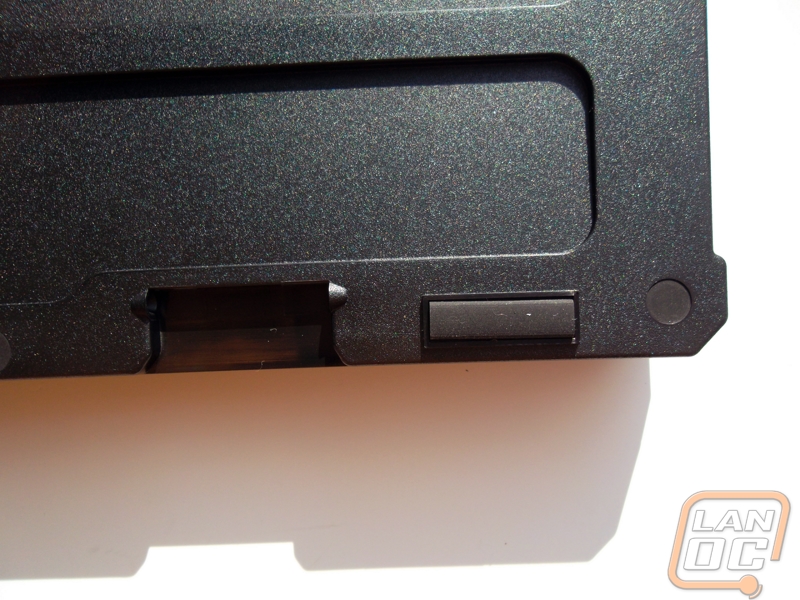 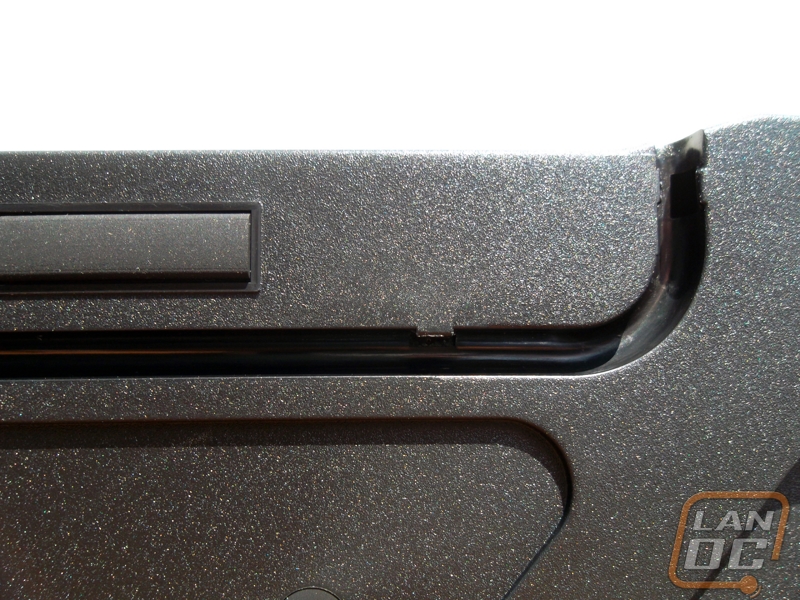 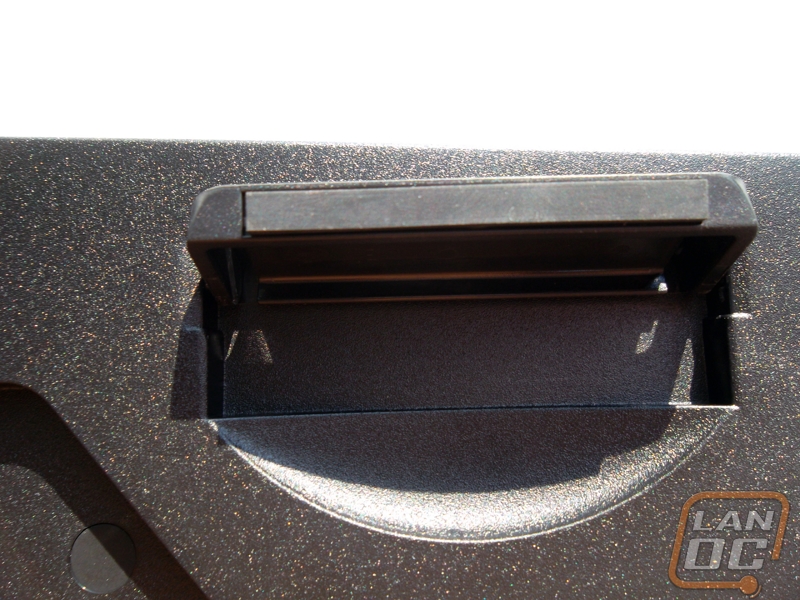 We have 1451 guests and one member online