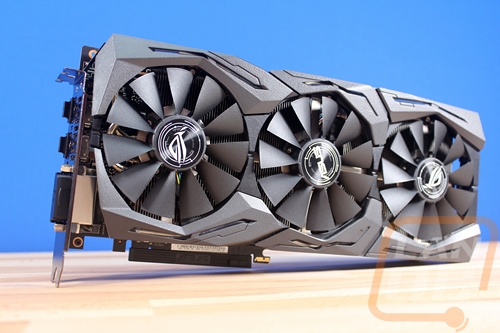 While getting components in for an upcoming build, Asus sent over their new GTX 1080 that is running the new 11Gbps memory from the 1080 Ti. I couldn’t just have the card come into the office without taking a closer look. I was really digging what Asus had going on with the Strix RX 570 that I took a look at, so today I’m going to see what they have to offer in the Strix GTX 1080 11Gbps and then run it through all of our normal testing to see how it performs as well as how it compares to the similar MSI card that already covered.

So before getting into testing, I did get a GPUz screenshot. This way we can make sure Asus has the card running at the speeds advertised and to document the exact driver and BIOS version tested on. So the GPUz shows out Boost clock at 1835MHz, this is the same as the gaming mode clocks listed in the specifications as the default mode. The OC mode can get you another 25 MHz as well if you need it. The 1835 MHz boost clock is just a touch higher than the 1823 MHz of the MSI card I took a look at a little over a month ago. 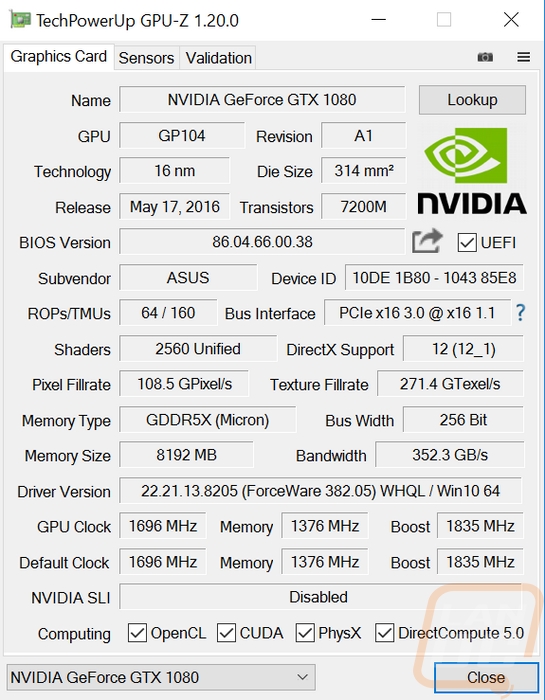 We have 1363 guests and one member online