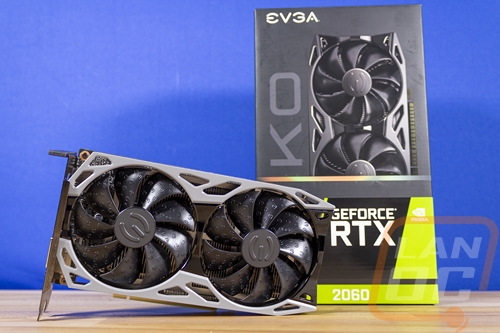 Well last week was crazy! AMD launched their RX 5600 XT, but before that happened Nvidia announced a lower price for the RTX 2060. Not long before the launch some of the AMD cards received big BIOS updates with significant overclocks. Altogether, it was all great for anyone considering a video card right now. I tested the RTX 2060 Founders Edition against our RX 5700 XT sample but I did also have the new EVGA RTX 2060 KO come in as well. We haven’t seen the KO branding in a long time, it has a different cooler and PCB design designed to fit with the new Intel NUC 9 platform announced at CES and for the GPU it is sporting cut down TU104 GPUs which are originally from the RTX 2080 and both RTX 2070 variations. I’m excited to see how EVGA’s new card performs and to also another look at the high end 1080p options when the 2060 has an aftermarket cooler attached. 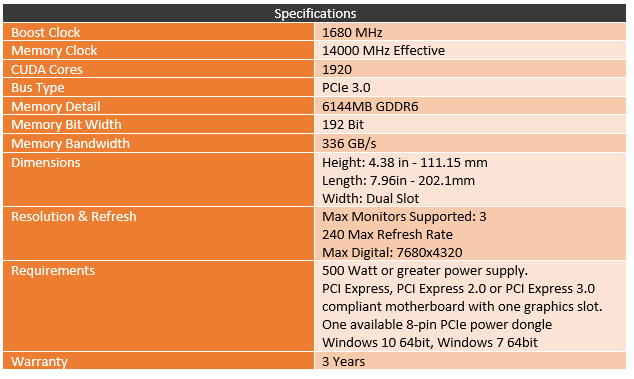 As always, in addition to the specification listing, I like to get a screenshot of the GPUz. This gives us a chance to confirm that there isn’t any funny business with the card being overclocked beyond what it would off the shelf or past the specifications. In this case, we can see that the boost clock is at 1680 MHz which is the 2060 stock speed. You can also see which BIOS revision I tested with, that we have the Samsung GDDR6 should that change with future cards, and the drive I tested with (441.87). This also tells us which GPU we are using which is one of the oddities of the 2060 KO. For any other normal 2060, it would be the TU106 but this is the TU104 which is what was used in the RTX 2080 and both RTX 2070 variations. Shaders and everything else still matches the 2060 specs though. 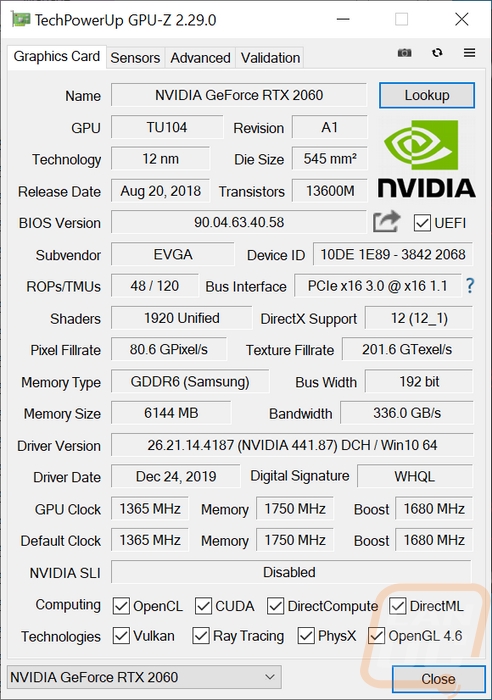 We have 1477 guests and one member online