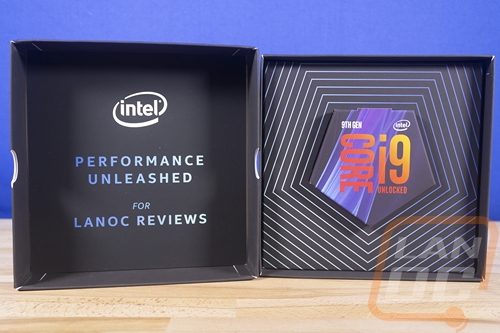 For some people, performance is all you have to worry about. But for some builds power usage and heat are a concern. Especially in smaller builds where there isn’t room for a full-sized power supply or traditional cooling. So let's take a look at how the 9900K did in our power and temperature testing. For the power testing, I had our test system hooked up to our Kill-A-Watt and ran three tests. The first was idle power usage, the 9900K did very well here, pulling 15 watts less than all of the Ryzen CPUs. Remember all of these results are for the entire system. Putting the 9000K under load I tested again, for a load I used wPrime to light up all 16 threads and the system pulled 239 watts. This is right up there with Intel’s Core-X CPUs and 64 watts higher than the 2700X. I then followed up that test by putting the CPU under load with the AIDA64 Stress Test, focusing on the FPU load. Here the 9900K was again up near the top of the charts with the Core-X CPUs, as it turns out cranking the clock speed up and packing 8 cores into a CPU can pull a lot of wattage. 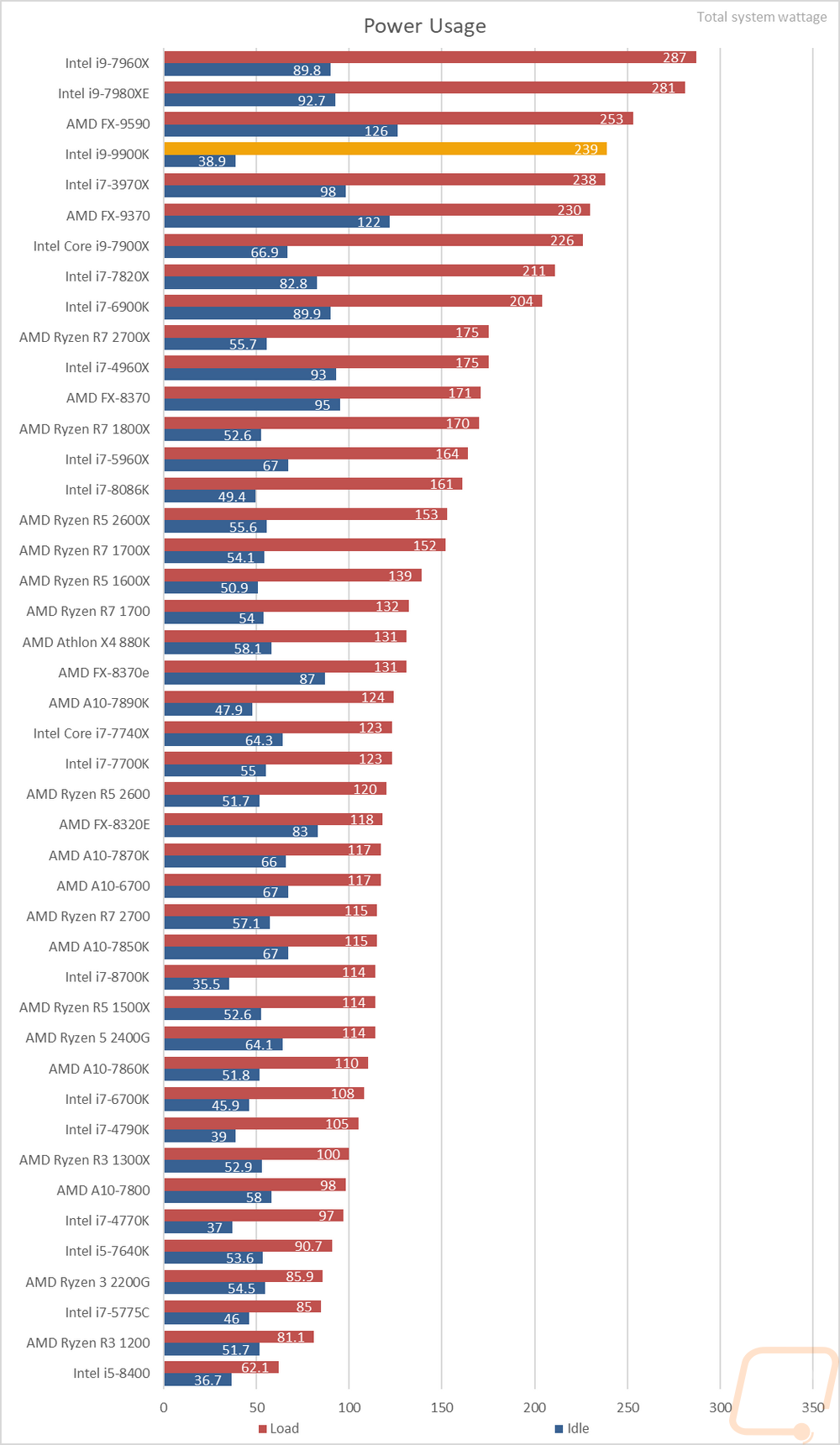 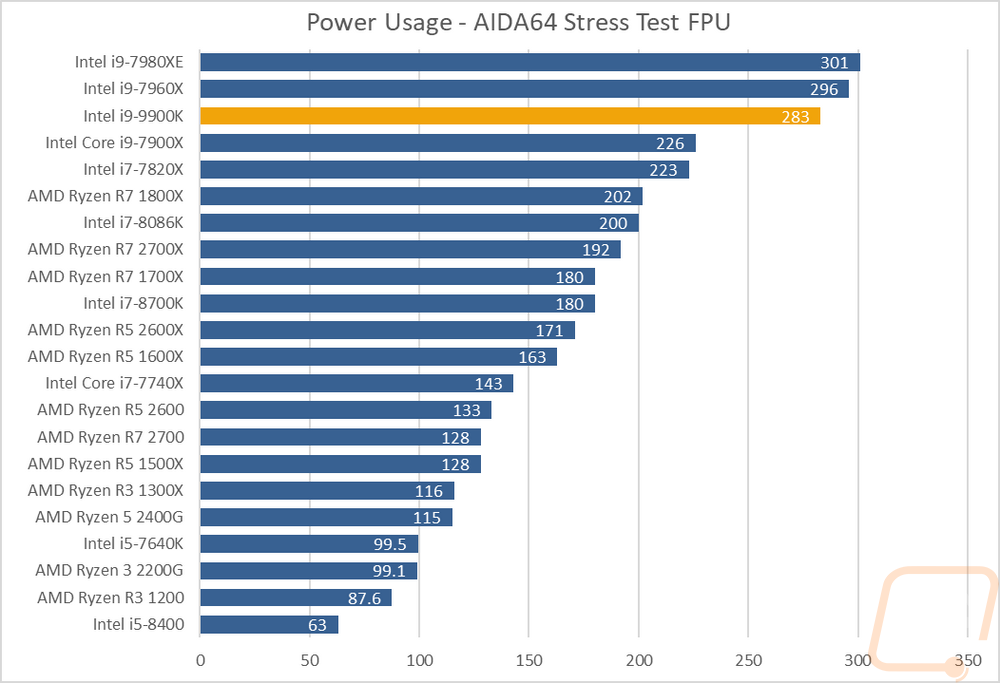 My last test was temperature testing. Now, this test is done using AIDA64 again with that same FPU load. For cooling to keep things consistent all of the CPUs tested were tested with a Noctua NH-U12S and even with a higher core count and that 5 GHz turbo clock speed the 9900K didn’t really keep up, even with the 8086K and 8700K. Adding two more cores really adds to the heat. Now the soldered TIM does help I’m sure, without that I suspect it would be overheating. The end result was 89 degrees while under load for a half hour. The 2700X was in its own class here at 54 degrees with the same cooler. 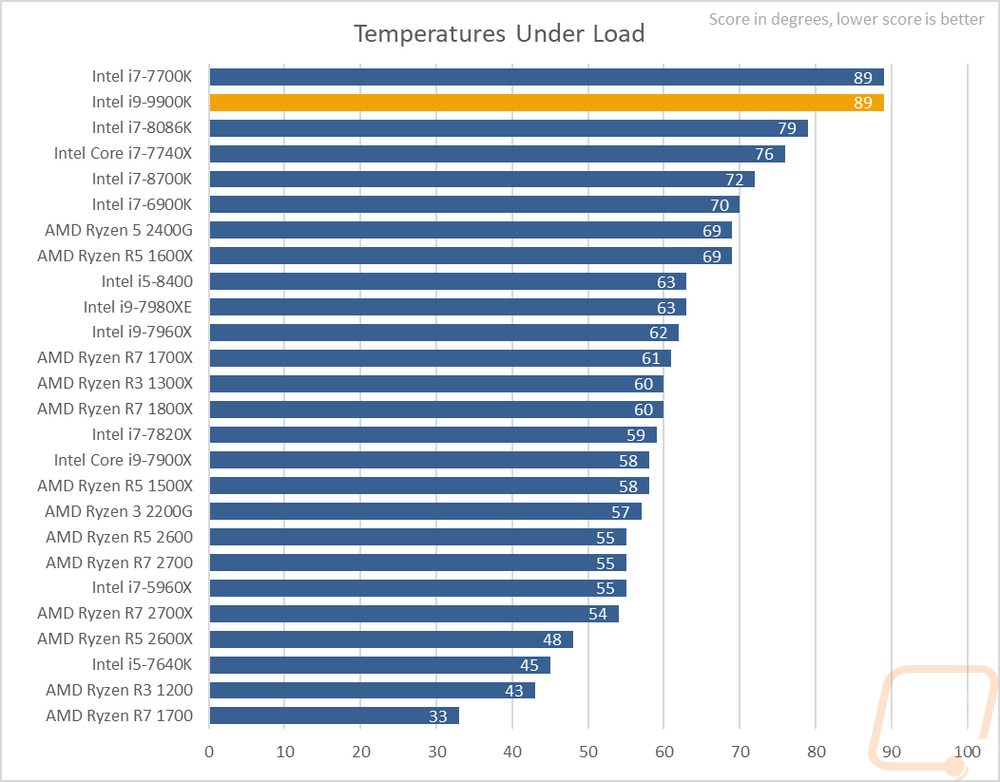 We have 1466 guests and one member online