For years the idea of video conferencing and video phones was only a pipe dream or a prop in low budget Sci-Fi films. When the internet came around this dream started to become a reality but with many limitations. More recently the idea of video phones has gained a little more traction with the inclusion of microphones and web cams on almost every laptop and some home pc's (in fact I type this right now on a low budget netbook with the features needed to do this). Of course not everyone has this ability and this is where Microsoft comes in with their LifeCam series, specifically the VX-5500. With programs like MSN(windows) messenger and Skype along with the VX-5500 you have the ability to let people see you while they talk (of course this depends on if they really want to see you). Today I'm going to take a look at the VX-5500 to see how it performs at home and on the go to keep in touch with friends and family. 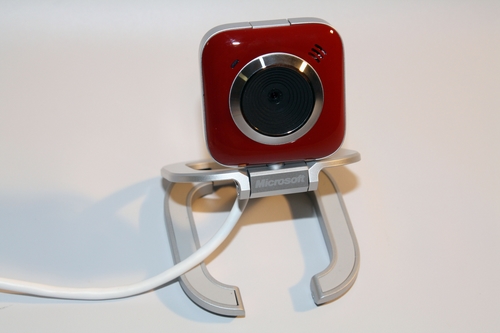 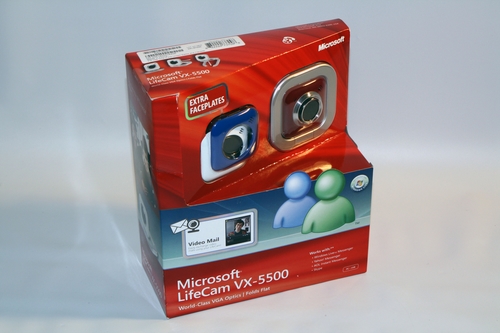 Packed in a red box (what a shocker ;p) with a large Windows Messenger logo on the front along with both the XV-5500 and both of the face plates showing through the plastic. On the front Microsoft was clear to point out that this Web Cam works with Windows Messenger, Yahoo, AOL, and Skype. On the back of the packaging Microsoft was able to highlight a few of the main features of the VX-5500 along with a few pictures showing how versatile the mounting system is. Because of the shape of the box, pulling the inside box out was a little difficult. Inside the VX-5500 and the two extra face plates are inside of a plastic clamshell that opened up without any issues. 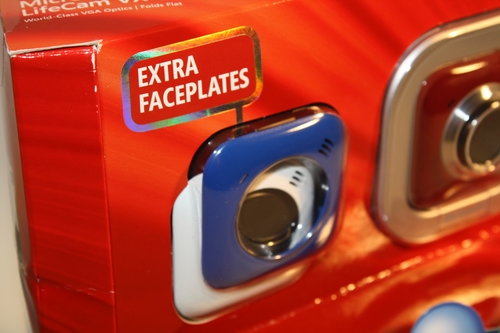 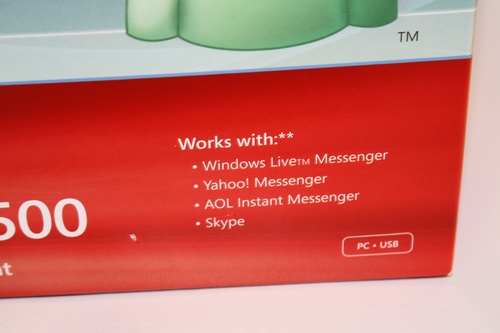 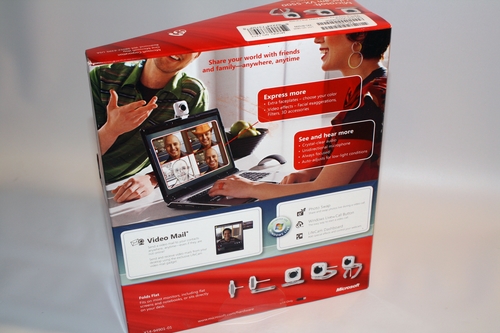 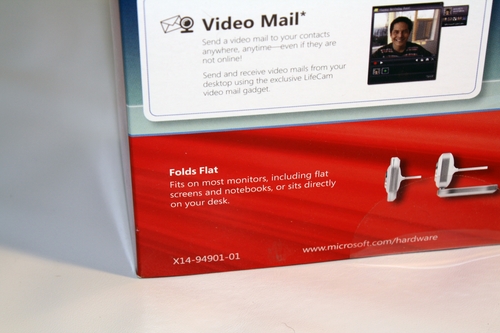 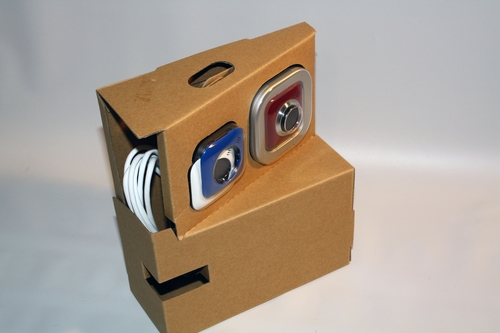 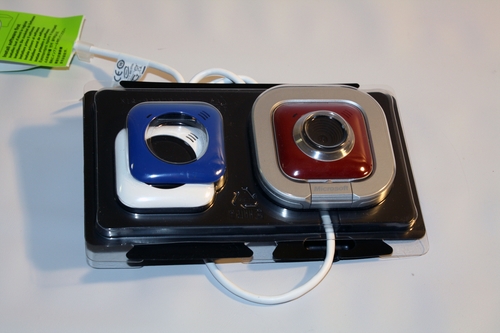 Setting up the VX-5500 was short and sweet. As always, Microsoft's hardware includes easy to install software although when I tested the VX-5500 on a copy of Windows 7 I was able to the LifeCam without the included software (of course without some of the special features from the software). While installing the VX-5500 I found out how versatile the mount is. I was able to mount the VX-5500 on my desk, pc monitor, and laptop's screen easily and without any issues. 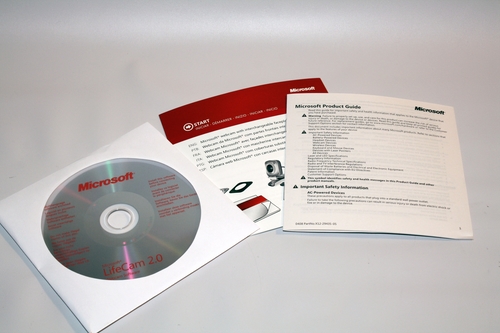 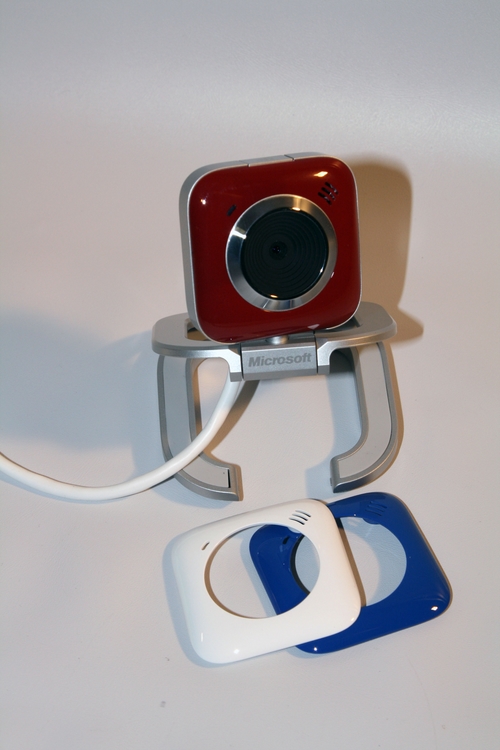 After setting everything up I was excited to play around with VX-5500 along with some of its features and effects. I found that image quality was good considering the 640 by 480 resolution. The VX-5500 responded well to both low and high light situations making it perfect for use in any room. The LifeCam software is simple with sound, video, and photo options at the bottom. On the top right there is a button with stars on it, when press a sidebar with different camera effects opens up. These effects rang from black and white, house off mirror effect, even to adding hats or masks. This is where the VX-5500 stands out to me. Below you will find a few pictures of me messing around with the LifeCam. I did take a few using the hat and facemask effect but decided to avoid further embarrassment. The inclusion of a microphone was welcomed, the last time I owned a webcam I had no sound. This did cause me a small issue while playing games at first, I didn't realize the built in gets set as your default mic after it is installed, if you use a headset I would recommend double checking this setting. 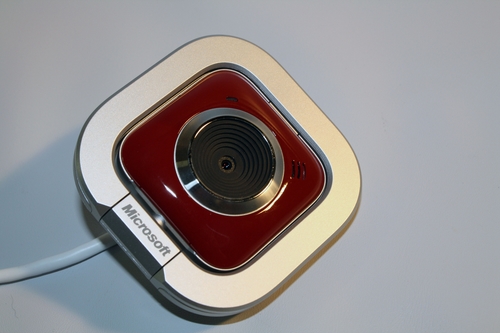 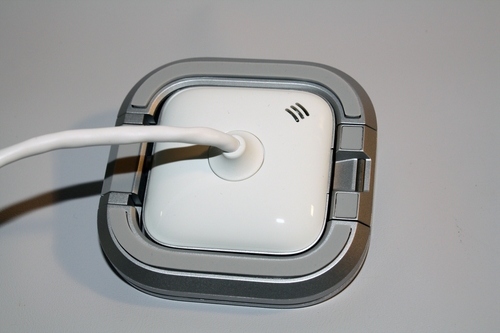 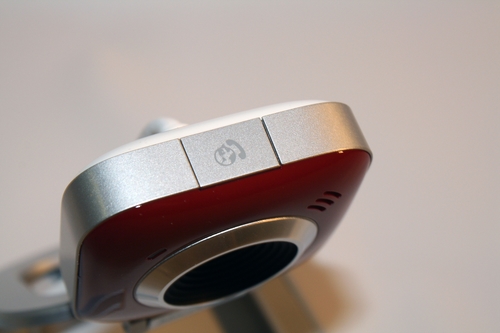 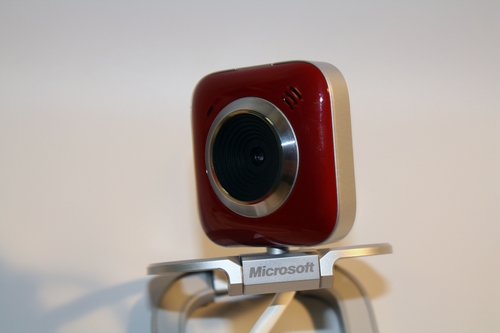 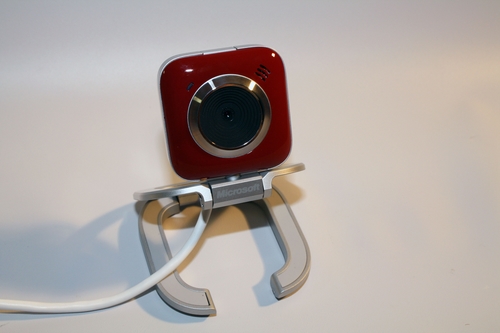 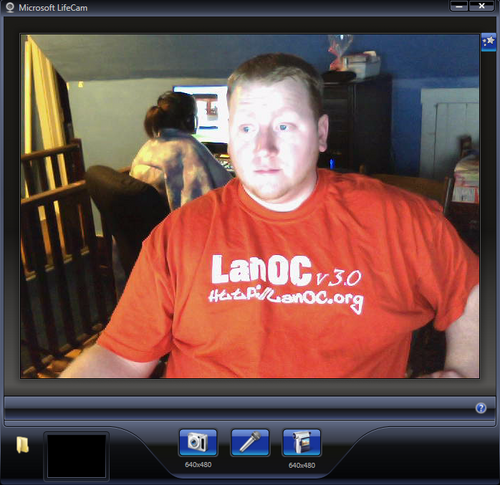 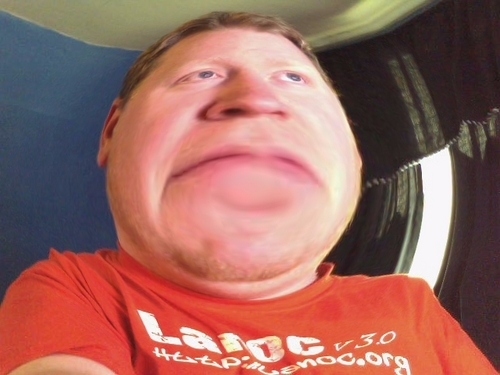 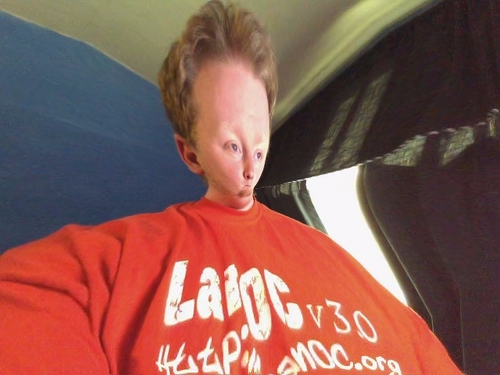 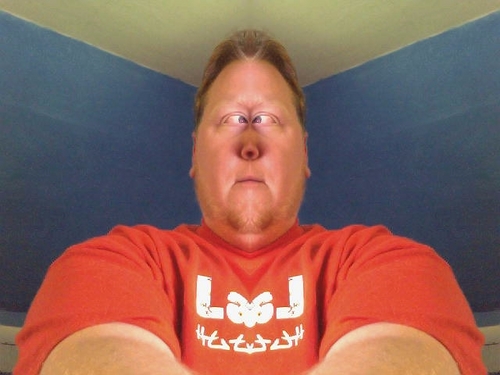 So after spending time with the VX-55500 LifeCam I was able to get a good idea of its functionality and usefulness. I was really impressed with the mounting system to gives you the ability to sit the VX-5500 on the table just as easily as mounting it to a laptop or monitor. The interchangeable faceplates are perfect for anyone who worries about style. The included software has a wide range of effects, you can even give yourself something similar to a KISS mask (lol). Overall the VX-5500 is a great product with a long list of good features. My only complaints would be the price being a little high considering you can get portable digital video cameras for around $100. I would also like to see a little bit higher resolution to matches today's high resolution monitors, 640 by 480 is small when watched on a 1920 by 1200 resolution monitor. 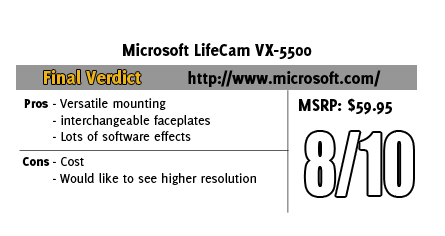 You might call him obsessed or just a hardcore geek. Wes's obsession with gaming hardware and gadgets isn't anything new, he could be found taking things apart even as a child. When not poking around in PC's he can be found playing League of Legends, Awesomenauts, or Civilization 5 or watching a wide variety of TV shows and Movies. A car guy at heart, the same things that draw him into tweaking cars apply when building good looking fast computers. If you are interested in writing for Wes here at LanOC you can reach out to him directly using our contact form.
Discuss this article
Log in to comment
Posts in discussion: Microsoft LifeCam VX-5500

We have 1656 guests and no members online