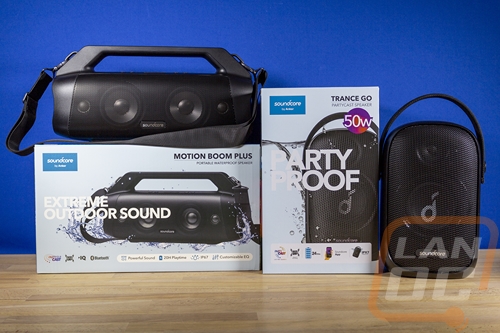 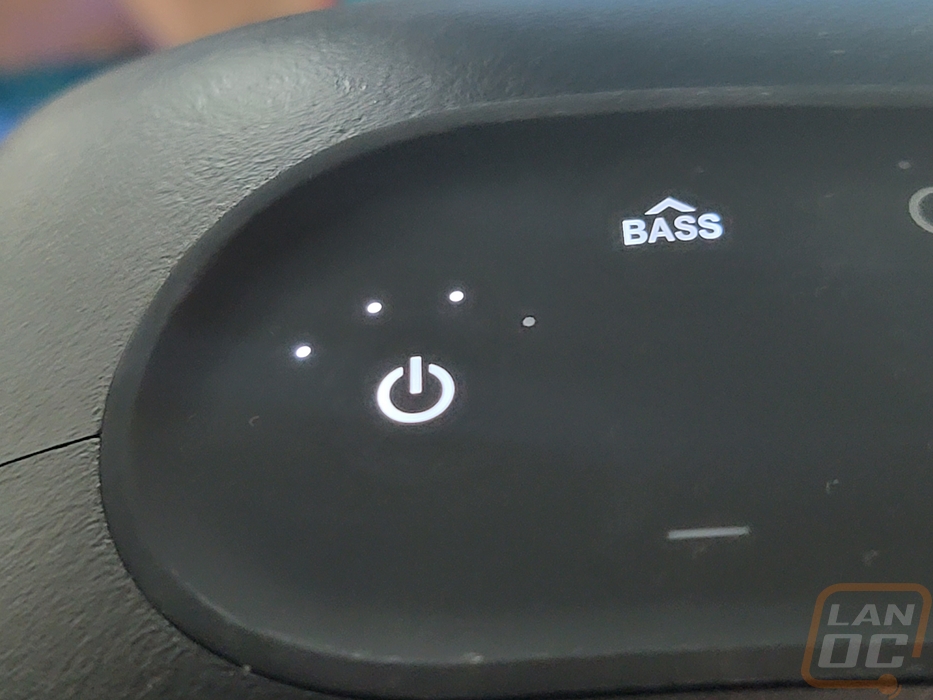 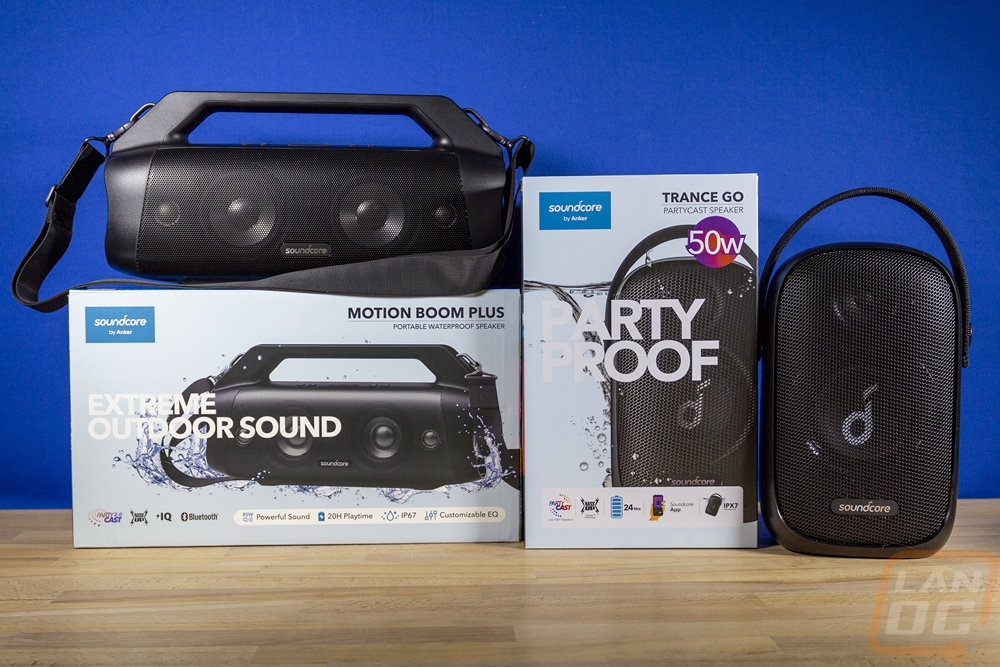 The smaller footprint of the Trance Go does make it easier to put in some areas like on the railing of our pool or the deck railing. Both speakers are waterproof which is a big relief, you don’t need to stress about being too close to the pool or ocean and splashing or a popup rain won’t be an issue as well. The Trance go is rated IPX7 which means that it hasn’t been tested for dust but it is waterproof to 1 meter. The Motion Boom Plus on the other hand is IP67 which is dust tight and waterproof to 1 meter. Given that the Trance Go is waterproof I doubt that it can’t also handle dust, but it hasn’t been tested for it. This means that even if you are away from the water the Motion Boom Plus isn’t going to be a problem when camping, with sand, or around dirt on a job site. Both also have large batteries which are perfect for those situations as well. The Trance Go has a battery capacity of 4900mAh and depending on your volume levels can run for 24 hours. The Motion Boom Plus has a much bigger battery capacity at 13400 mAh but because it runs at a higher wattage is only listed for 20 hours of play. That’s enough for a weekend of camping in most situations or weeks if you are just using it from time to time.

I’m glad both have great battery life because charging them using the short cords included is a pain. I would for sure replace the charging cord for either speaker with something longer if you don’t already have a nice Type-C charging cable. This is an area where the Megablast was nice because Ultimate Ears has the charging base as an option so we just never had to worry about battery life because it went right on to its dock when not in use. With all of that battery life, the Trance Go and Motion Boom Plus both have normal Type-A charging ports as well which you can use their internal battery as a battery backup to charge your phone or any other device.

Both the Trance Go and the Motion Boom Plus are supported by Soundcore’s app as well. In fact, this is the recommended way to get things going but simply connecting through Bluetooth will get the job done as well. When you connect using the app it checks the speaker's firmware to make sure there aren’t any updates and both the Trance Go and Motion Boom Plus had firmware updates when I hooked up to them.

Once updated the landing page has a picture of the speaker up top, a play/pause button, and the volume slider all easy to access. You can also switch between EQ profiles and turn the bass up mode on but what I like the most is that both also have the option to turn the speaker off using the app which means you don’t have to do that at the speaker if you are leaving it wherever it was sitting for example.

You can also go into the equalizer page and pick from the profiles or make your own profile.

The app will pick up and list all of the Soundcore speakers that you have set up previously and let you click on them to connect to them which is nice with the pictures. You can also get into the speaker settings page but this just lets you turn off the voice prompts and check the serial number and firmware versions.

The Soundcore app also lets you find community music and play it and a great example of this is the white noise option that they have featured right in the middle.

We have 1476 guests and one member online