The ability to see clearly through the fog of war can often tip the balance between the winning or losing force. That is why GIGABYTE has equipped the G1.Assassin motherboard to offer utmost graphics flexibility and upgradeability. With multiple GPU support, GIGABYTE G1.Assassin motherboard delivers maximum FPS (Frames Per Second), allowing gamers to see more clearly, aim faster, and move more quickly.

Onboard Creative Soundblaster X-Fi Digital Audio Processor (20K2) with X-Fi Xtreme Fidelity™ and EAX® AHD 5.0™ Technologies
Being able to hear where your enemy is located before you see them can put you at a distinct advantage in most gaming situations. That is why GIGABYTE has rigged the G1.Assassin motherboard with the industry’s most advanced audio solutions all onboard; giving you the highest caliber audio experience. GIGABYTE G1.Assassin is the world's only gaming motherboard to feature Creative's top-of-the-line Soundblaster Digital Audio Processor (20K2) onboard with X-Fi Xtreme Fidelity® and EAX® Advanced HD™ 5.0 technologies, allowing you to experience sound in your gaming world exactly as you would in real life.

Enjoy audio from your PC through your home theater with Dolby® Digital Live. A real-time encoding technology, Dolby Digital Live converts any audio signal into a Dolby Digital bitstream for transport and playback through a home theater system. With it, your PC can be hooked up to your Dolby Digital-equipped audio/video receiver or digital speaker system via a single digital connection, eliminating the confusion of multiple cables and ensuring the integrity of the audio signal.

DTS Connect is the perfect solution to enhance your entertainment experience using your home theater's Audio/Video Receiver. DTS Connect is comprised of two DTS technologies including DTS Neo: PC™ which takes 2-channel (stereo) audio and transforms it into a full-bandwidth matrix of your speaker layout (up to 7.1 channels) and DTS Interactive™ which encodes digital audio sources into DTS Digital Surround, which can then stream out to your Audio/Video Receiver using a S/PDIF connection.

Up to 10X Faster
Whether you're playing MMOs or first-person shooters, the Bigfoot Networks Killer™ E2100 game networking platform delivers up to 10X faster networking performance for a whole new level of online gaming performance.

As part of its box kit, the G1.Assissin motherboard features a convenient Front Access Control Panel that allows quick and easy access to 2 USB 3.0 ports and Power eSATA. The Front Access Control Panel also features a Quick Boost button that allows gamers to instantaneously overclock their system with a single press of a button. Imagine being in the thick of battle and being able to get a super charged on-the-fly performance boost without the need for a system reboot.

When you're behind enemy lines, intelligence data latency can get you killed. That is why GIGABYTE G1.Assassin motherboard provides ultra fast data transfer performance with onboard integration of the latest SuperSpeed USB 3.0 for up to 8 ports (4 front panel, 4 back panel), SATA Revision 3.0 (6Gbps) technologies from Marvell, and an unprecedented 3x USB power boost on all USB ports for the most power hungry USB devices.

Modeled after the common firearms issued to soldiers deployed to a warzone including pistol, rifle and ammo clip, the Locked and Loaded heatpipe design utilizes a unique fluting technology similar to a rifle barrel fluting, which allows for maximum heat dispersion.

Further helping to eliminate heat are the 5 strategically placed Smart Fan pin headers which allow for more precise control of system and CPU fans. Equipped with their own individual thermal sensors, the Smart Fans can be easily controlled via GIGABYTE’s EasyTune™ 6 utility as well as in the BIOS.

The GIGABYTE Ultra Durable™ 3 design features twice the copper for both the power and ground layers of the PCB, dramatically lowering system temperature by efficiently spreading heat from critical areas of the motherboard (such as the CPU power zone) throughout the entire PCB. GIGABYTE's Ultra Durable™ 3 also lowers the PCB impedance by 50%, which helps to reduce electrical waste and further lowers component temperatures. A 2x Copper layer design also provides improved signal quality and lower EMI (Electromagnetic Interference), providing better system stability and allowing for greater margins for overclocking...more

Like the pistons and cylinders of a car engine, the design of the motherboard Voltage Regulator Module (VRM), component quality and number of power phases greatly affects motherboard performance. GIGABYTE engineers were first to realize not only the importance of using the best quality components for this critical area, but also that with more power phases, there can be more power available to your CPU. With 16 phase power design, Dual CPU Power and Driver MOSFETs, GIGABYTE G1.Assassin motherboard delivers the best-in-class system performance and power stability required for elite gaming systems.

Hybrid EFI Technology combines the benefits of GIGABYTE's mature BIOS platform including stability and compatibility with 3rd party products with 3TB+ HDD support from EFI technology, allowing GIGABYTE to offer the best of both worlds through a quick and easy BIOS update using GIGABYTE's @BIOS utility that is freely available from the GIGABYTE website. 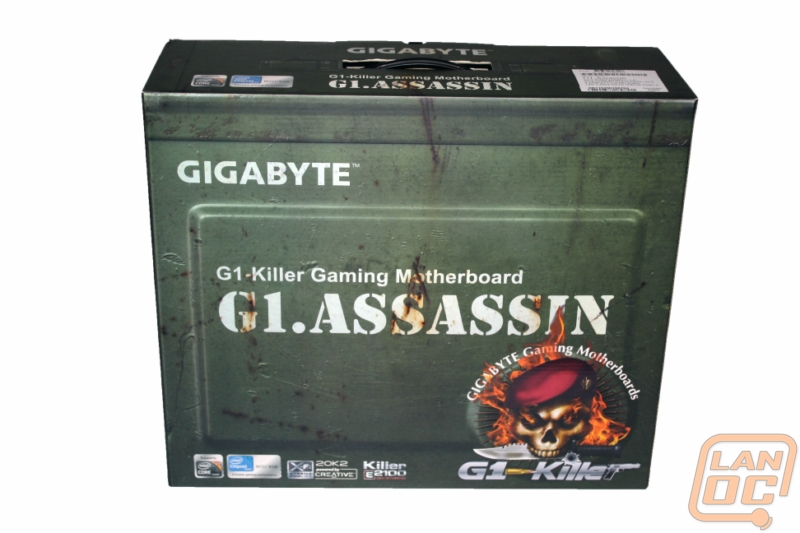 We have 1185 guests and one member online